Settlers invade the village of Qusra, where they are trapped by village residents. Palestinians eventually call the Israeli army to evacuate their attackers. Qusra has a long history as the target of settler violence. 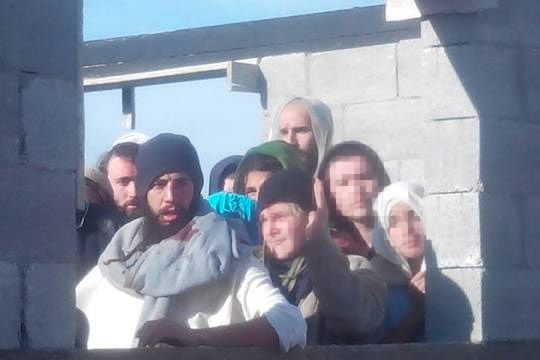 Palestinians in the West Bank village of Qusra caught a group of Israeli settlers who they said invaded the village to carry out a so-called “price tag” attack against locals, leading to a standoff that lasted over two hours on Tuesday.

The incident began late Tuesday morning when the Israeli army demolished an agricultural plot belonging to the settlement outpost of Esh Kodesh, Israel Radio reported (Hebrew). In response, some 25 settlers descended toward the neighboring village of Qusra to carry out a “price tag” attack.

“Price tag” attacks are vandalism and other violence by settlers directed at Palestinians, generally in response to Israeli army demolitions of illegal settlement structures.

The settlers physically attacked a Palestinian family and farmers and attempted to uproot olive trees in fields between the settlement and the village, explained Zacharia Sada, a field worker for Rabbis for Human Rights who witnessed the events.

Villagers quickly arrived on the scene and light clashes broke out until the army arrived to separate the two sides, Sada said. A smaller group of settlers, however, went around the soldiers and ran into the village, ostensibly to carry out a “price tag” attack in retaliation for the demolition in the settlement.

Villagers quickly spotted the invading settlers, who after some clashes ran into a Palestinian home and sought refuge on an unfinished second floor. Several were lightly injured by the villagers as they were chased into the house. 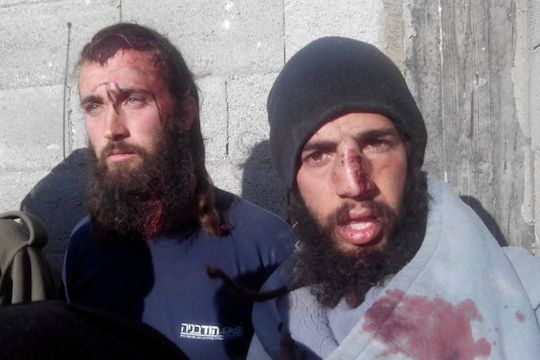 Two of the settlers who invaded and were subsequently trapped in Qusra. (Photo: Zachariya Sada/Rabbis for Human Rights)

A Palestinian Authority officer who was in the village, along with Palestinian human rights workers, put themselves in between the enraged villagers and the would-be Israeli attackers, Sada recalled.

The Palestinian officer then called the Palestinian District Coordinating Office (DCO), which in turn helped dispatch Israeli security forces to the scene to evacuate the Israeli settlers, Saad added.

If they hadn’t been there, the human rights worker said, things could have turned out badly. 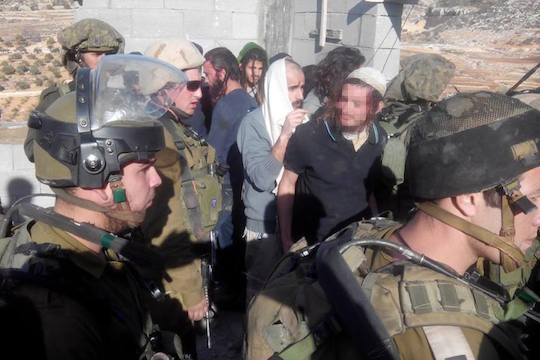 Israeli soldiers evacuate the settlers from the village of Qusra, which they invaded, allegedly to carry out a price tag attack. (Photo: Zacharia Sada/Rabbis for Human Rights)

According to the witness, at least some of the settlers who were caught inside Qusra were the same people who attacked the Palestinian family and farmers earlier in the day.

The Israeli army released the settlers after evacuating them from Qusra, the Times of Israel reported.

Qusra has been a regular target for settler violence, especially in the past year. In February of last year, settlers descended toward Qusra and shot at least one Palestinian while the Israeli army watched and backed them up, an incident that was photographed. A number of Israelis were arrested in connection with the shooting but were never charged.

A month later, settlers torched six cars in Qusra in an apparent “price tag” attack. The police investigation into that incident is a story in and of itself.

Correction:
This story was corrected to reflect that the Israeli army demolished an illegal agricultural plot adjacent to the settlement of Esh Kodesh, not a built-up structure as was initially reported by the Israeli media.

Related:
A history of violence in Qusra: Not ‘clashes,’ but ‘pogroms’
Two sides of the same coin: How soldiers and settlers complete each other 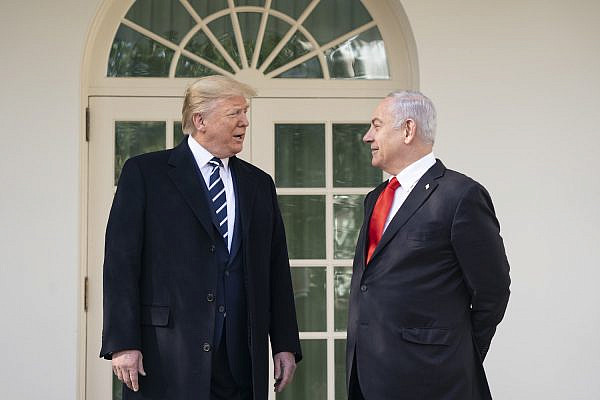