The Israeli army has displaced more Palestinians since the start of this year than it did in all of 2015, the UN reports. Dozens protest the fourth such demolition in Khirbet Tana in recent months. 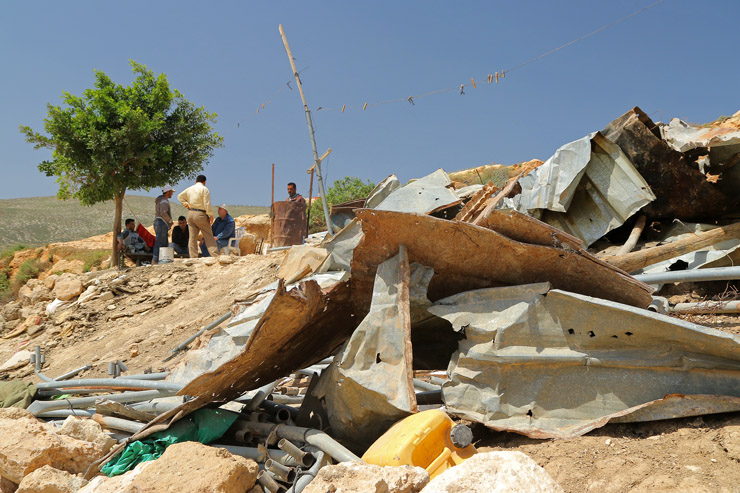 Around 100 Palestinians protested the Israeli army’s stepped-up campaign of home demolitions by holding Friday prayers in front of a partly demolished mosque in Khirbet Tana, a small village east of Nabus. The mosque dates back to Ottoman times.

A total of 54 structures were demolished in nine Palestinian communities across the West Bank on Thursday alone, displacing 124 people, including 60 children, according to the UN’s Office for the Coordination of Humanitarian Affairs (OCHA). On Wednesday the army demolished six structures in the Palestinian village of Umm el-Kheir.

The most recent demolition in Khirbet Tana Thursday, which was the fourth demolition in the village this year, destroyed several tents, homes and livestock structures. The army also confiscated one car, a tractor and some water tanks.

Several decades ago Israeli military authorities declared Khirbet Tana and the surrounding area as a live-fire army training zone, a tactic Israel uses in various parts of the West Bank to push Palestinian communities out. 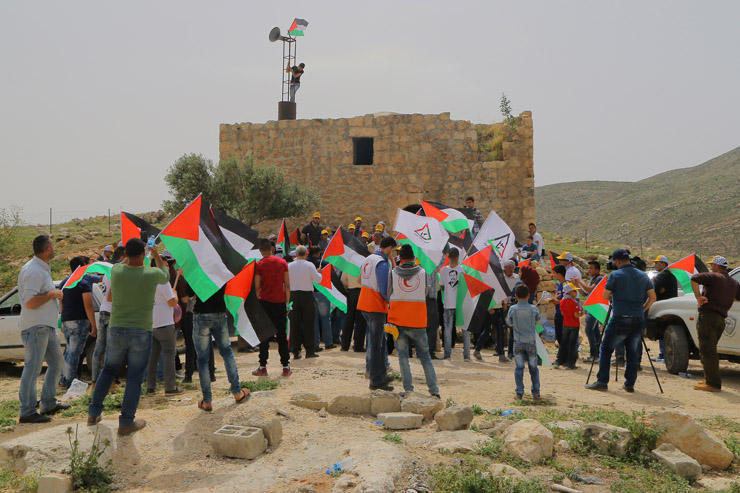 Dozens of Palestinians protest in solidarity with the residents of Khirbet Tana, where the Israeli army this week demolished structures for the fourth time in 2016, Khirbet Tana, April 8, 2016. (Ahmad al-Bazz / Activestills.org)

UN Coordinator for Humanitarian and Development Activities for the occupied Palestinian territory Robert Piper visited the village in late March.

“It’s hard to see how demolitions like the ones in Khirbet Tana are about anything other than pushing vulnerable Palestinians out of certain parts of the West Bank,” Piper said at the time.

Research by OCHA shows that some 18 percent of the West Bank is designated as military training areas, although “nearly 80 percent of such military areas are not used for training.” 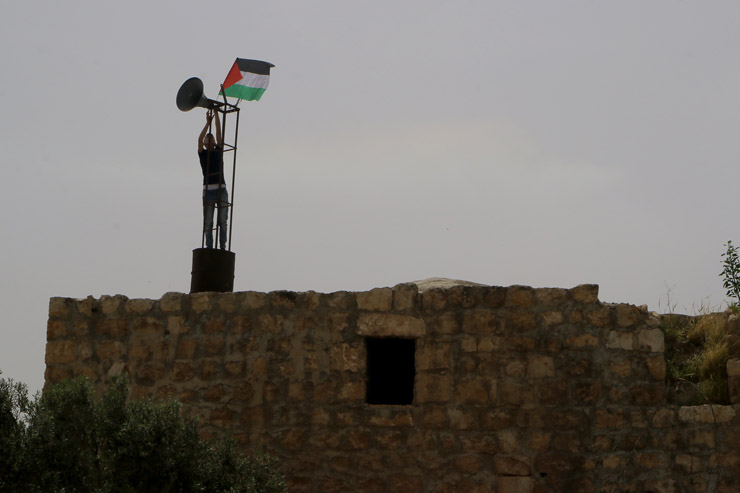 A man raises a Palestinian flag on top of the partially demolished Ottoman-era mosque in Khirbet Tana ahead of a protest against Israel’s stepped up wave of demolitions, April 8, 2016. (Ahmad al-Bazz / Activestills.org)

Speaking at the protest on Friday, Abu Mahmoud Hanani, a resident of Khirbet Tana said, “This is an ongoing campaign to uproot us from this land even though we were living here even before the creation of Israel.”

Another resident, Rasem Hussein took a resilient tone: “we are used to this kind of Israeli occupation demolitions. It will never force us to leave.”

More demolitions so far this year than all of 2015 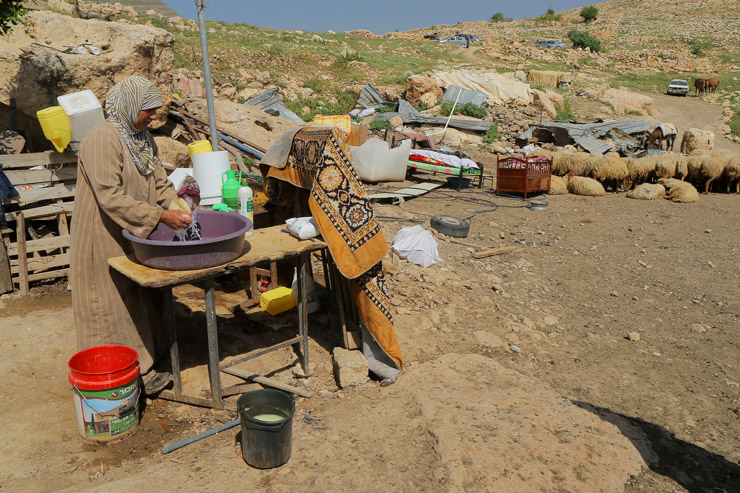 The Israeli military has dramatically stepped up the demolition of Palestinian homes and structures in 2016.

The army demolished 539 Palestinian-owned structures in Area C of the West Bank thus far in 2016, compared to a total of 453 structures in all of 2015, according to OCHA.

The head of Israel’s military government in the West Bank publicly admitted this week that the army demolishes Palestinian homes at a vastly higher rate than it does Jewish settler homes that it deems illegally built.

“Our enforcement against Palestinians is hundreds of percentage points higher [than against Jews],” Maj.-Gen. Yoav ‘Poli’ Mordechai told the Knesset Sub-Committee for Judea and Samaria (West Bank) Affairs on Wednesday. 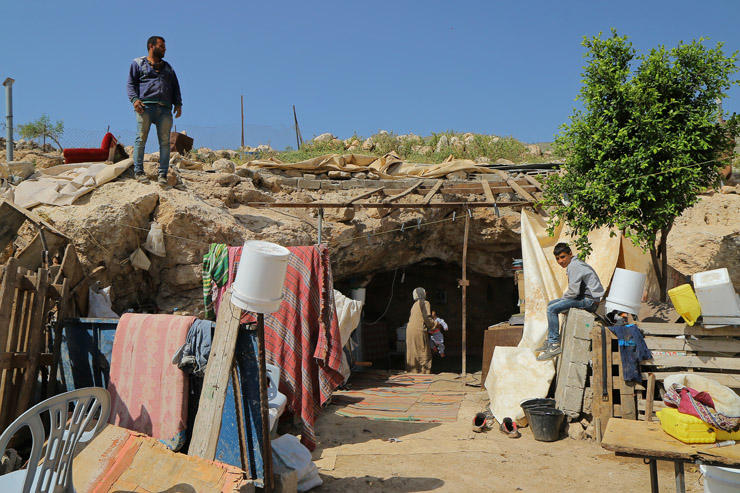 Palestinian residents of Khirbet Tana examine the damage after Israeli military forces demolished a number of structures in the village earlier in the day, West Bank, April 7, 2016. (Ahmad al-Bazz / Activestills.org)

Residents of Khirbet Tana take shelter from the sun under a tree following the Israeli army demolished their homes and other structures earlier in the day, West Bank, April 7, 2016. (Ahmad al-Bazz / Activestills.org) 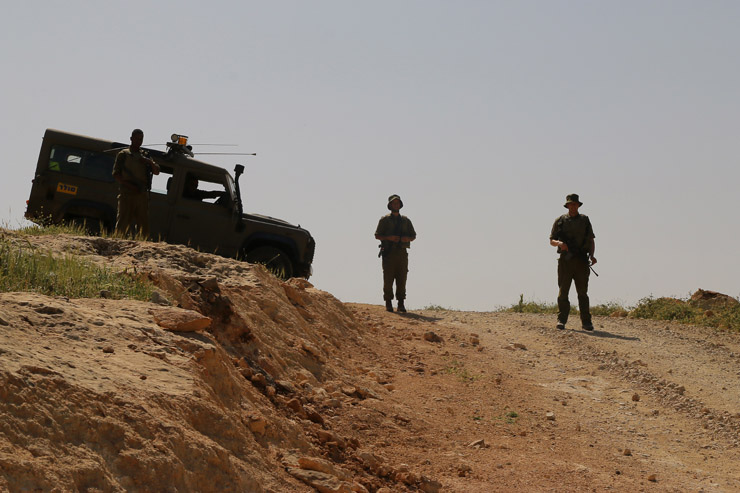