There are no real surprises in the Palestine Papers. The PA’s stumbling, incoherent responses to the allegedly scandalous revelations are not surprising either. The real lesson to be gleaned from the documents is that the Palestinian negotiators failed to understand the goal of ‘peace’ negotiations

So who leaked the documents? I’m not sure the question is really that interesting. I can point out that ever since President Mahmoud Abbas (Abu Mazen) declared war on former Gaza strongman and Fatah rival Mohamed Dahlan, it has been obvious that Dahlan would never fall alone. Revenge is sweet.

But what really caught my attention was the PA’s dismal media strategy, its most prominent characteristic being the complete lack of any unified position. These guys really need to get their stories straight.

Abbas did not question the documents’ authenticity. Instead, he said that the Arab states were completely aware of all aspects of negotiations with the Israelis. In other words, he tried to drag all the Arab states into the fight – which is a strategy he has been using for a long time. He has always relied on the support of the Arab governments.

PLO negotiating team leader Saeb Erekat, on the other hand, said that the Palestine Papers were “a bunch of lies.” Then he added, “The revelations do not deviate from what was discussed at Camp David.” Erakat always pulls the “Arafat Card,” as if to imply that by questioning Arafat, one is questioning the Palestinian revolution.

As for Yasser Abed Rabbo (Abu Bashar), he played the Sunni-Shi’ite card – but in the most ridiculous way: he accused the Sunni Hamas leaders of being the tools of the Shi’ite Iranians. That’s Abu Bashar’s strategy: he always blames the Iranians and the Shi’ites for ruining the Palestinian Authority’s reputation – as if the PA had any reputation left to preserve. 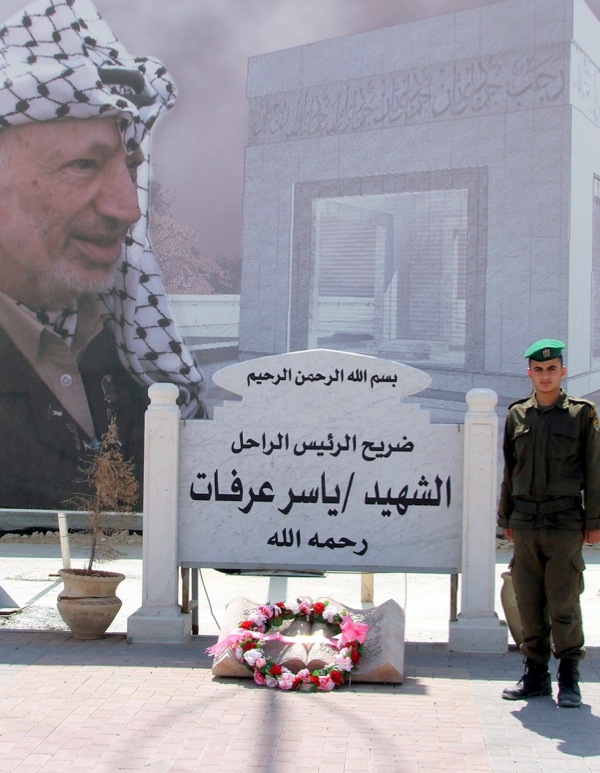 Another great defender of the PA is Maan News editor in chief, Nasser Laham. I find it amusing that he likes to give lessons in media ethics to others. Every time the media exposes a scandal in the PA he writes two or three opinion pieces in response. But instead of discussing the scandal itself, he discusses the hairstyle of the television news announcer, or the amount of weight he gained. Mr. Laham, you almost convinced us that you’re a media expert. Perhaps Maan followers are unaware that Mr. Laham does not have any journalistic qualifications. And no, the $1.5 million of USAID-funded equipment in Maan’s studios are not the fruits of his professionalism.

Following the publication of the Palestine Papers, Mr. Laham questioned Al Jazeera’s motives for publishing the documents. His argument was not that the information was inaccurate, but rather that Al Jazeera was “helping the enemy by exposing our scandals.” Perhaps he has forgotten that Maan is supposed to be an independent news outlet – not the official news outlet of the Palestinian Authority.

So for those of you under the impression that there are many Palestinian leaders defending the PA, don’t be fooled. The cacophony of voices comes from a few people who belong to many different clubs, and they are active members of them all.

Then we have the opportunism of Hamas, which is predictably disgusting. Yes, we all understand that Hamas wants to rule over the West Bank as well as Gaza. Thank heavens they are too stupid to succeed.

It is probably true that the Israeli government wants to get rid of Mahmoud Abbas. This is not because Abbas is particularly good for the Palestinians, but rather because the Israeli government’s greed knows no limits. The PA in general, and Abbas in particular, are being bullied. Abbas is like the kid in school whose lunch is stolen every morning by the class bully. He placates them by saying it’s okay, he doesn’t really want it, just let him have a bite or two if he’s hungry. Instead of giving him a bite as requested, the bully says, “Tell your mother to add more salt next time.”

What Abbas and his peers don’t understand is that peace is not the target. If peace was the target, then the Palestinians could have just left and handed over their land to the Israelis. There you go – no more war.

I don’t know if what we’re witnessing is funny or tragic. But I know one thing: The day these people fall, they will fall hard.