Our joint Jewish-Palestinian-German protest confused participants at the rally against anti-Semitism, and definitely confused the German police. We wanted to chip away at the automatic linkage between Jews and the State of Israel. 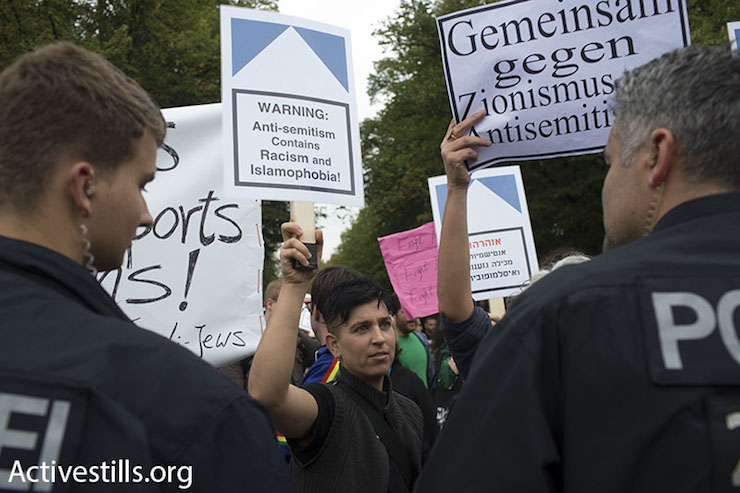 Demonstration against anti-Semitism and all racism in Berlin, September 14, 2014. (Oren Ziv/Activestills.org)

BERLIN — By the Brandenburg Gate in Berlin on Sunday, some 3,000 people rallied against anti-Semitism, at the initiative of the Central Council of Jews in Germany. As promised, German Chancellor Angela Merkel gave a speech. Many in the crowd were touched by her declaration of historical responsibility for the crimes of the past, and for ensuring that Jews are welcome in Germany.

We also came to the march — around 100 activists, a lot of Jews, Germans, Palestinians and others, and no small number of Israelis. We demonstrated with banners reading: “No to attacks on synagogues and mosques in Berlin and in Gaza”, “anti-Semitism ≠ anti-Zionism”, and some of the Israelis in the crowd carried a sign reading, “Merkel, give us German passports, not weapons.” 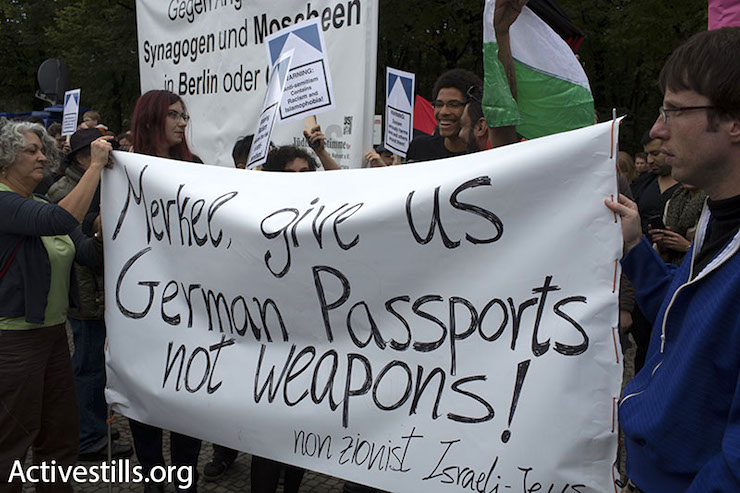 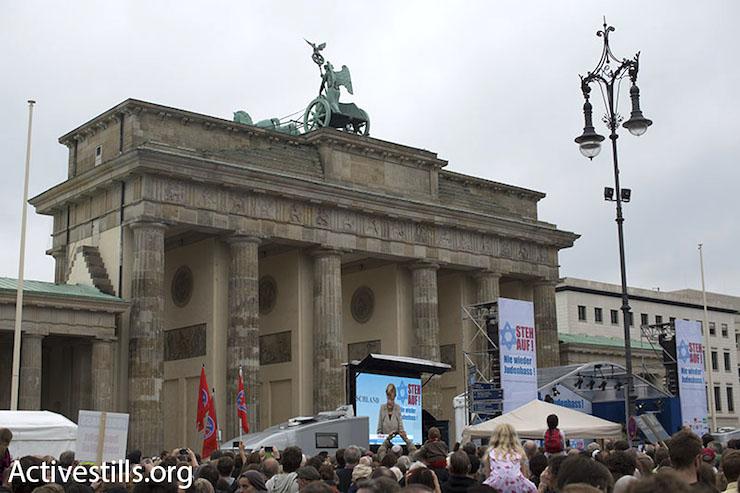 The goal of the non-Zionist bloc was to show that we exist as Jews and others, who oppose anti-Semitism and all racism, and who reject the automatic linkage between Jews and the State of Israel. Indeed, it was evident that the bloc’s presence sparked many discussions — not only between us and the other marchers, but also among the other groups. Along with hostile reactions, demands that we leave and those doubting the Jewishness of the Jews among us, many of us had open and positive discussions.

The police were pretty confused. They came and listened to our slogans through their walkie talkies and tried to understand whether we were for or against. The police officers stressed that they were in no way asking us to leave but when some of us made it to the middle of the march, the officers asked us to move to the sides. There were some participants who insisted on our right to be in the middle of it all, and that the rally was ours too. 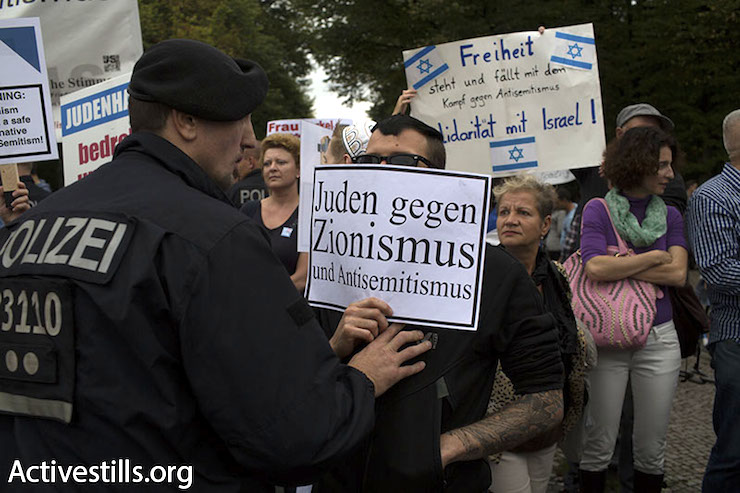 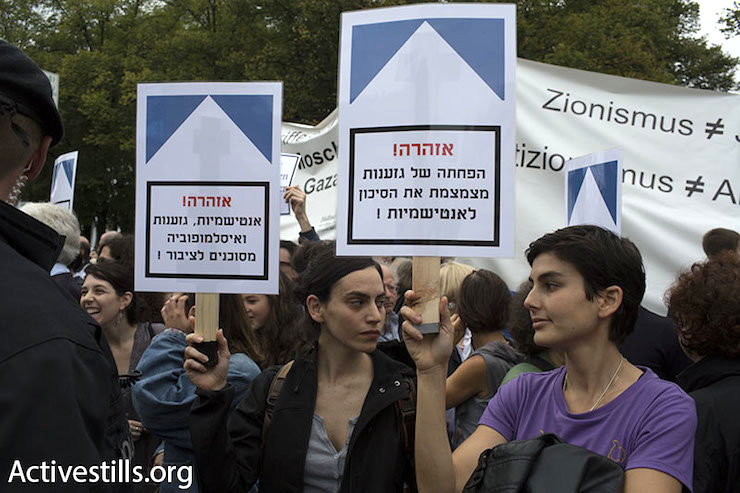 Demonstration against anti-Semitism and all racism in Berlin, September 14, 2014. The sign reads: “Warning! Anti-Semitism, racism and Islamophobia are dangerous to the public!” (Oren Ziv/Activestills.org)

Related:
Anti-Semitism has no place in Palestine advocacy
Fight occupation, anti-Semitism, Islamic State at the same time
A distorted portrait of Palestinian ‘anti-Semitism’
At the exiled Iranian Parliament in Berlin