A view of the Shuafat refugee camp covered with snow following a three-day storm, December 15, 2013. (Activestills.org)

Although it is hidden away from the view of most the city’s residents by a separation barrier, the Shuafat refugee camp is officially part of Jerusalem. Therefore, like every other neighborhood in Jerusalem, Shuafat’s residents (who pay municipal taxes) depend on the city for their infrastructure and sanitation services.

So what happens when the municipality simply ignores its own residents? They take matters into their own hands.

Three months ago, several young residents of Shuafat decided to take initiative and start an emergency response team (which they named “Taqam Taware’ Assalam,” or Emergency Peace Team) in order to fill in for the lacking infrastructural services. They began training in first aid and rescue skills and started to work together as a group.

Thus, when the biggest storm in years hit the region last weekend, the team quickly understood that they would be the ones to clear Shuafat’s roads of snow, as well as provide needy families with food and clean water. 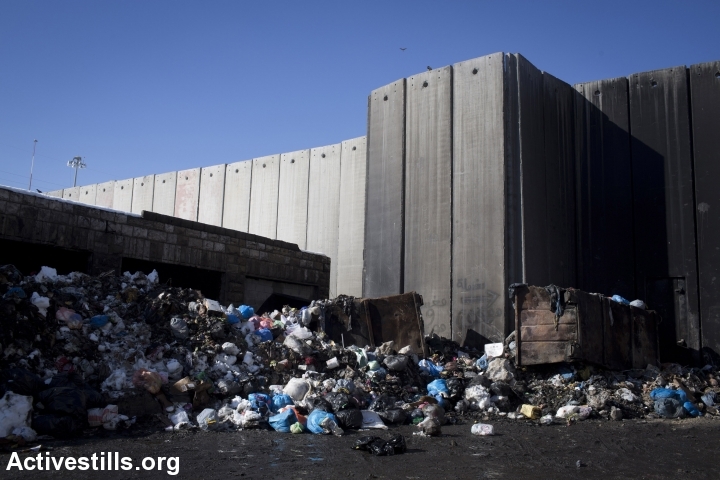 Garbage piles up near the separation wall in the snow-covered Shuafat refugee camp, East Jerusalem. (Activestills.org) 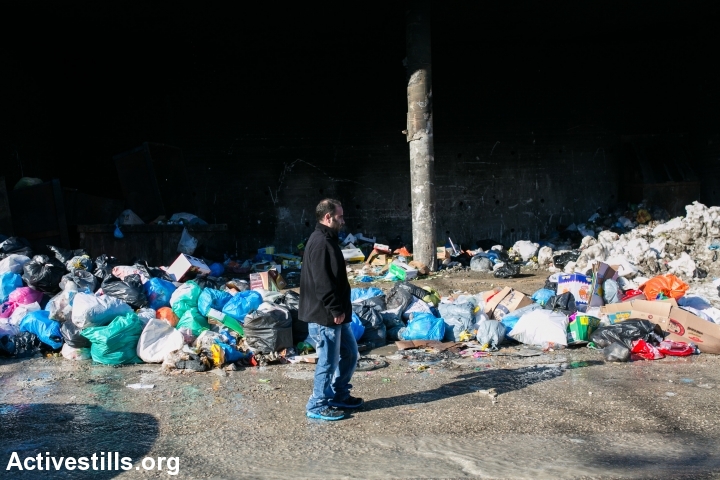 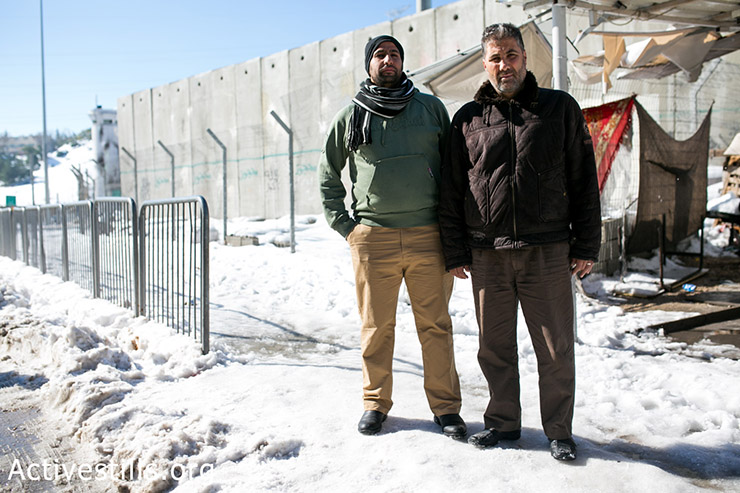 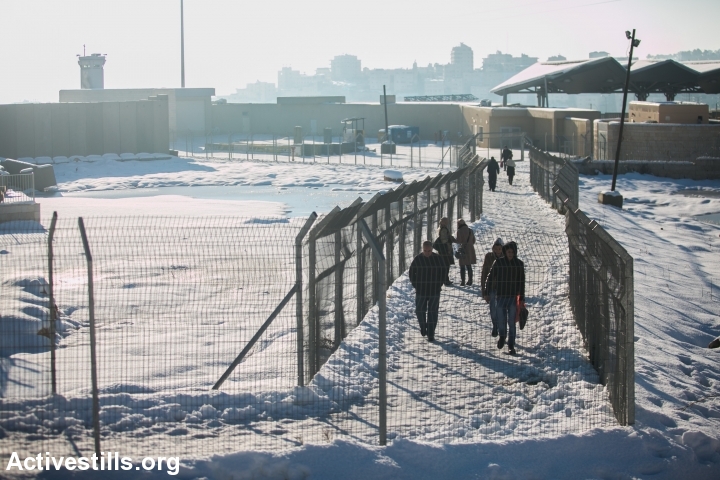 Palestinians cross a checkpoint out of the Shuafat refugee camp, East Jerusalem. The area is covered by snow following a three-day storm December 15, 2013. (Activestills.org) 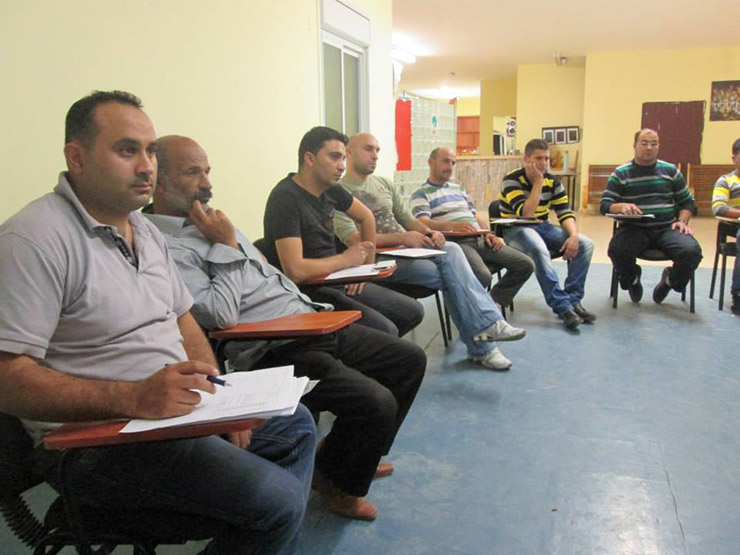 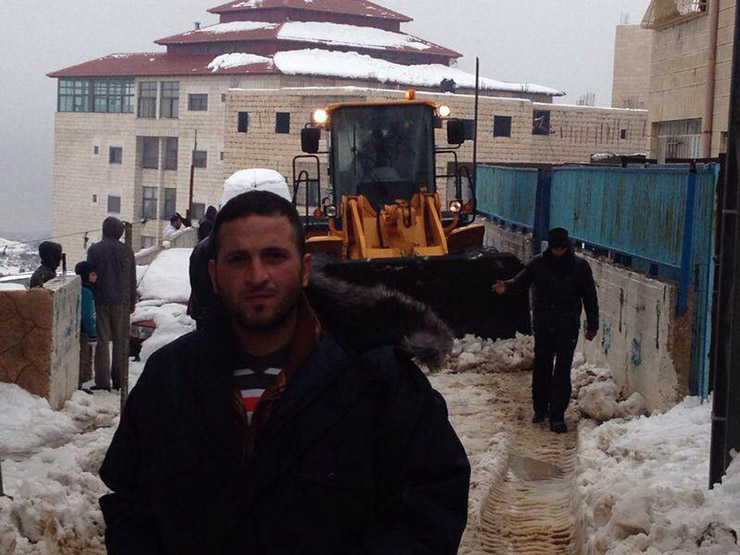 The team uses a tractor from the camp to clear the roads from the snow, Shuafat refugee camp, December 16, 2013. (from the group’s Facebook page) 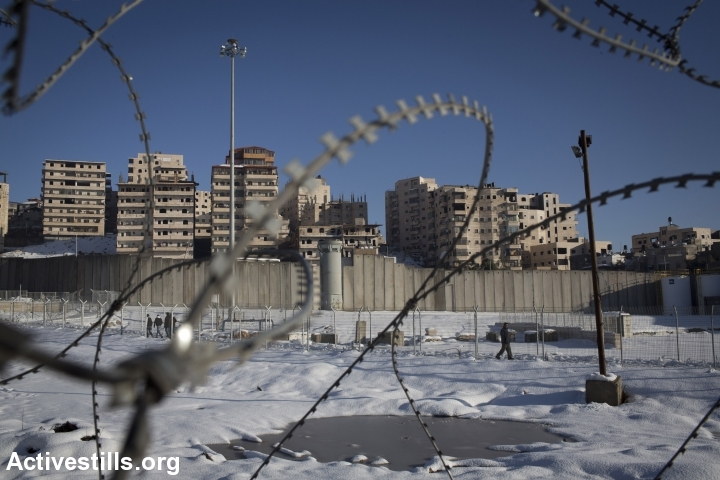 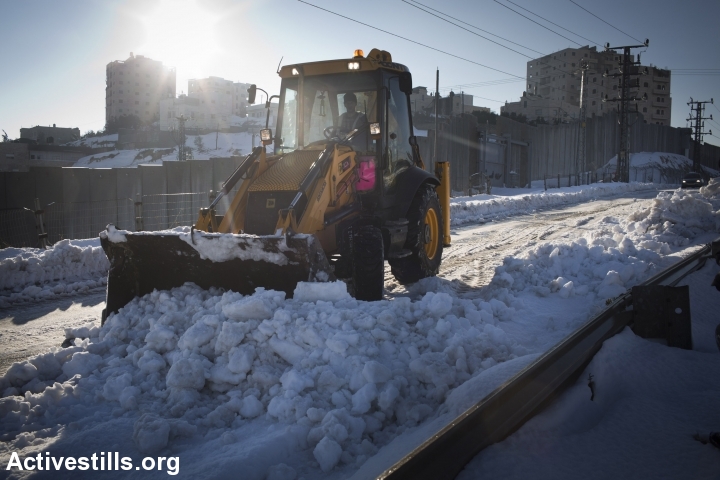 A bulldozer clears snow from the road near the separation wall outside the Shuafat refugee camp, East Jerusalem, December 15, 2013. (Activestills.org)