Photos and reporting by Ahmad Al-Bazz/Activestills.org

The Israeli army has blocked off with with concrete cubes, boulders and dirt seven main access roads to Palestinian villages in the Nablus area of the West Bank in recent days.

The roadblocks unmanned, and entirely block Palestinian residents from using their vehicles on the main roads leading in and out of their villages. 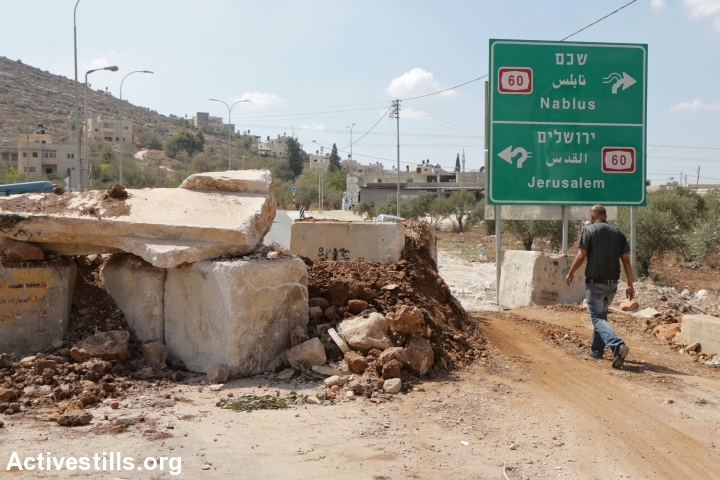 A Palestinian man passes by an Israeli army roadblock made of concrete, dirt and debris at the main entrance to the West Bank village of Beita, September 5, 2016. (Ahmad Al-Bazz/Activestills.org)

The army-placed roadblocks are currently blocking the main entrances to the the villages of Beita, Burin and Einabus. 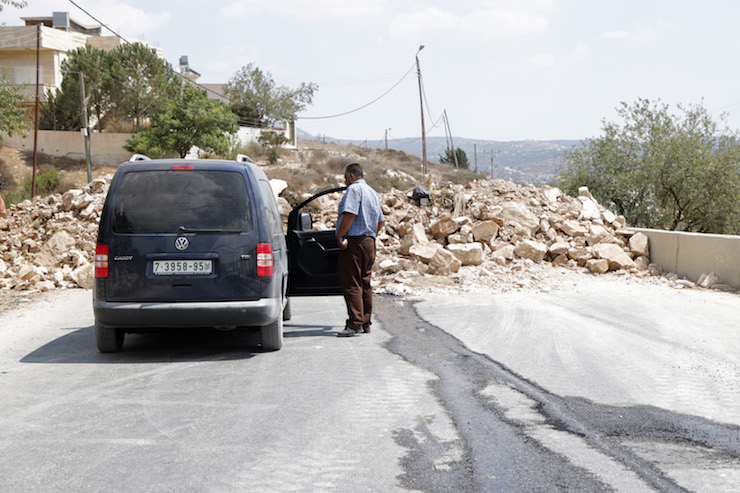 A Palestinian driver stands in front of an Israeli army roadblock made of concrete, dirt and debris at the main entrance to the West Bank village of Burin, September 6, 2016. (Ahmad Al-Bazz/Activestills.org)

According to the villagers in Beita, the soldiers who blocked their road told them they were doing so in response to rocks that were thrown at vehicles on the major West Bank thoroughfare Highway 60.

Palestinian residents managed to clear the roadblocks in some locations, but soldiers returned to rebuild them shortly thereafter. 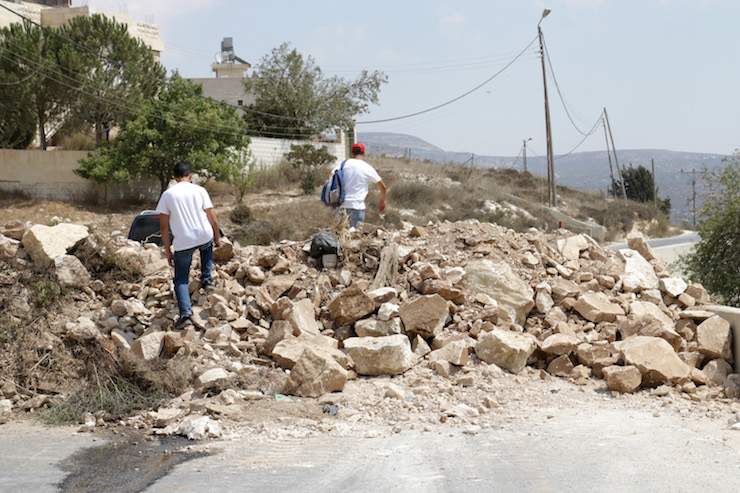 Two Palestinian men climb over an Israeli army roadblock made of concrete, dirt and debris at the main entrance to the West Bank village of Burin, September 6, 2016. (Ahmad Al-Bazz/Activestills.org)

An Israeli army spokesperson said in response that it placed the roadblocks after it registered increased stone throwing in recent months, in order to try and preventing stone throwers from escaping and to try and stop the incidents.