This week: Behind the wall in East Jerusalem, praying in the street outside Al-Aqsa, rude gestures from an Egged bus, fighters’ remains return to Nablus, unions on the march in South Africa, African immigrants seek visas in Israel, youth arrested at Damascus Gate, remembering Rachel Corrie, and a Gaza doctor denied entry 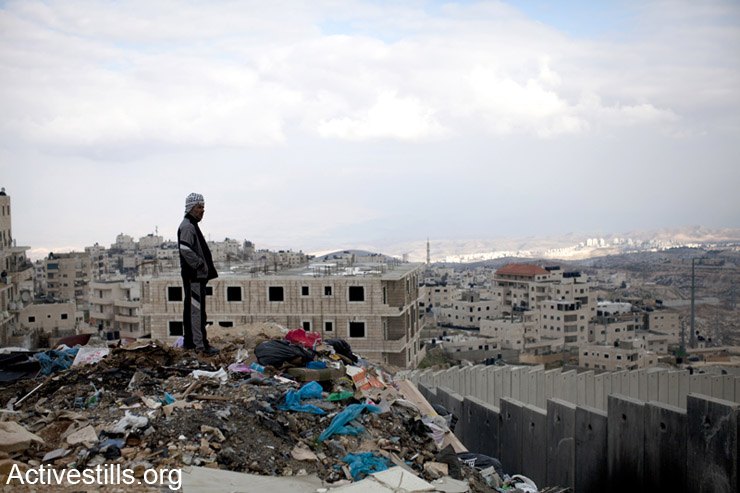 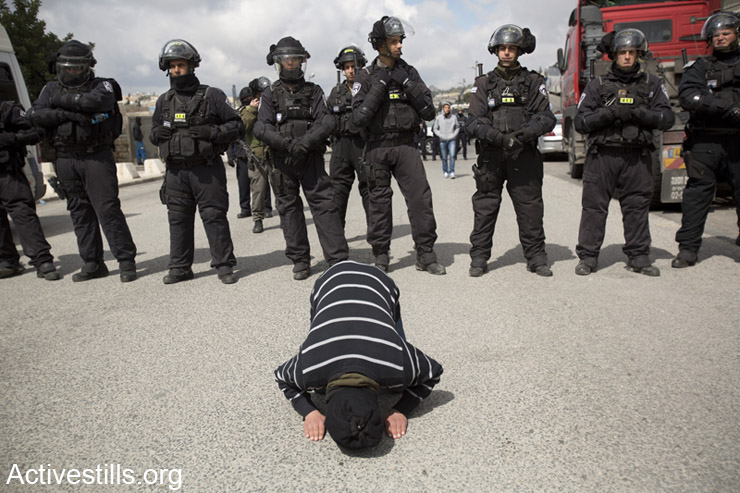 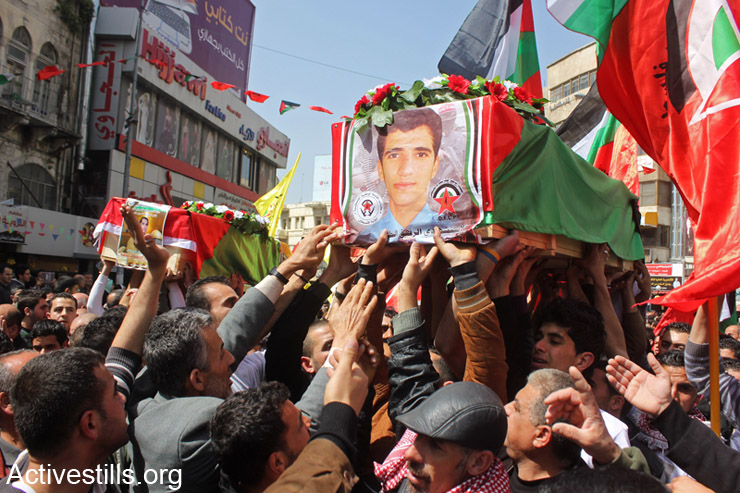 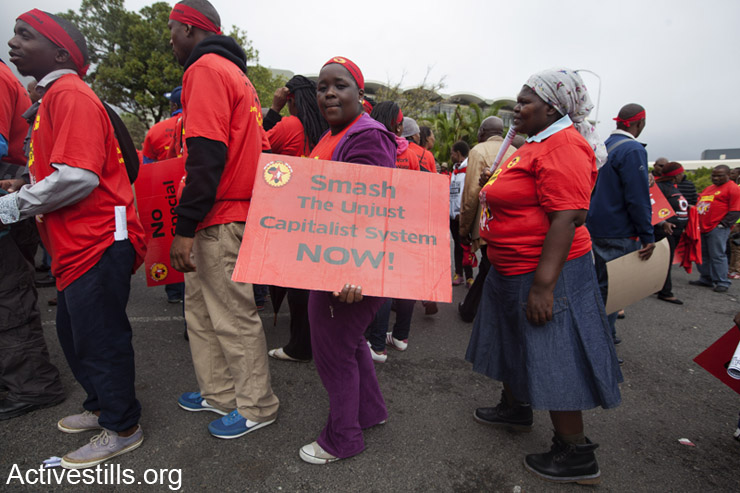 On March 19, 2014, NUMSA (National Union of Metal Workers of South Africa), the largest labor union, led marches and a general strike all around South Africa. Around 2,500 NUMSA members and supporters from other movements and unions marched in the center of Cape Town. (photo: Activestills.org) 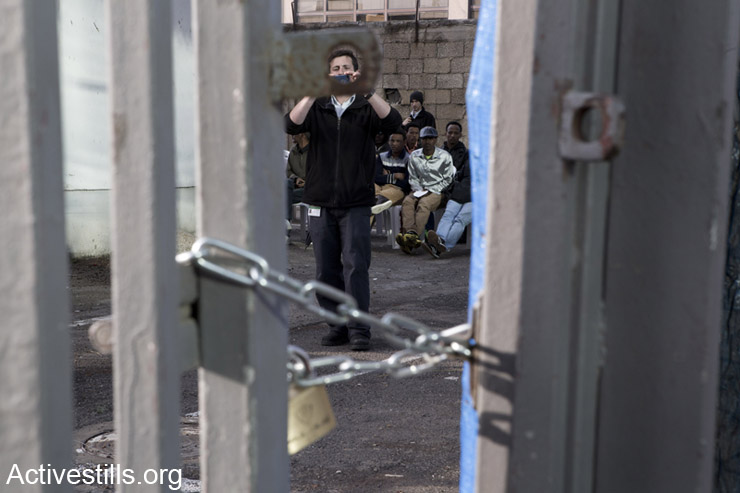 African immigrants sit outside the Ministry of Interior office asking to renew their visas, Tel Aviv, March 13, 2014. Since the beginning of the year, immigration authorities have started to deny visa renewals to African immigrants, leaving them exposed to arrest and imprisonment under the Infiltrators Law. (photo: Activestills.org) 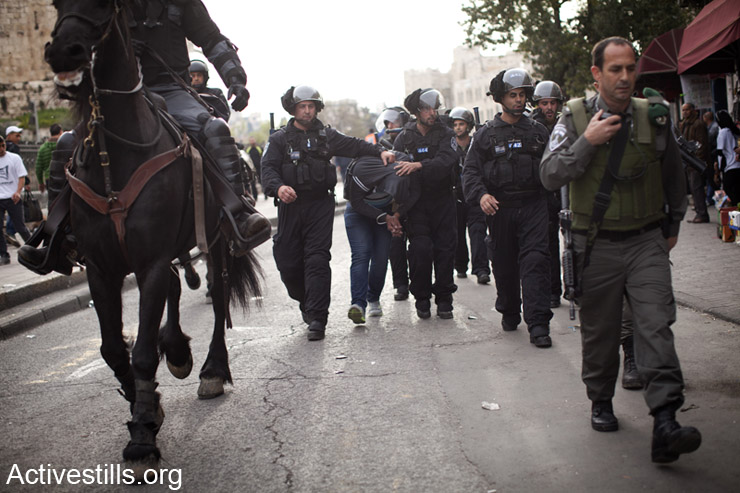 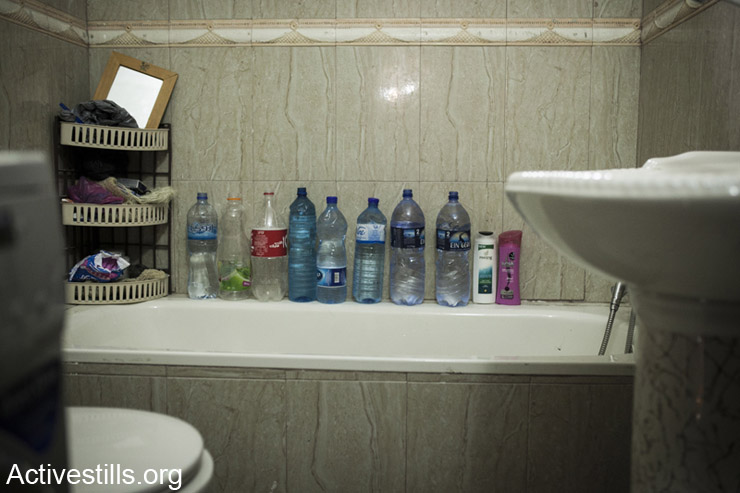 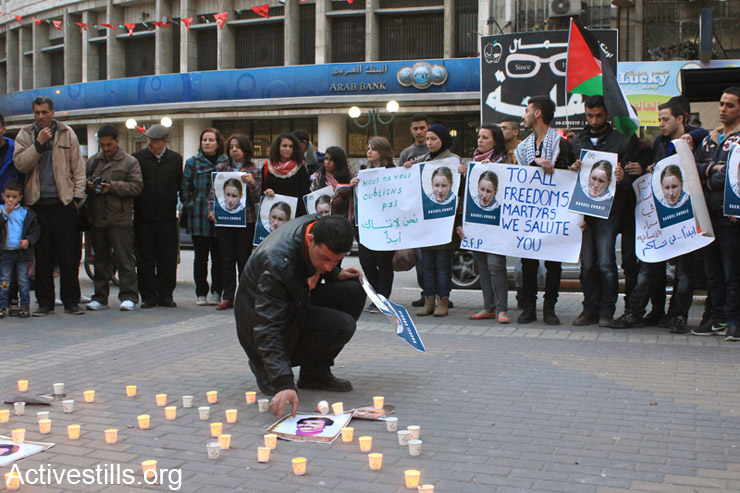 Palestinian and international activists commemorate the death of Rachel Corrie in the city center of Nablus, West Bank, March 16, 2014. Rachel Corrie, an American activist, was killed on March 16, 2003 by an Israeli military bulldozer in Rafah, Gaza Strip, as she tried to block a demolition of a Palestinian home. (photo: Activestills.org) 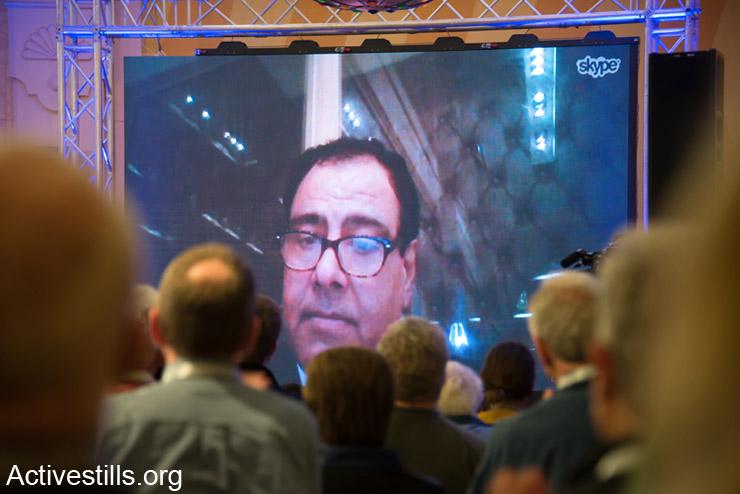 Dr. Izzeldin Abuelaish speaks via Skype to the Christ at the Checkpoint Conference taking place in the West Bank town of Bethlehem because he was denied entry to Palestine by Israeli authorities, March 12, 2014. Dr. Abuelaish, who now lives in Canada, lost three daughters, Bessan, Mayar, Aya and their cousin Noor, to Israeli shelling on January 16, 2009 during Operation Cast Lead. The third bi-annual Christ at the Checkpoint conference was organized by Palestinian Christians to educate the global church about the reality of injustice faced by those living under occupation and to study how the teachings of Jesus can contribute toward peace and justice in Palestine and Israel. (photo: Activestills.org)
Get Our Weekly Newsletter