A group of Palestinian activists used hammers and crowbars to break a square meter hole in the Israeli separation wall dividing lands belonging to the West Bank town of Al Khader in the late hours of Friday night. 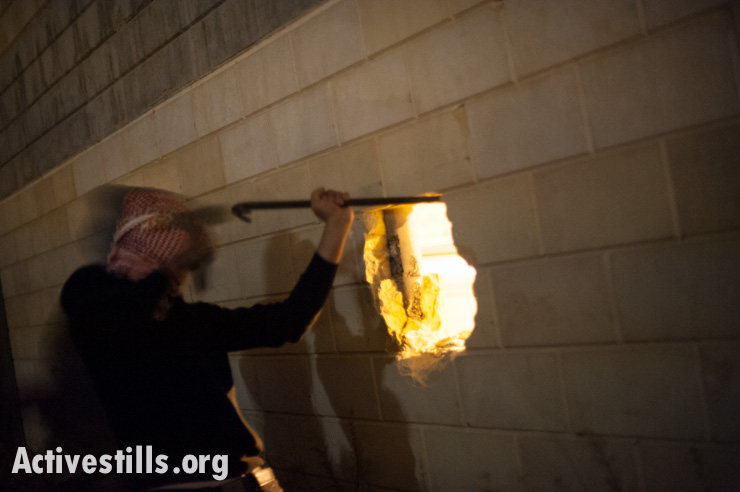 Palestinian activists break a hole in the Israeli separation wall dividing land belonging to the West Bank town of Al Khader in the late night hours of November 22, 2013. (photo: Activestills.org)

Although the activists hammered away at the wall for nearly an hour, with traffic passing by on Road 60 on the other side of the wall, no police or military forces arrived on the scene during the entire action.

The action followed similar breaches in the towns of Bir Nabala and Rafat one week ago, and Abu Dis in May of this year. While the Abu Dis event, in a heavily populated neighborhood bordering East Jerusalem was met with an intense reaction by Israeli forces, including rubber-coated steel bullets and tear gas, the recent breaches in more rural areas went entirely undetected while in progress.

Such actions call into question the effectiveness of the wall’s ostensible security function, since had either group planned on actually infiltrating Israel for the purpose of attack, they could have easily crossed the barrier unhindered. 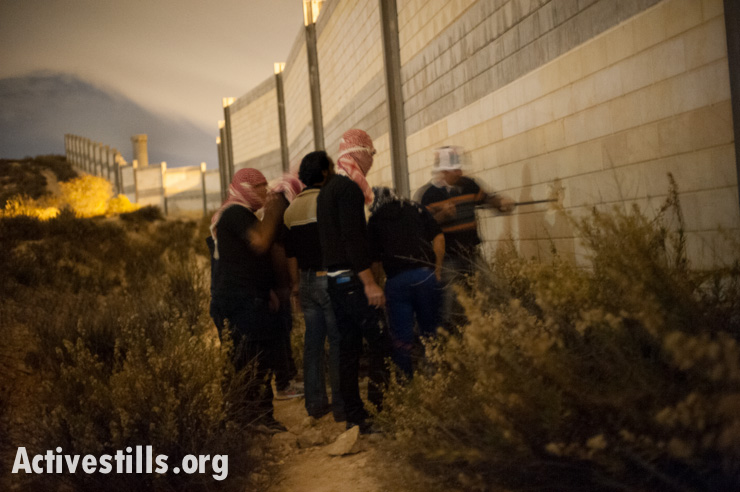 Activists approach the wall and begin breaking a hole with hammers and crowbars. (photo: Activestills.org) 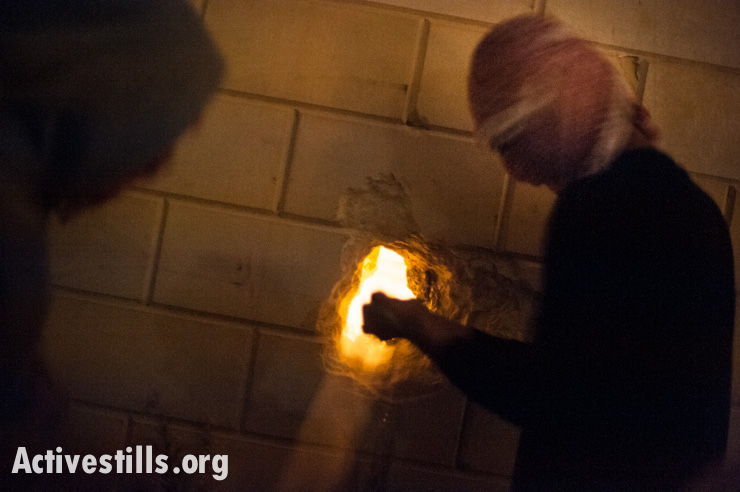 Street lights from Road 60 on the other side of the wall shine through as activists widen the hole. (photo: Activestills.org) 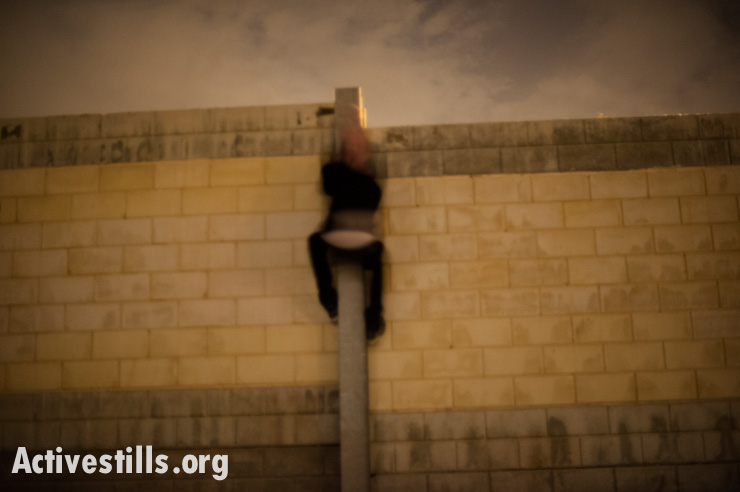 One activist climbs the wall to act as a lookout. No police or military forces arrived during the entire action. (photo: Activestills.org) 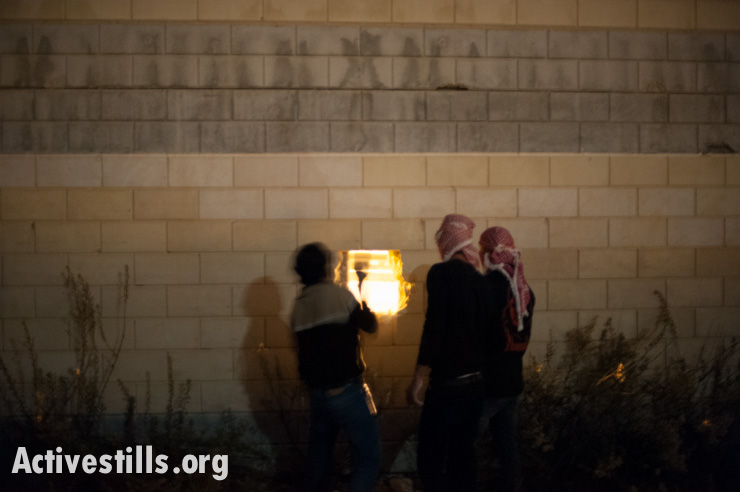 The event followed similar actions by activists who breached the wall in Bir Nabala and Rafat one week ago. (photo: Activestills.org) 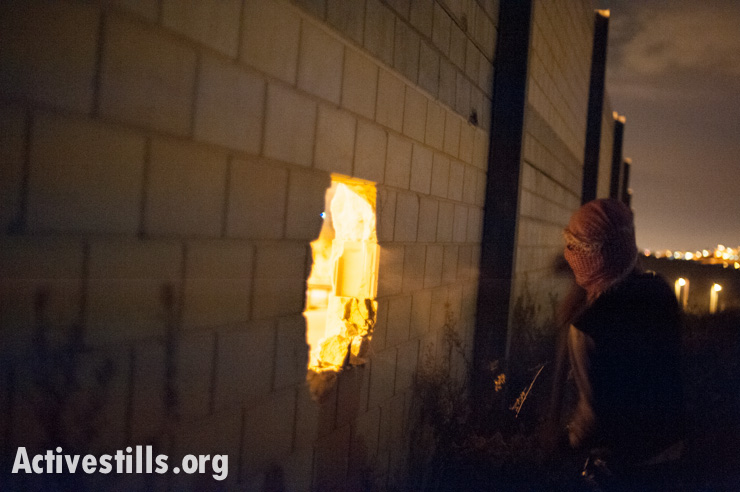 An activist looks through the hole, now large enough for a person to easily pass through. Lights from the Israeli settlement Har Gilo are visible in the distance. All Israeli settlements in the West Bank and East Jerusalem are illegal under international law. (photo: Activestills.org)
Get Our Weekly Newsletter