In the village of Salem, as elsewhere in the West Bank, Palestinians are forced to harvest their olives according to the whims and restrictions of Israeli authorities.

Photos and text by: Ahmad Al-Bazz/Activestills.org 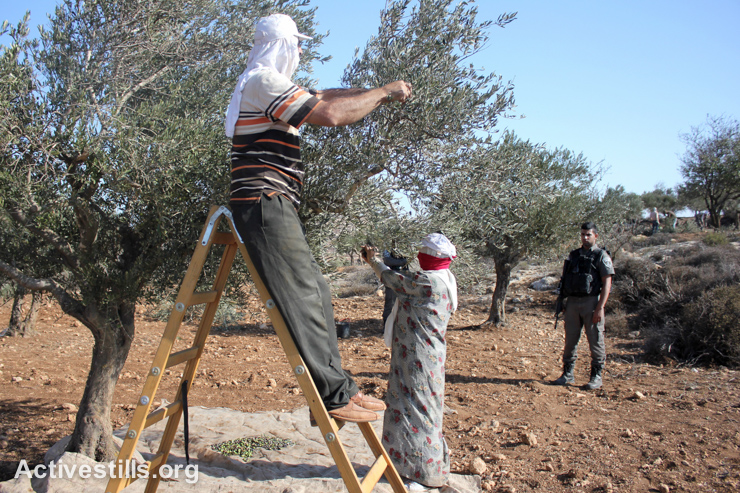 As every year in October, Palestinian families in the West Bank head to their groves in order to begin the olive harvest season. The harvest for any given family might take a few days or several weeks depending on the number of olive trees they have.

In the village of Salem, near Nablus, the daily olive harvest routine is for families to go out at 6:00 in the morning and work until sunset. All family members participate in the harvest, from children to the elderly.  The families that have groves near their houses and far from settlements can work freely. Families that have groves near Israeli settlements, military bases or bypass roads can only harvest according to a schedule imposed by Israeli authorities.

This year, Israeli authorities gave only five days to Salem residents who have lands behind the Israeli bypass road and nearby settlement outposts of Elon Moreh. These families have to finish their harvest in this limited time regardless of their number of olive trees.

Some families decided to start harvesting on the days before those dictated by the Israeli authorities’ schedule in order to be able to finish all of their trees. Some succeeded, while others were caught by Israeli authorities and forced to stop working and leave their land. At the same time, other residents said that soldiers forced them to stop the harvest at noon even on days that were supposed to be allowed according to the schedule.

In areas such as these, Israeli authorities allow these farmers to reach their lands only two times per year: Once in April for tilling soil, and again in October for the olive harvest. After months of being prevented from reaching their land, farmers might discover new problems. Some reported that they found dozens of damaged olive trees, which they assume were vandalized by Israeli settlers. Others have discovered new settlement outposts being built nearby. The growth of settlements can mean increased movement restrictions in years to come.

In recent years, the olive harvest has become a time of increased violence by Israeli settlers toward Palestinian residents and their trees. A Palestinian woman harvesting olives in the village of Kfar Yassuf near Nablus was hospitalized earlier this week after being beaten with a stick in a case in which two Israeli settlers were arrested, one of them a minor. But such arrests are the exception. According to the Israeli human rights group Yesh Din, violence against Palestinians and their property during olive harvest season and throughout the year is rarely investigated. Of the 246 files opened by Israeli police in the West Bank monitored by Yesh Din, just four led to indictments, with 223 files closed due to investigative failures. This 96.6 percent failure rate, according to Yesh Din, shows that the ability of Israeli authorities “to identify and prosecute offenders involved in deliberate damage to Palestinian trees is particularly poor, and effectively almost non-existent.” 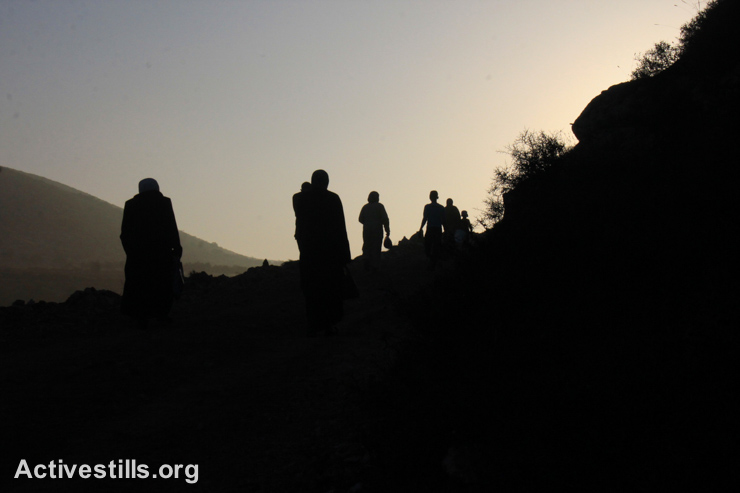 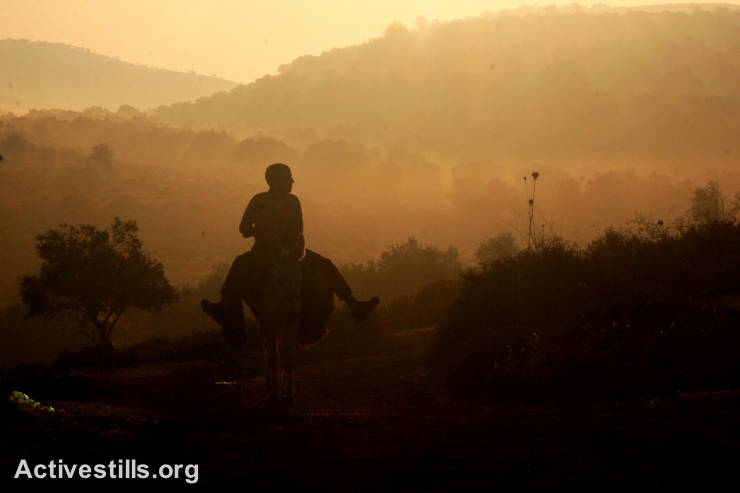 A Palestinian rides a donkey toward olive groves in the early morning hours before the harvest. (photo: Activestills.org) A Palestinian family crosses an Israeli bypass road as they head towards their lands for the olive harvest, in Salem village, West Bank, October 8, 2014. Farmers who have groves behind this Israeli bypass road are allowed to enter their lands twice a year: once during olive harvest season and again for tilling soil in April. (photo: Activestills.org) 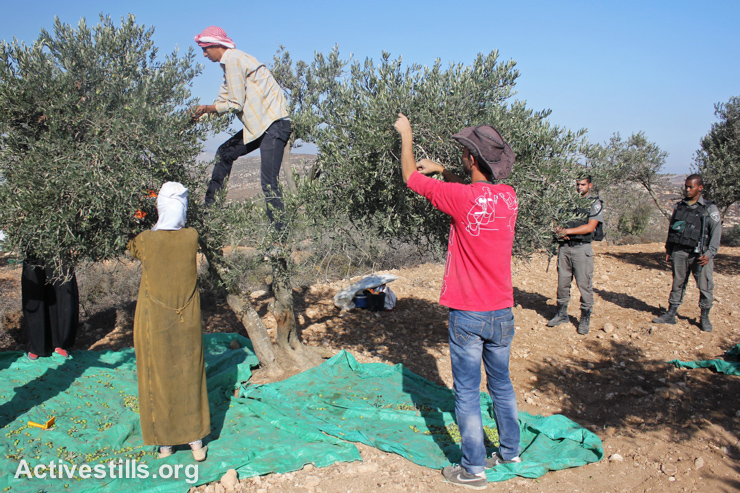 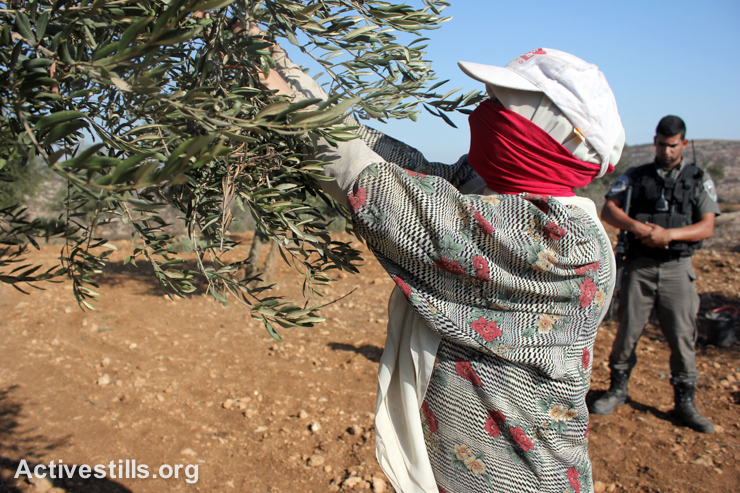 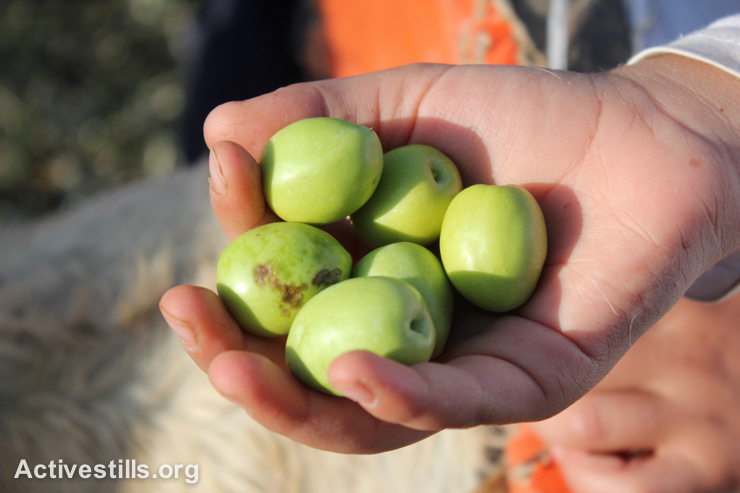 Related:
PHOTOS: A state-sanctioned ‘price tag’ on Palestinian olive trees
Settler violence: Think of it like burning down a Jewish business

emailemailemail
Before you go…
A lot of work goes into creating articles like the one you just read. +972 Magazine is nonprofit journalism, owned by many of our writers, editors, and journalists. In order to safeguard that independent voice, we are proud to count you, our readers, as our most important supporters. With your support, we can keep +972 Magazine a strong, independent, and sustainable force helping push the global discourse on Israel/Palestine.
DONATE
More About olive trees 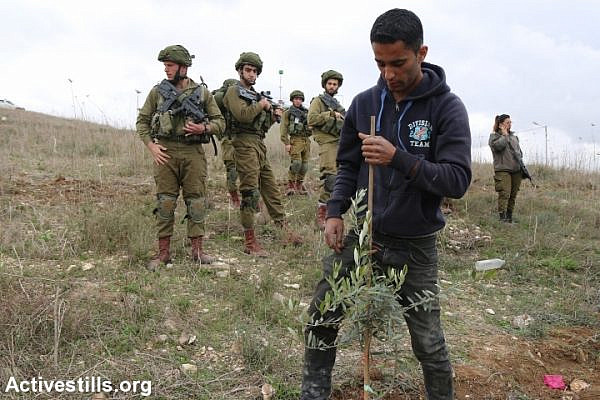 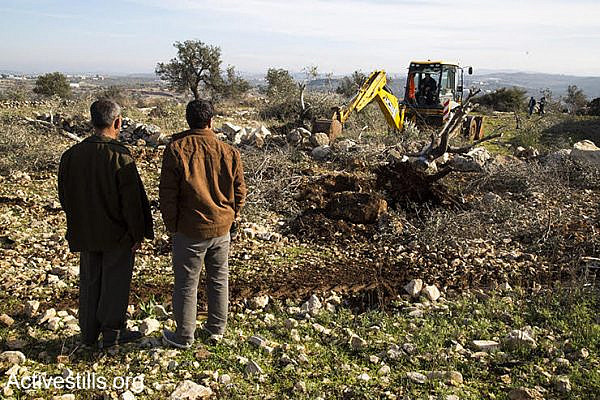 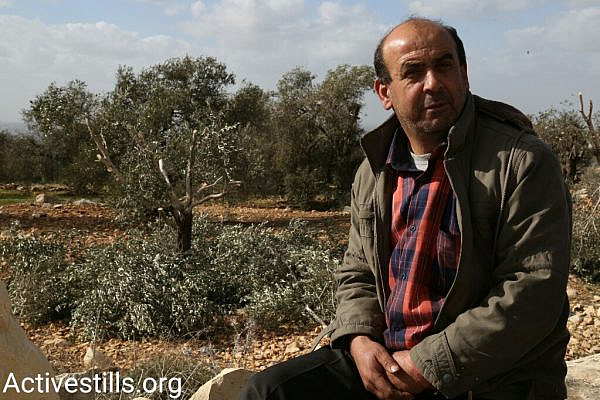