Some two weeks after the forced removal of the last of the tents that represented the summer protest movement, Israelis on Saturday joined demonstrators all over the world in a coordinated day of protests against the financial system. Events took place in various Israeli cities. In Tel Aviv, the main event was held in the square of the Museum of Art, where at least 1,000 people gathered.

The square was turned into somewhat of a political fair, with discussion circles, stalls promoting a dizzying number of political parties and movements, an ecological corner and finger painting for children. Organizers made a concerted effort to link the event to global protests, with a Twitter corner projecting related tweets from around the world, another screen broadcasting video footage from New York, and another that featured Israelis attending protests in New York and Croatia, skyping in to a panel discussion.

In a sign of the Tel Aviv municipality’s growing hostility toward the protest movement, the city refused to supply electricity for the event, and organizers were forced to bring in generators to provide power. Earlier in the day, Tel Aviv Mayor Ron Huldai intervened to cancel a police-approved party on Rothschild Boulevard, the focus of the summer tent protest. Activists have called on protesters to come to the boulevard at 10 P.M., where they intend to hold the party – newly billed “Occupy Rothschild” – as planned. Some photos from the museum event: 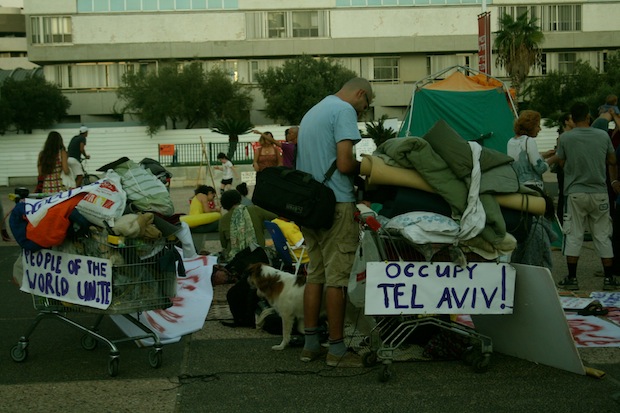 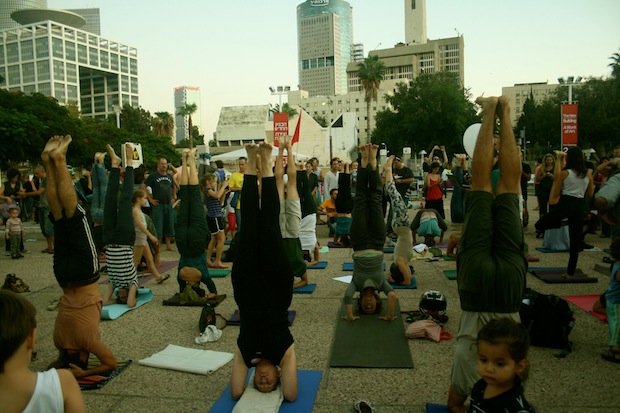 “Standing on our heads; changing reality” 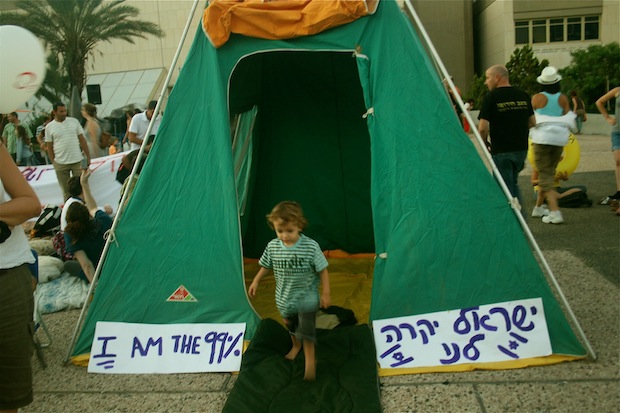 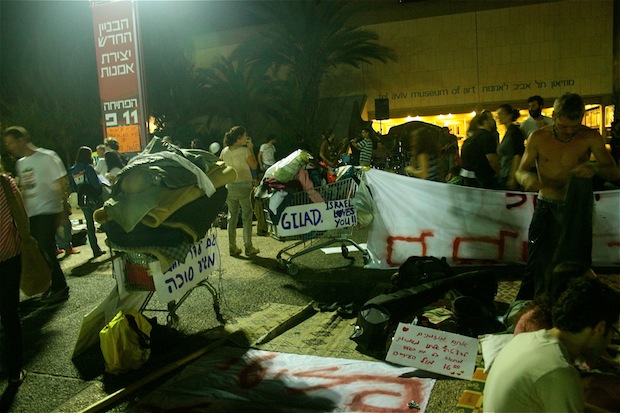 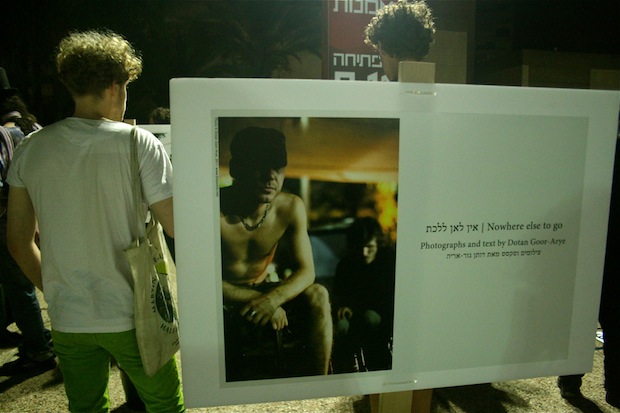 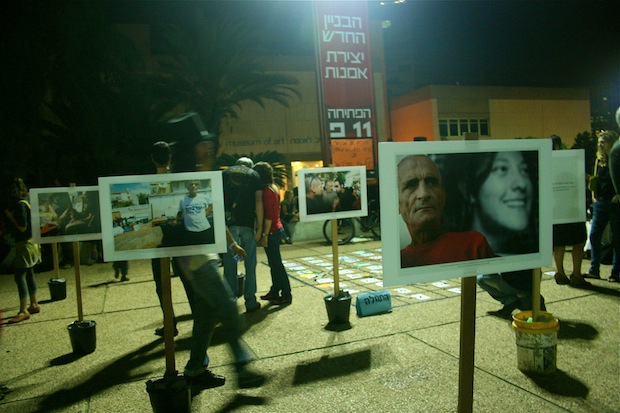 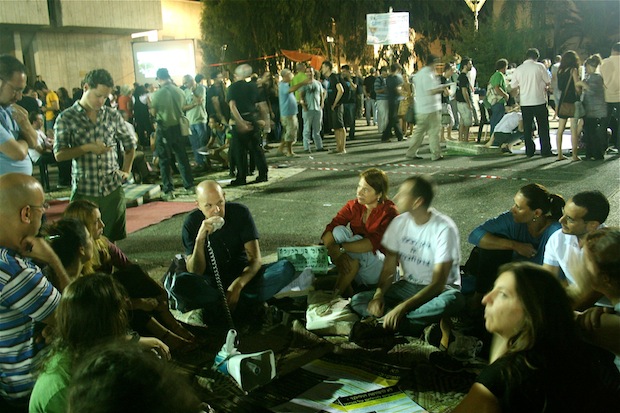 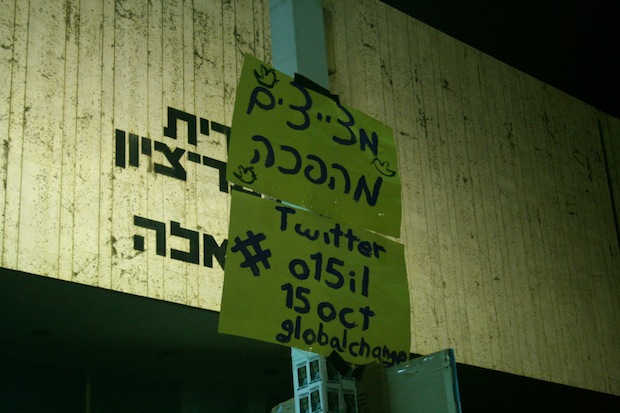 “Tweeting the revolution” – with a list of relevant hashtags

All photos by Noa Yachot