Two pictures I found in my social media today. The first was taken on Agripas street in Jerusalem. The second was taken near the Al-Aqsa mosque, also in Jerusalem. 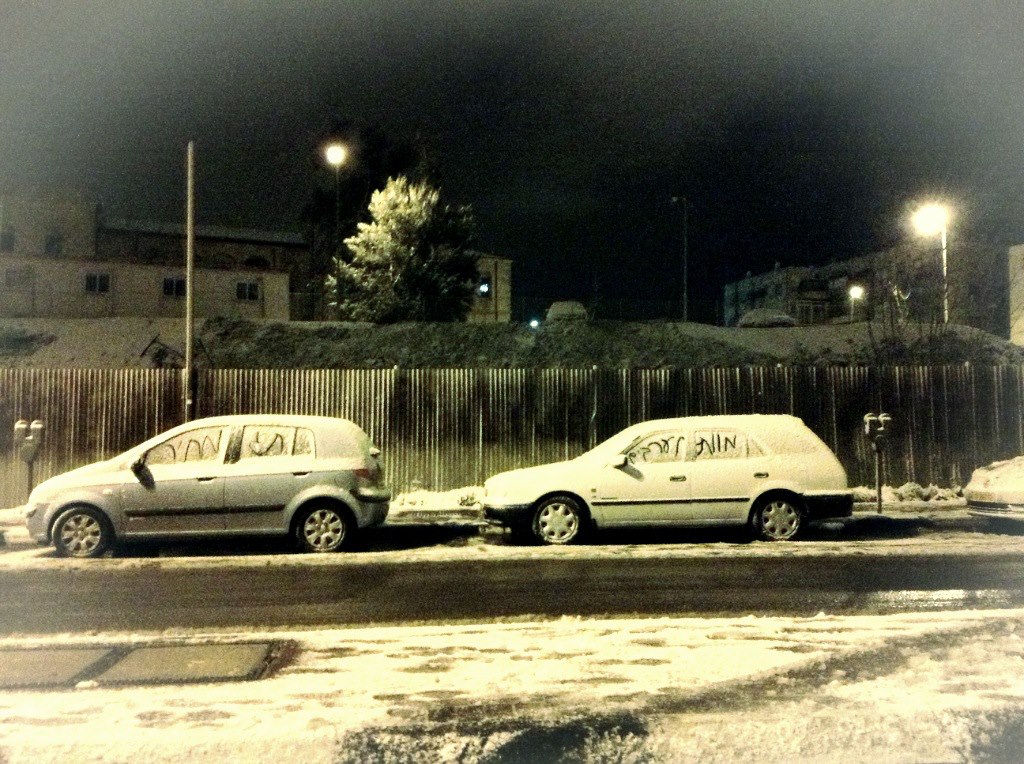 Two cars on Agripas St. in Jerusalem. The window of car on the right says “Death to Arabs”. The car on the left: “Price tag”. (photo: Tom Barkai) A picture posted on the Qassam Brigades Twitter feed, of a Fajr missile (photo: https://twitter.com/AlqassamBrigade/status/289291282797428736/photo/1/large)
Get Our Weekly Newsletter