Six months have passed since the last Israeli offensive left the Gaza Strip in a dire humanitarian crisis. The difficult storms of the past few months have affected those who were left homeless by Israeli air strikes,  specifically the thousands of internally displaced Palestinians who have been staying in shelters and are increasingly frustrated by lack of rebuilding.

The sea remains one of the few open spaces where Palestinians can go to relax and overcome the trauma of last summer. 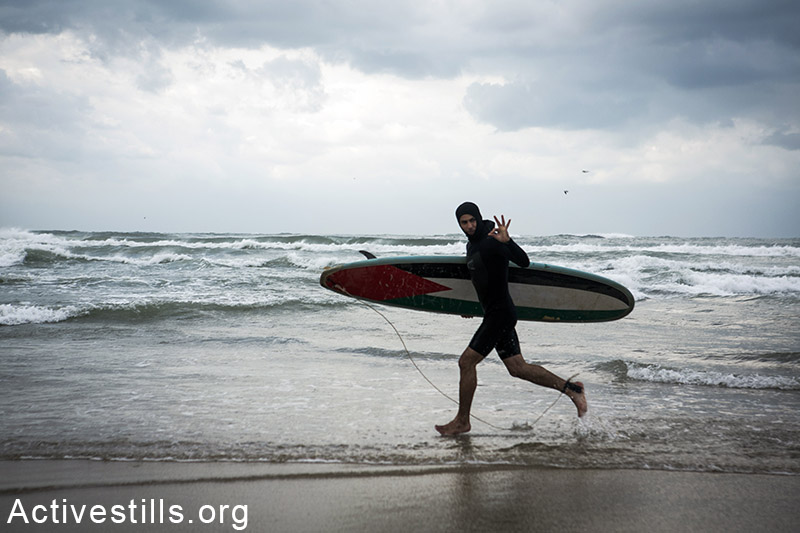 A young man runs on the beach with his surfboard, Gaza, February 12, 2015. (photo: Anne Paq/Activestills.org) 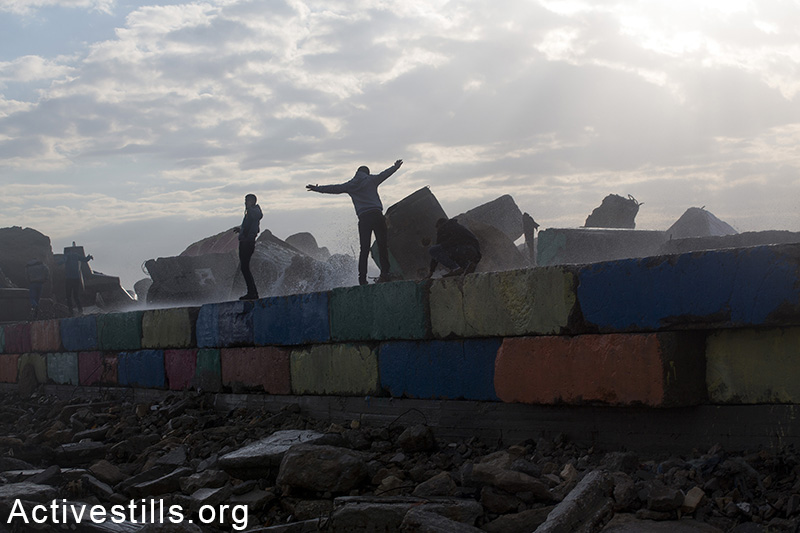 Palestinian youth play near a breakwater despite the strong winds that hit the Gaza City harbor, February 13, 2015. (photo: Anne Paq/Activestills.org)

This is the second major storm to hit the Strip in the last few months. In November, severe flooding hit the Al-Nafeq neighborhood, one of the lowest areas of Gaza City, exacerbating by the damage Gaza’s civilian infrastructure sustained during the war. 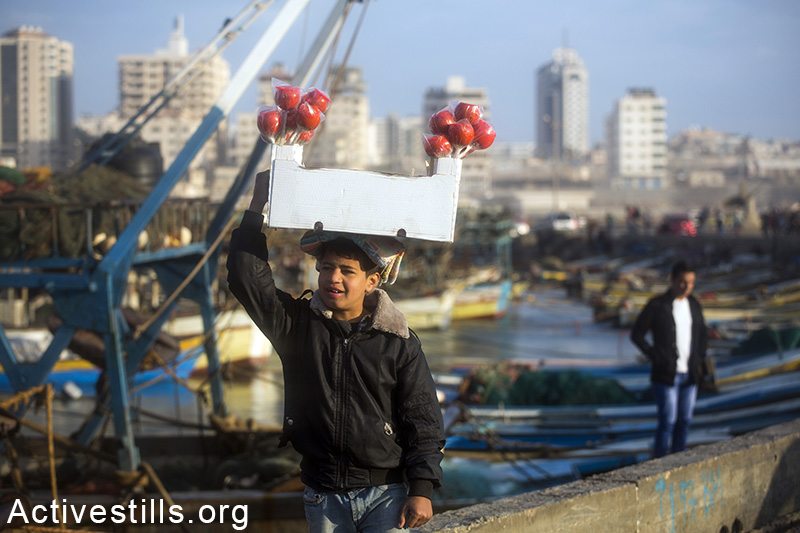 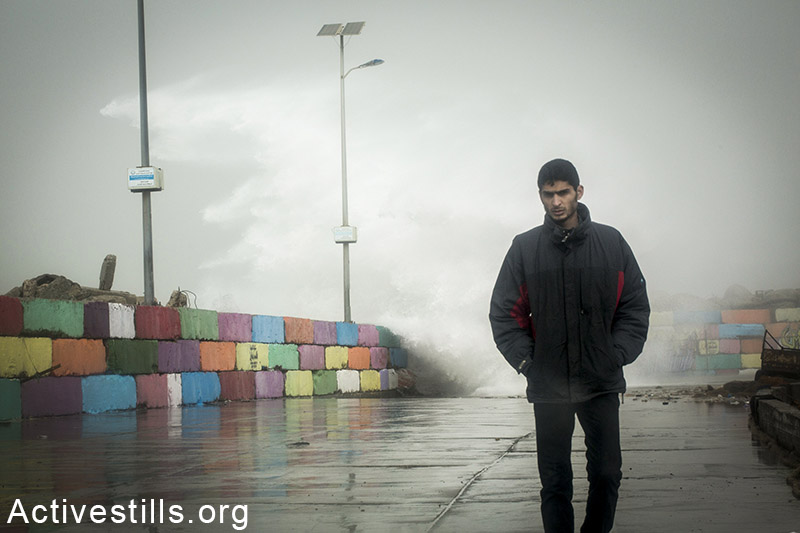 A Palestinian man walks through a storm in the harbor in Gaza City, February 11, 2015. The poor weather conditions especially affect the tens of thousands of Palestinians who lost their homes during last summer’s Israeli offensive. Many of them stay in shelters or in their damaged homes. (photo: Anne Paq/Activestills.org)

Entire streets were flooded with as much as 1.5 meters of water. A number of people, primarily the elderly and children, were rescued from the hardest-hit areas by emergency responders. 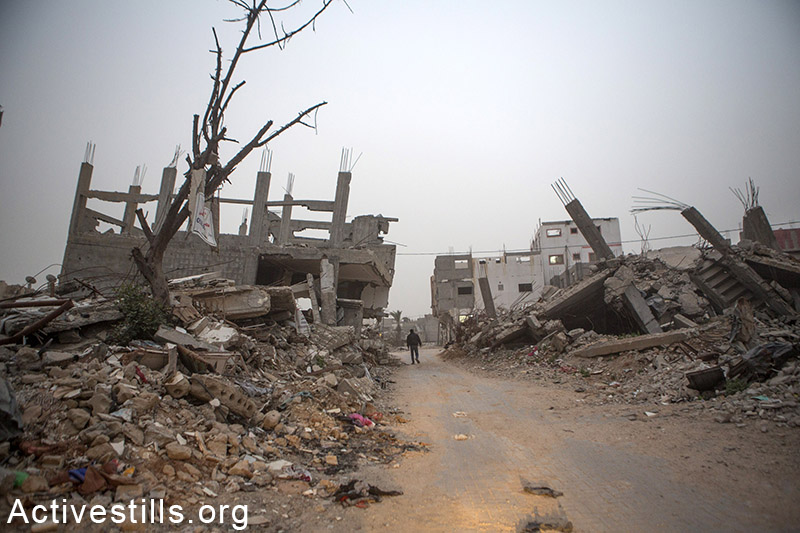 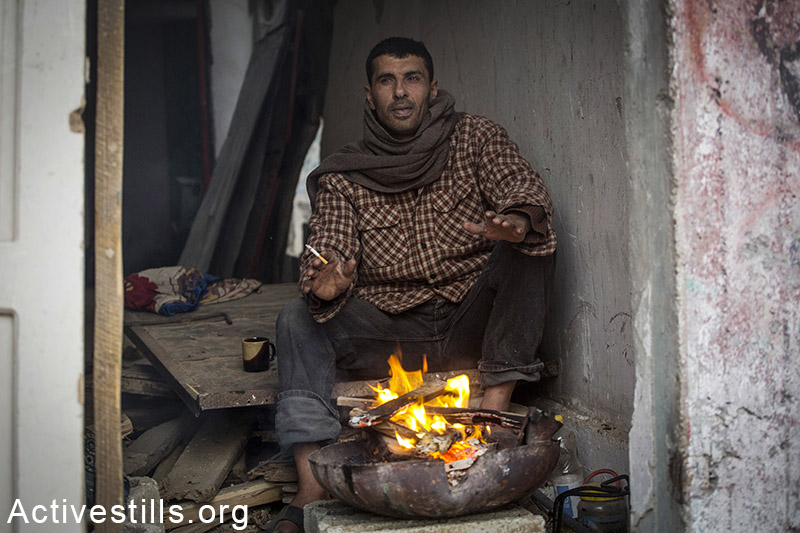 A Palestinian man tries to warm himself by the fire in one of the destroyed quarter of Shuja’iyah, east of Gaza City, February 11, 2015. (photo: Anne Paq/Activestills.org) 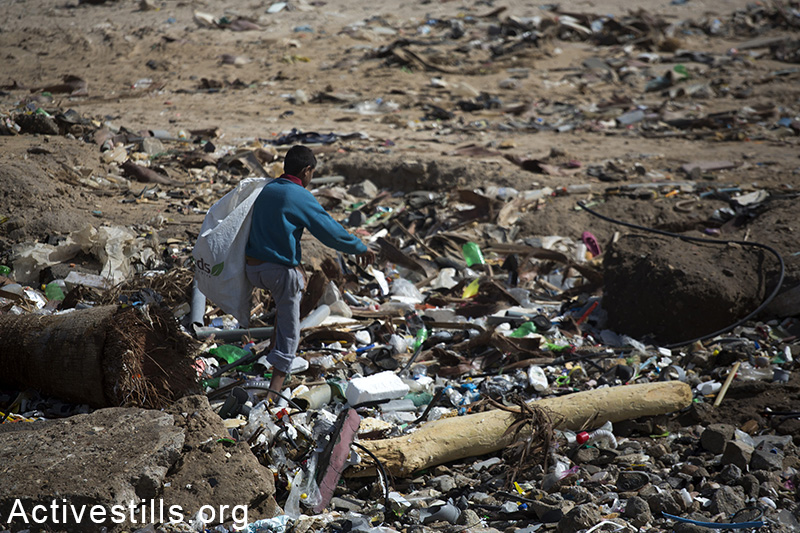 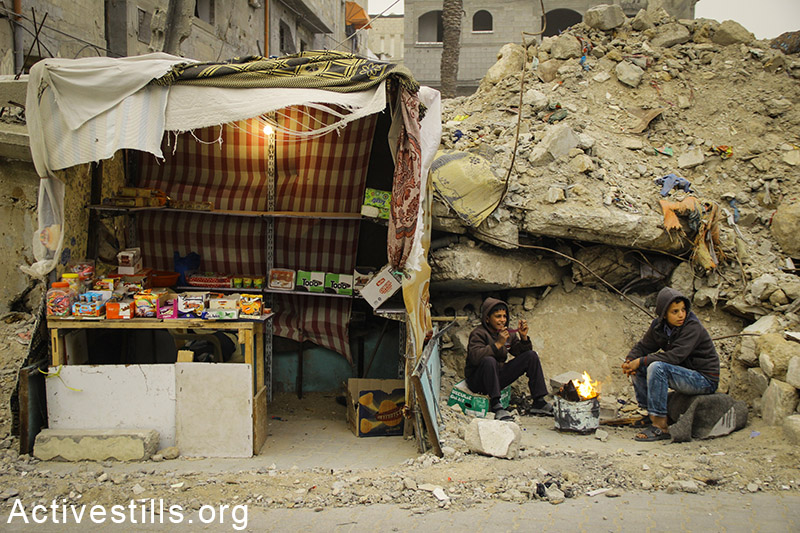 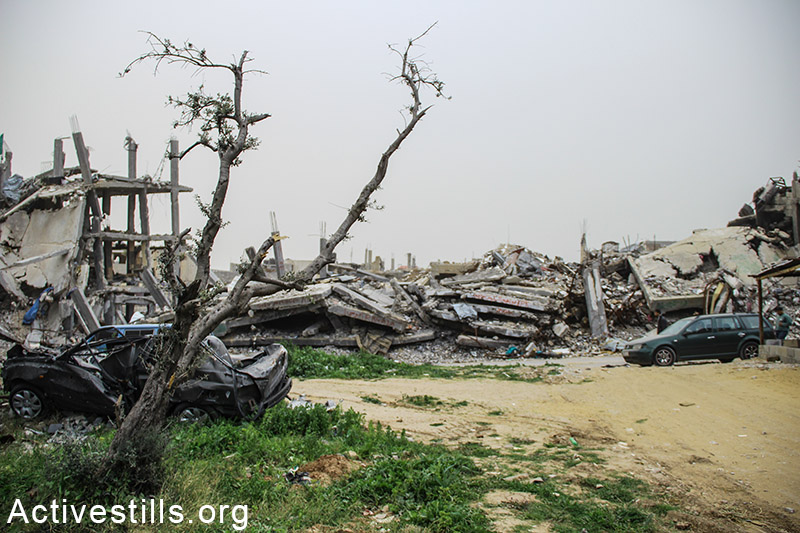 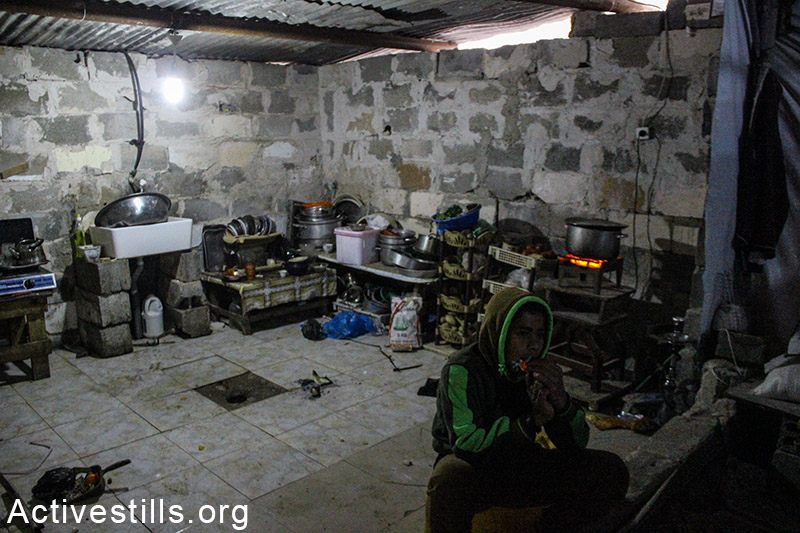 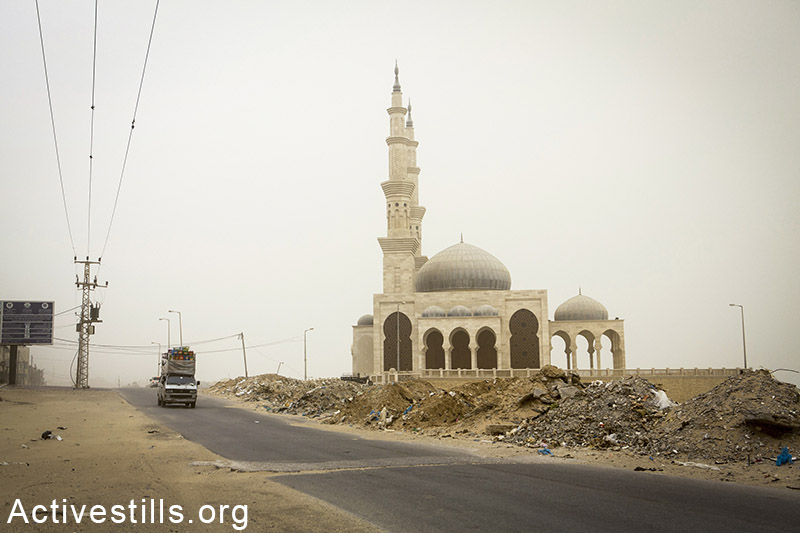 A mosque seen during a sand storm on the Gaza coast, February 11, 2015. (photo: Anne Paq/Activestills.org)

Related:
PHOTOS: In Gaza, rebuilding is still over the horizon
Floods hit Gaza as war-hit infrastructure struggles
In Photos: Life between the Gazan waves