An Israeli activist displays a closed military zone order which, given to her by Israeli policemen at 6 a.m. in her Tel Aviv home, November 11, 2012. (photo: Activestills)

Israeli police officers distributed closed military zone orders for four West Bank villages early Sunday morning to 13 prominent activists in groups such as Anarchists Against the Wall, Ta’ayush, and the Sheikh Jarrah Solidarity Movement. In most cases, the military orders were delivered personally, but for some activists who happened not to be home, they were left under their doors. In some cases, the officers came to look for the activists in their old addresses, disturbing family members and friends, entering homes without a court order, and videotaping those present against their will, even after they were requested not to do so.

The orders, which are timed from 8:00 a.m. to 7 p.m. every Friday, and are valid from the beginning of September until March 4, define all or part of the villages of Bil’in, Nil’in, Nabi Saleh, and Kufr Qaddum as closed military zones, prohibiting any entrance into those areas. These are four of several villages in which Palestinians hold weekly demonstrations against the wall, joined regularly by Israeli and international activists.

The weekly demonstrations are deemed illegal under Israeli military law, much like any form of protest or demonstration in the West Bank. In fact, every Friday, the Israeli military issues orders defining those very villages as closed military zones. The demonstrations are violently dispersed by the Israeli army and police with tear gas, stun grenades, rubber bullets and live ammunition. The military’s violence has led to the death of 28 activists, and the wounding of countless others. Palestinian organizers and participants in those protests face ongoing persecution, including night raids on their homes, and long periods in prison, sometimes under administrative detention.

While Israeli demonstrators are often arrested, charges are usually not brought against them, and when they are, they rarely lead to conviction. It seems that this is what this latest operation seeks to circumvent. In a statement published on the INN website, a police representative of the Shai District (which oversees activities in the West Bank) stated [Hebrew]: “The orders… were distributed to them personally as part of an offensive action led by a commander in the area. It is being implemented in order to prevent illegal activities under the pretense of lack of awareness that the locations are closed military zones. This operation is part of the day to day activities of the Shai District against those who disrupt public order with nationalist motives from all sides of the political map (be it from the left or from the right).”

The police’s operation seems to be another attempt to sever the bonds between Palestinians and Israelis who take part in acts of popular resistance which challenge institutional policies of separation and segregation. However, those orders are unlikely to deter most activists who join the Palestinians in protest on a weekly basis.

Related:
Visualizing Occupation: The right (or privilege) to protest? 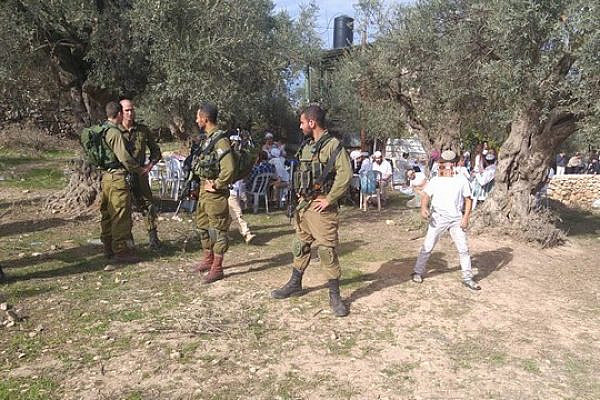 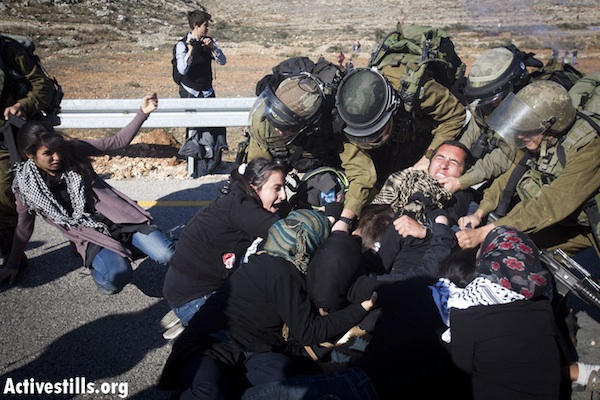 For West Bank protesters, legal knowledge is power
Anyone who’s been to a checkpoint or a protest in the West Bank knows how arbitrary military rule can be. For the activist on the ground, some specific knowledge of the occupation’s byzantine legal framework can make a real difference. By Raghad Jaraisy Youtube is rife with videos of daily life in the West Bank…
By +972 Magazine May 13, 2013 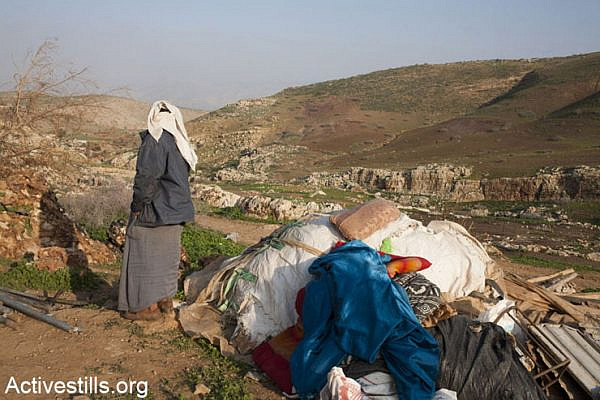