The orchestrated onslaught against Israeli anti-occupation groups have led to death threats and physical attacks. But we will not be scared — we are determined to save our country from the same messianic, nationalistic, and racist forces that harm it.

Over the last few months, as the Israeli government is less helpless in the face of terror and our foreign relations are at an unprecedented low — we have experienced, for the first time, what political persecution feels like. The ongoing campaign against Breaking the Silence is not intended to criticize or argue over political opinions. The campaign is intended to put a hit on the organization, or at the very least to force us to back down, thus sending a message to all those opposed to the government’s policies.

The last few months have not been easy, but the attempt to dismantle us did not and will not succeed. The attempt failed because all the forces in the world cannot silence the voices of soldiers who served in the occupied territories and carried out the occupation in our name. This attempt, in fact, has left the organization stronger than ever.

Political persecution is nothing new, even here. Palestinians living in the occupied territories under a military regime, and Palestinian citizens of Israel living under continual, institutional discrimination, are the victims of a far more pernicious form of political persecution than Israeli Jews. But both the mechanism and the goal is similar: maintaining and entrenching control through weakening us, dividing us, and sowing fear among us. In order to defeat this persecution, we must speak about and understand it.

One of the central strategies of the campaign against us is through spreading lies and disinformation about the organization — all of it thoroughly coordinated on various platforms. Behind this strategy is one of Education Minister Naftali Bennett’s closest advisors, Moshe Klughaft, whose goal is quite simple: “We must always try slander, because things stick.” Slanderous remarks were heard time and time again in the Knesset, in campaigns by right-wing groups, on social media, and in the press.

During the first week of the campaign, which launched in December, Defense Minister Moshe Ya’alon announced that he would prevent Breaking the Silence from giving lectures at IDF bases. Then Bennett announced that he would stop us from coming to speak with high school students. Then Im Tirzu released their vicious, inciting video, while Yair Lapid announced that he would promote legislation against us. Since then the Knesset has become one of the focal points of the same campaign: three separate bills were proposed against Breaking the Silence and other organizations, while senior cabinet members and members of Knesset have joined the chorus of incitement, among them Prime Minister Netanyahu. 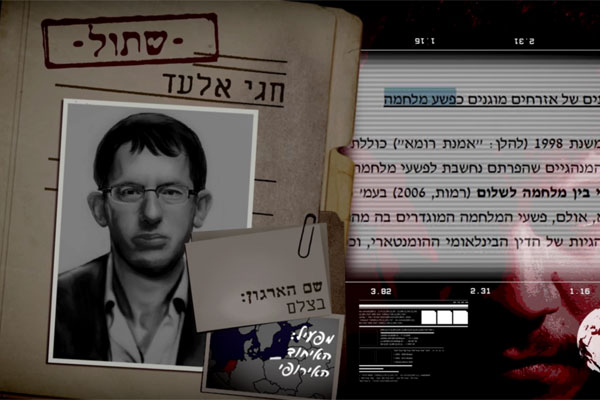 Israeli media outlets also played a crucial role in spreading these lies. Hundreds of news items presented baseless claims against Breaking the Silence, most of the time without any fact checking, to the point that it felt as if a number of media outlets had themselves become the voice of the government. The incitement bore fruit, and the harassment and real threats against — as well as attempts to attack — members of the organization have reached a fever pitch.

Meanwhile our ability to work within the formal and informal education system — where much of our work is done — is being stifled. We are happy to say that many educators have insisted on continuing to invite us to give lectures to teenagers. In fact, when it comes to our educational activities, these last few months have been our busiest ever.

Alongside these successes, it has been extremely difficult to come to terms with the fact that for the past year and a half, right-wing moles have been operating among a number of human rights organizations. Armed with hidden cameras and well-trained by former members of the Shin Bet, these spies pretended to be volunteers and took part in our activities for many months. Suddenly we discovered that people we thought were our friends were actually being paid by one of the most extreme right-wing groups in the country, the Samaria Settler Council, so that they could record our private conversations. This method, directly out of the playbook of non-democratic regimes, is meant to sow fear and suspicion among activists, and thus to destroy the anti-occupation community from within. Discovering that some members of the coalition were part of this plot was shocking. 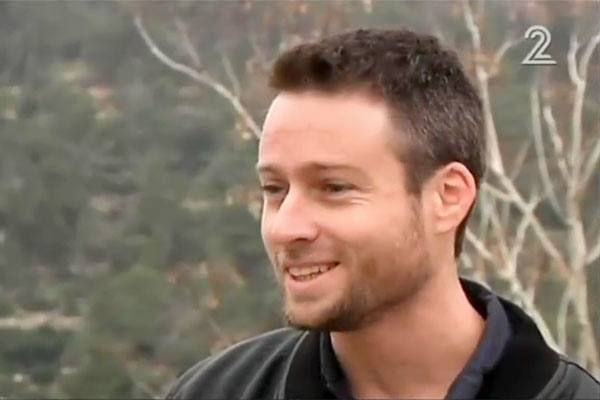 Our duty as citizens who believe in democratic values, who believe that human beings have the basic right to live, express their opinions, and carry out a political struggle without fear, is to recognize the mechanisms that work against us — to put the spotlight on them and oppose them with all our power.

This is precisely what Breaking the Silence has been doing for the past decade: we want to expose the practices of an occupation regime and the moral price that maintaining that regime entails. When we listen to soldiers who have been sent to carry out this regime, we understand that an occupation cannot be moral — that it is ugly and destructive to both Israeli and Palestinian society. Unfortunately, one of its most ugly components is the spread of mechanisms of power that become indistinguishable from those of the state. This, in turn, leads to marking more and more people as “enemies of the state.”

Despite the reality, there are many good reasons to be optimistic, since political persecution also opens up possibilities: to get strong, to grow, to learn, to meet new people and build a united front. Alongside the attacks on us, we have witnessed a wave of support, solidarity, and an impressive ability for cooperation within our camp. We at Breaking the Silence are determined to continue to work toward ending the occupation and exposing its injustices. We are determined to save our country from the same messianic, nationalistic, and racist forces that harm it. The ones that, unfortunately, make up our government.

Yuli Novak is the executive director of Breaking the Silence. This article was first published in Hebrew on Local Call. Read it here.