The Schalit exchange will see nearly a thousand Palestinian and one Israeli prisoners of conflict go home. But the hostage-exchange practice cannot be allowed to go on. Prisoners should be invited to take an active part in dealings with Israel, and their release should become a part of  the diplomatic process 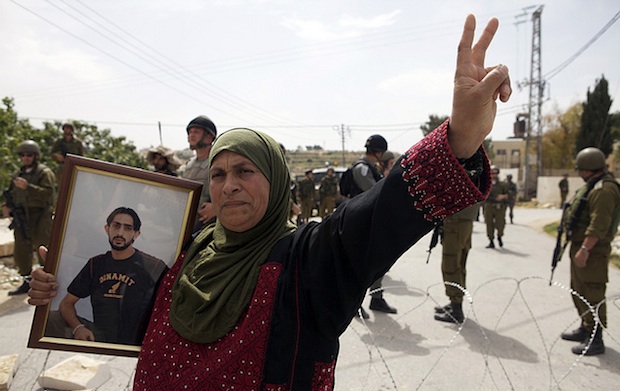 It’s hard to overestimate the significance of the upcoming prisoner exchange. I’m not aware of any abduction or wartime captivity case in recent history that has become as significant to a nation as the plight of Gilad Schalit. He has become the sole point of near-total consensus, with even most active rightists merely disagreeing on the way in which he should be released (former IDF chief military rabbi Avichai Rontski is an ignoble exception to the rule). His ongoing captivity had become a symbol of the weakening trust between citizens, soldiers and the state, of the state’s incompetence, and of the general hopelessness of the conflict. But while Schalit’s impending release is likely to relieve (not cure) some of these rifts, we should ask ourselves what can be done to avert the next hostage situation: If anything, the deal increases, not decreases, the possibility that similar tactics will be used by Hamas or any other paramilitary group in the future.

Although Netanyahu strove hard to present the deal as a result of Hamas buckling down to pressures, he himself has once again provided proof positive that if you want something from Israel, you need to get it by force. From the unilateral withdrawal from Lebanon and the  eviction of settlements and redeployment of IDF forces around Gaza, to all previous significant prisoner releases, Israel has proved far more susceptible to violence than it ever was to any diplomatic advances. The withdrawal from Lebanon would have been far more advantageous to both Lebanon and Israel if it was negotiated, but even in the unilateral framework, Israel could have released all Lebanese POWs after the withdrawal, sparing itself the nauseating body-snatching exercise by Hezbollah and the sado-masochistic haggling that followed. But the issue of Palestinian prisoners merits more delicate treatment.

Palestinian prisoners sway unparalleled influence in the Palestinian political sphere, both thanks to their sacrifice and, in many cases, to their direct experience of conflict. They are also among the most organised and politically educated subgroups of the Palestinian community, and their influence extends beyond the public sphere into the private workings and structures of the Palestinian paramilitary organisations and political parties. Their experience of imprisonment and involuntarily close contact with the Israeli authorities gives them greater understanding and common language with the occupier than perhaps any other group. It’s therefore doubly strange that this highly potent group is treated by Israel as kettle stock to be counted out and handed out at times of political necessity – as passive political fodder rather than active potential political partners. The prisoners’ release isn’t even normally listed as part of the core issues of negotiations, making it seem like they are likely to remain incarcerated even if some sort of peace should finally arrive.

So long as prisoners are perceived as hostages dependent on militants still-at-large for their rescue, it’s hard to see paramilitaries abandoning the manifestly successful tactic of taking what they see as counter-hostages; Shalit is unlikely to be the last of his kind. But engaging the prisoners as part of the negotiations – if and when genuine negotiations should resume; utilising the prisoners’ mandate and close knowledge of the Israeli side; and putting the issue of prisoner release and prisoner rights on the diplomatic agenda will upset the monopoly of hostage-taking as the Palestinians’ main recourse for securing freedom for the prisoners. Moreover, the prisoners’ new role as a potent and active player in the political arena would likely give Israel second thoughts about its “revolving door” policy – replenishing its “stock” of exchangeable Palestinians as soon as some are released.

It should be noted that all this stands quite apart from the question of guilt or innocence. While five years in solitary confinement is disproportionate to his role, and while his rights as a PoW were indubitably violated by Hamas throughout his captivity, Schalit was no babe snatched from the cradle, but a combatant member of armed forces imposing a blockade. Similarly, while many of the Palestinians set to be released in the swap are either innocent of any crime or have been punished vastly beyond the acts they did commit, many of them are, indeed, responsible for brutal and wanton killing of innocent civilians, sometimes children.

But grudgingly letting them loose under violent pressure does nothing to resolve the conflict in the name of which they did what they did, or to help the families of their victims to cope with the thought that their loved ones are dead while their killers walk free. Making the prisoner issue part and parcel of a peace process – if and when such process should take place – would also allow their release and the issue of guilt and responsibility of Israeli officers responsible for the killing of civilians to be channelled through mechanisms of truth and reconciliation, whether formal ones – like the eponymous committees in South Africa – or informal ones, like the perpetrator and survivor story-telling groups that operate privately in Northern Ireland.

Either way, it’s time to start including the prisoner issue in solutions to the conflict and the prisoners themselves in negotiation processes. Israel missed one such opportunity under Sharon, who famously refused even to read a letter by Palestinian prisoners from all factions offering parameters for negotiations. It shouldn’t miss such an opportunity again; and if it fails to arrive, Israel should itself initiate it.