Channel 10’s veteran military analyst rides along with a unit that goes undercover as Palestinians, taking a shot at embedded reporting. The result has very little to do with journalism. 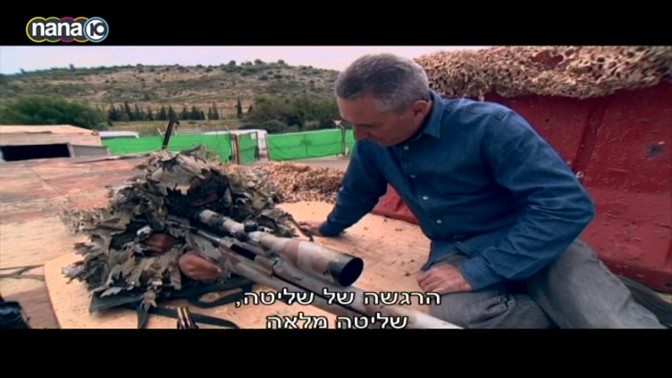 Television journalists generally bring a videographer with them when they report from the field. Embarrassingly enough, the person who filmed veteran reporter Alon Ben-David’s recent report on Channel 10 about Border Police who go undercover as Palestinians (“Mistaravim” in Hebrew) was actually a cameraman from the Israel Police’s spokesperson’s unit.

When a journalist goes on a paid junket or any assignment that is sponsored and organized by an entity that is not his or her news outlet, it’s customary to disclose the arrangement to the reader or viewer. It’s called full disclosure, something along the lines of: “The reporter has been a guest of Toyota Israel,” or “The reporter has been a guest of the Georgian Foreign Ministry.”

Ben-David should have disclosed to his viewers that he was a guest of the police spokesperson, and if any restrictions were placed on him — to disclose them, too. For instance, did he commit to not asking his interviewees challenging questions that might, perhaps, bring up ethical or moral issues? And if no restrictions were imposed on him, why did he nonetheless choose not to make any disclosure?

Ben-David — a news presenter and military and security analyst – made a downright promotional piece, in which he painted a completely one-sided picture, devoid of any journalistic content. The veteran reporter, who never stopped flattering the arrest raid and assassination unit, chose not to ask the soldiers what it feels like to make extrajudicial arrests of civilians, or to break into a family home in the middle of the night based on shady information.

Under the cover of darkness, Ben-David accompanied the “Mistaravim” on an arrest raid, which we don’t know why they carried out, and in which as far as we can tell from the footage, the “undercover” officers showed up at the site of the arrest dressed in full uniforms — and not in civilian attire. After blowing off the front door of the home, the disabled suspect is arrested and put into a car. Ben-David doesn’t feel the need to tell his viewers what evidence emanated from the suspect’s interrogation, whether he was brought before a judge, whether his remand was extended, whether he was indicted, and if so, for what crime.

Ben-David equally refrains from asking the “Mistaravim” about the psychological price that they pay — and will pay — as a result of their service. Apparently he didn’t watch his colleague Or Heller’s television documentary, in which he found that the vast majority of people who serve in similar units suffer from psychological disorders after completing their service.

The Israel Police and Border Police spokespersons got a great deal: instead of producing a public relations video on their own dime, they invited Ben-David — or responded to his request — to make a film about them, for free and on prime-time television. The truth is that in his item, which was mistakenly categorized as a journalistic endeavor, Ben-David is entirely extraneous. His input as a journalist, had there been any, passed unnoticed.

More and more often, our television screens are filled with such high production-value items with no journalistic content whatsoever. They call them military reporters. There is no more problematic area of journalistic coverage in Israel than the defense establishment. Military reporters and analysts are entirely dependent on the subjects of their reporting and are entirely unable to criticize them, as is customary in every other area of journalism. Members of Knesset, ministers in the government and heads of other large public institutions would kill for even a pinch of the sympathy military reporters shower on the security establishment and its spokespeople.

The viewer doesn’t learn anything from Ben-David’s “news” item, certainly not anything new. Maybe only that even a veteran reporter like Alon Ben-David can fall deep into the traps set by military and police spokespeople.

This article first appeared in Hebrew on The 7th Eye website.

email
Before you go…
A lot of work goes into creating articles like the one you just read. +972 Magazine is nonprofit journalism, owned by many of our writers, editors, and journalists. In order to safeguard that independent voice, we are proud to count you, our readers, as our most important supporters. With your support, we can keep +972 Magazine a strong, independent, and sustainable force helping push the global discourse on Israel/Palestine.
DONATE
More About israeli media