Within the legal community, Israel’s High Court and the state attorneys are isolated and alone in thinking that home demolitions are an acceptable practice, the petitioners argue. No date is set for a decision in the case.

Demolishing the homes of suspected — or convicted — Palestinian terrorists amounts to collective punishment that in some cases could constitute a grave breach of international law, a group of Israeli human rights organizations argued before the High Court of Justice on Wednesday.

The people most affected by home demolitions are the suspect’s family members, who have committed no crime themselves. In many cases, the accused family member — when alive — has not yet been convicted in a civilian or military court when the demolition is carried out, making the demolitions extrajudicial. 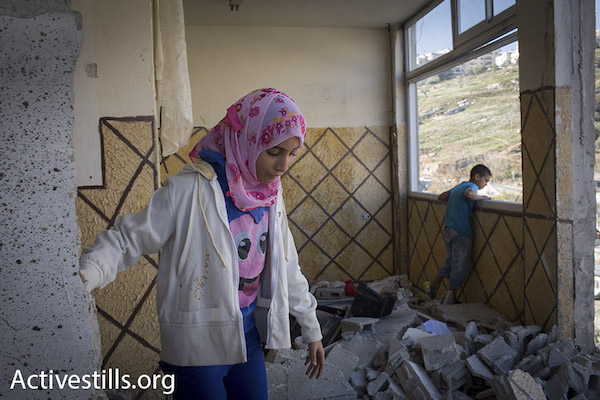 The court combined the case, which seeks to ban the practice of punitive home demolitions outright, with the appeals of two East Jerusalem Palestinian families whose homes Israel has ordered demolished. Israel has slated their two homes for demolition because two of their family members murdered four rabbis in a terror attack inside a Jewish synagogue last months. They were killed in a shootout with police.

Following the attack, Israeli Prime Minister Benjamin Netanyahu ordered the demolition of their homes, emphasizing that the state “will settle accounts with all of the terrorists,” insinuating that the demolitions are retaliatory and punitive. In court, however, the state maintained that the home demolitions serve solely as a deterrent measure.

The state argues that only the real potential of harm to one’s family can deter someone who willing to set out on a mission they know will result in their own death.

But there is no evidence backing up the state’s deterrence theory. In fact, a study commissioned by the Israeli Defense Ministry nearly a decade ago found that home demolitions have no deterrence and in some cases, even lead to additional retaliatory attacks. 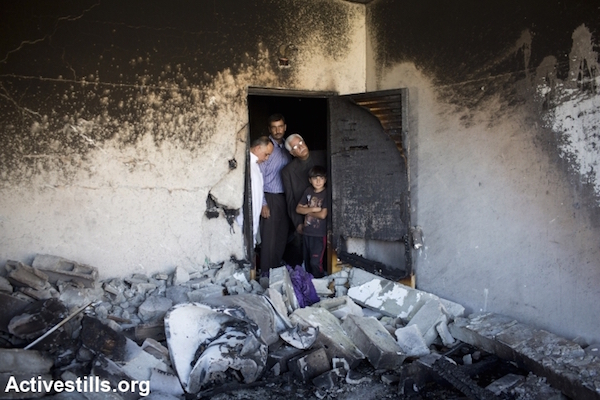 Family members examine the damage after the Israeli army demolished part of the home of Amer Abu Aisheh, one of two Palestinians who were suspects in the kidnapping of three Israeli teenagers, Hebron, July 1, 2014. (Photo by Oren Ziv/Activestills.org)

Haaretz reported at the time:

Shani reached the conclusion that no effective deterrence was proven, except in a few cases, and that the damage to Israel caused by the demolitions was greater than the benefits because the deterrence, limited if at all, paled in comparison to the hatred and hostility toward Israel that the demolitions provoked among the Palestinians.

“Hamoked: Center for the Defense of the Individual” and seven other Israeli human rights organizations, represented by Atty. Michael Sfard, did not attempt to tackle whether the practice is a deterrent or punitive measure.

Irrespective of the intention — stated or otherwise — for demolishing an attacker’s family home, Sfard argued, it constitutes collective punishment, which is prohibited by Israeli law, international humanitarian law and international human rights law.

Within the legal community, Sfard told the three justices, Israel’s High Court and the state attorneys are entirely alone in thinking that home demolitions are an acceptable practice.

“There is nothing that contradicts Jewish law and Jewish values more than [collective punishment],” Sfard said.

The petition also says that home demolitions are applied discriminatorily, as the homes of Jewish terrorists are not destroyed. I wrote on that very issue here a couple of weeks ago.

Responding to the discrimination claim, the state attorney argued didn’t bother with political correctness. Unlike Palestinian society, he told the court, in Jewish society “there is nothing to deter against.”

For many Palestinians, the fact that the family homes of Muhammad Abu Khdeir’s killers’ are still standing is evidence that Israel’s demolition policy is both racist and punitive. The state attorney in this case argued that the public shock in Israel over the killings is evidence that there is no need for deterring Jews — only Arabs.

The court did not give a timetable for handing down decisions either about the two home demolitions or the wider case about the policy itself. If the court is to hear the challenge to the policy, it is likely to appoint a wider panel of judges, which is customary when ruling on questions of constitutionality. 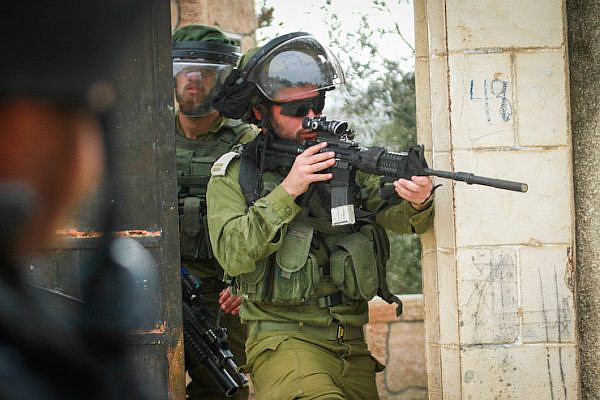