“Slutwalk,” the global movement that calls on women around the world to march in minimal clothing to protest sexual harrassment, is coming to Israel. The movement aims to protest the claim that how a woman is dressed can cause sexual violence. But while Varda Bachrach demands equality just as much the next feminist, you won’t see her take to the streets. 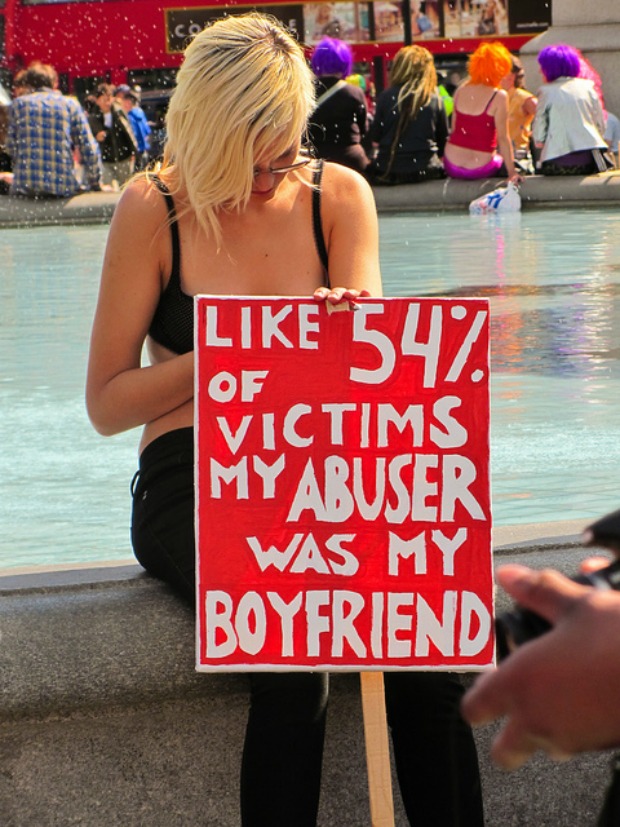 Slutwalk started in Canada almost a year ago in response to a comment by a male police officer that “women should avoid dressing like sluts in order not to be victimized.” Women and men took to the streets to protest the claim that how a woman is dressed could cause sexual violence. The protests spread around the (Western) world.  Many of the women protesting do so in their underwear, or dressed scantily, some have written the word slut on their bodies.

I too was outraged when I heard the police officer’s “advice” to a group of students . Blaming the victim of this violent crime is despicable. It also represents a stereotype about rape which is not accurate; almost 90% of rape victims in Israel know their attacker, young children and old women are also victims of rape and sexual assault. Clothing does not cause rape. I will march  to protest sexual violence and the dangerous myth that female victims are to blame. However I will not march in the Slutwalk when it comes to Israel.

The word ‘slut’ is deeply offensive and is used to humiliate women for their sexual behaviour. I am not a slut, regardless of my sexual behavior, and neither are you. I do not believe that trying to own the word slut or redefine it promotes sexual equality. What would be the equivalent term for a man? The term and the concept need to be relegated to history.

I also have an issue with women protesting undressed. Recently I happened to see a small demonstration in Kikar Hamedina involving a number of women in their underwear opposing the sale of fur. I am sure that the protesters were intelligent and articulate as well as passionate about their cause, but we don’t need to use our bodies to get what we want. In a movement which defines itself as feminist this applies even more.

I agree that women should be free to dress as they wish and be safe of sexual assault, but we do not need to take our clothes off to make that point. We exist in an era where the media sexualises women and children, we should reject that. The sexualisation of women, including young girls, sees women through the male gaze. It is not liberating for women’s sexuality nor empowering, especially for those who do not fit in with the accepted norms.

Varda Bachrach lives in Tel Aviv and writes in her spare time. She is becoming increasingly concerned about the society in which she is bringing up her daughters.