A journey to the Holy Land’s disused railway stations begins with a sonnet of concrete. Digital and disposable camera photography by Elisha Baskin. 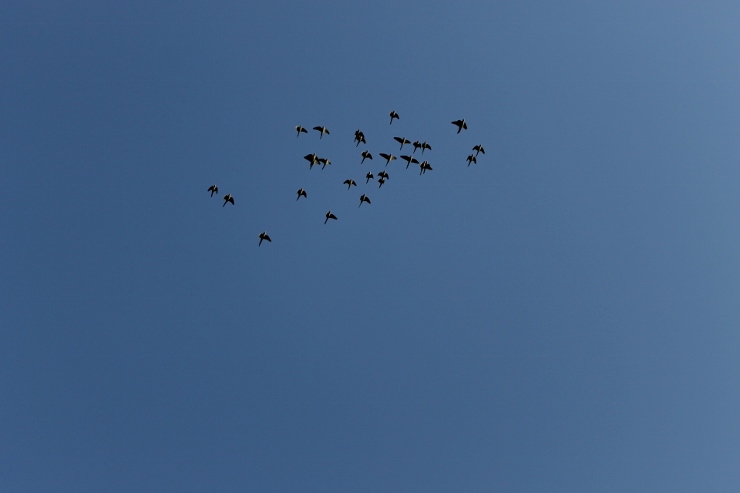 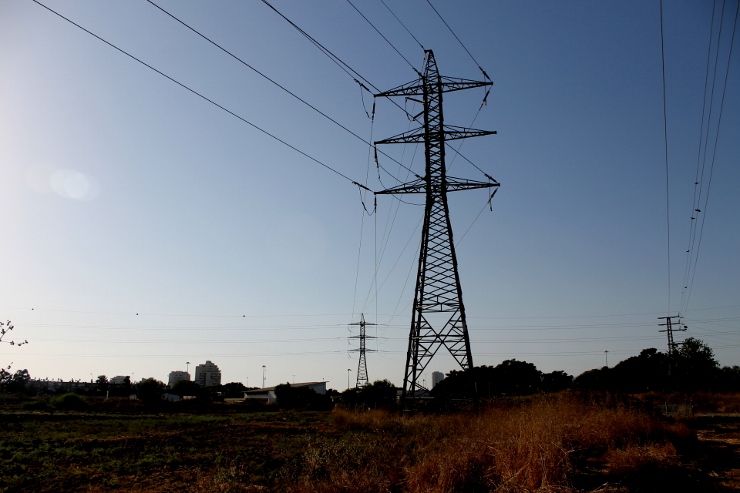 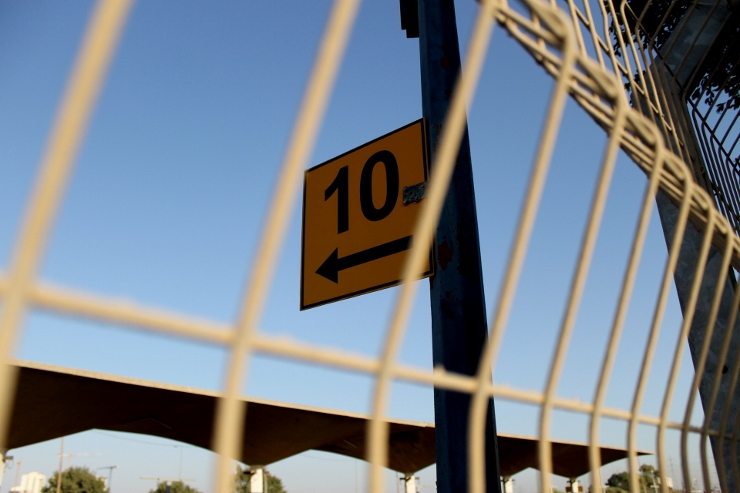 There is an old railway station in south Tel Aviv. It isn’t really so old by local standards, being 80 years younger than the city’s first train depot. A concrete edifice of the 1970s, it would hardly delight all eyes. “Tel Aviv south” is no Milano Centrale, oh, and it hasn’t served any lines since 1993. It’s useless.

Nevertheless, not only do I take off a hot September day to head there, but I have company. Elisha is a history adventurer: an archive detective who finagles rare film footage, photos and sound bites related to this country’s past. I told her I plan to explore the country’s disused train stations, and she sent me a strange array of ancient photos related to transport in the Holy Land. They were stunningly random. Here was spectacular company for a random historical journey.

“And the first station is just down the street from your hood,” I mentioned.

“There’s a station there?”

Behold how the past evades even its greatest lovers. Then again, South Tel Aviv Station was invisible from its beginnings. That is what sealed its fate.

I would build on the moon

Here is the brief chronicle of a civil engineering folly: the city’s first train station was opened in Jaffa in 1892, when only Jaffa existed. At one time you could board a train there and travel north to Damascus and as far south as the Sudan.

Following the war of 1948, that station became disused. The young State of Israel sought to decentralize Jaffa, allowing the adjacent Hebrew city to inherit it. The final mile of rails was undone, and trains now only ran as far as a station in central Tel Aviv.

The 50s and 60s saw society and leadership both turn automobile-crazed. City politicians expressed concern over traffic jams and blamed the trains that rolled into downtown. Eventually a new station was planned at a peripheral location, and an architect was chosen: Nahum Zolotov.

Zolotov himself felt uncomfortable with the initiative and proposed a more central location. He was defeated but took the job anyway. “I’m an architect,” he later explained in an interview, “I would build on the moon if that was the demand.”

South Tel Aviv station could have just as well been located on the moon. It lacked a link to any other transport terminal, and could not be reached by foot from the city center. Following its inauguration, travel by train fell dramatically out of fashion. It took 23 years for a fourth central station to be built, repairing some of the damage. This one was placed in the city’s affluent north, favoring its burgeoning bourgeois class, reflecting yet another shift of priorities.

“Oh that!” says Elisha, as we hit the bridge and glimpse the long concrete parasol, shading the platforms. “So that’s what this is.”

We are both fairly taken with the structure’s aesthetics. Most Israeli concrete architecture of the period is Brutalist. This happens to be elegant. The terminal is roofed with variations of the same leitmotif that makes up the parasol: a stubby, overturned pyramid balancing on a single column.

On the façade is a sign. This, so it seems, is Israel’s “School for Train Professions.” It appears to be operative yet out of session. We are not alone, however, and soon two security guards engage us. One of them demands we delete what photos we already took and briefly confiscates Elisha’s ID. 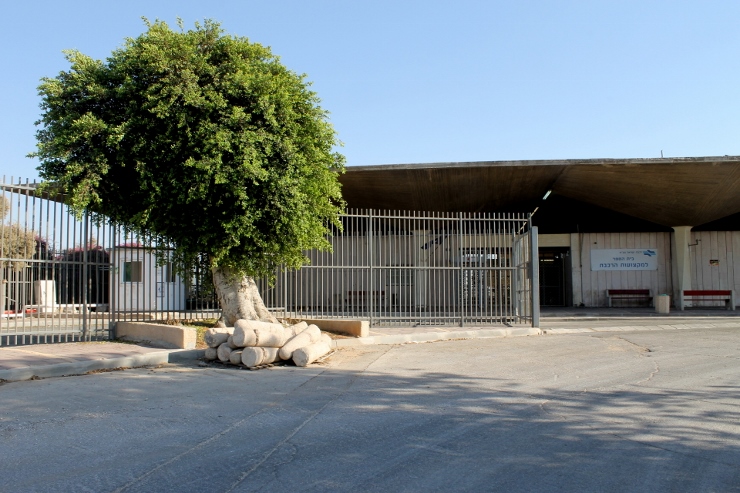 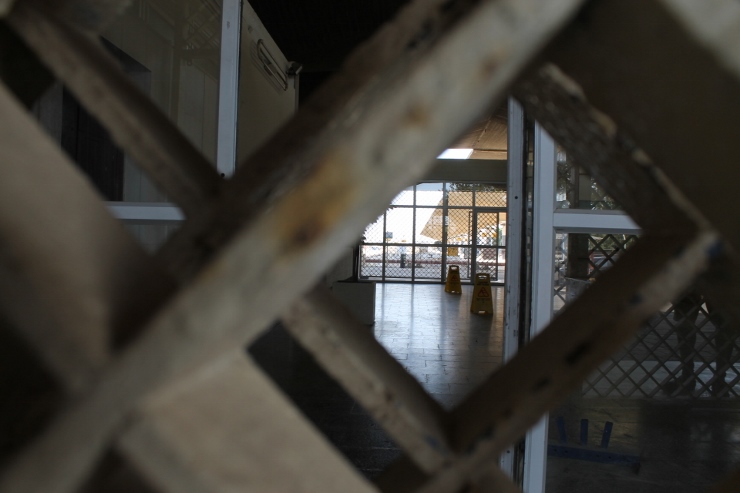 A glimpse of the interior. This land is heaven for enthusiasts of 20th century concrete architecture 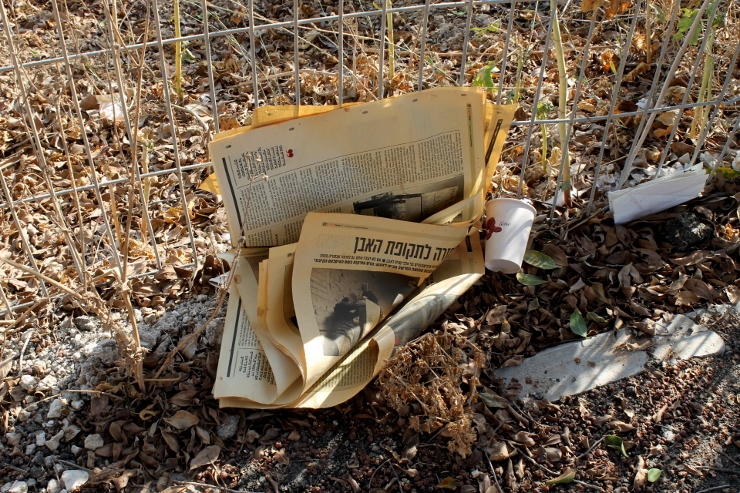 “Photography is prohibited in any of the premises,” he warns, “nor may you approach the station from any direction. Over there,” he points, “is the freeway, and the other way is agricultural stuff. They run patrols there all the time, and trespassing is a criminal offense.”

He’s actually quite courteous, but hardly helpful. When we ask for a contact who could give us permission to shoot, he suggests we talk to “the train itself.” We ask him for a phone number. “I’m employed by an outsourced contractor,” he explains, “I don’t have any phone numbers.” As we thank him and head on, I can’t help but muse over the symbolism. Here is a hermetically fenced failure, guarded by underpaid men who can’t contact anyone in authority. Such an allegory for our homeland.

Here is where this journey truly begins: in a descent into thorns. We pick the side of the “agricultural stuff” and find a breach in the fence. As soon as we do, I sense how unlike my other journeys this one was going to be. Where are we headed? Not to an actual historical relic nor to a thing of the present, nor to anything that offers a sense of future. We are climbing over trash into a ditch, a dreadfully dusty and thorny ditch. What possesses us?

We are sure to find that out. For now it was all about the station and getting a better view. The ditch is deep. It separates the station’s parking lot from a plowed field encircled by yet another fence. Having reached its bottom we follow it towards the station. It leads to an underground passage that goes directly beneath it.

We step underneath our holy grail into a dark concrete tunnel, like a doomsday shelter from some 1980s political thriller. We have made it and haven’t, like two Ethiopian migrants who crossed deserts to reach the land of milk and honey, and ended up in a Rehovot housing project. We go all the way down the tunnel, then back, then step back out and look around.

There is a lot out there besides the train station. Over the tunnel entrance is a massive mural, the work of some anonymous street artist. In it, black-furred mammals of some sort torment the sleep of a multiple-eyed man. In the actual sky above the painting flies a flock of green parrots, a foreign breed that was somehow introduced to this land and has been known to cause much damage to its ornithological balance.

Following the ditch it feels as though we are in the middle of nowhere, but this is not nowhere. It is a corner of the metropolis’s south neither of us has ever visited, and like every point in this country it’s wild. Across the parking lot is a high school affiliated with Israel’s air force. In its front yard sit two defunct helicopters and a real-life jumbo sized military drone. The highway has a tale to tell, as does the closely watched field, and the adjacent neighborhoods, the city’s poorest and most diverse, buzz with millions of tales. Our random destination offers us a new angle from which to recognize all these.

Down the ditch and up at the top of the slope, we find a gate in the field’s fence. It is open, a gaping loophole. It allows us to come closer to the station and shoot its platforms from a two-yard range. But they matter less now. One thing we already know of this journey: it isn’t about platforms. 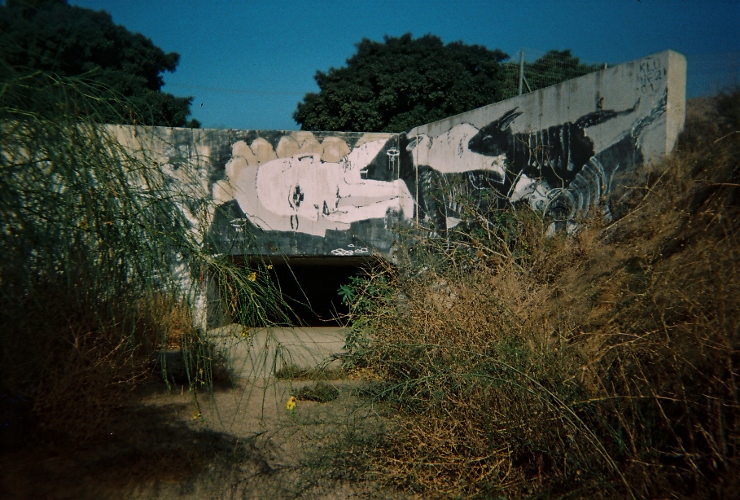 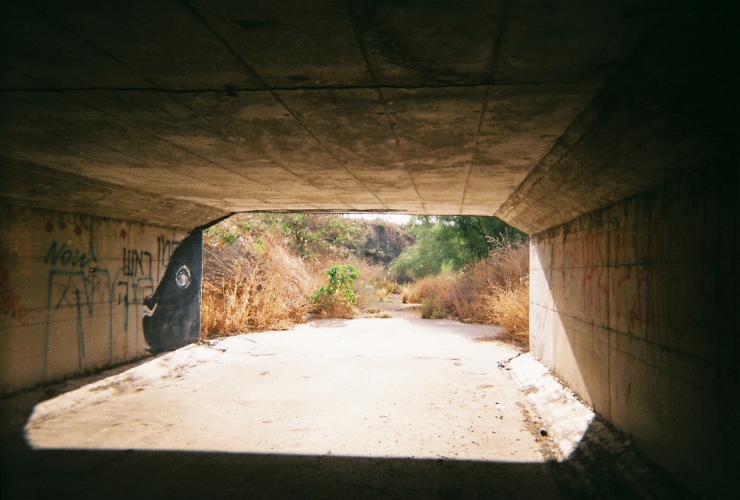 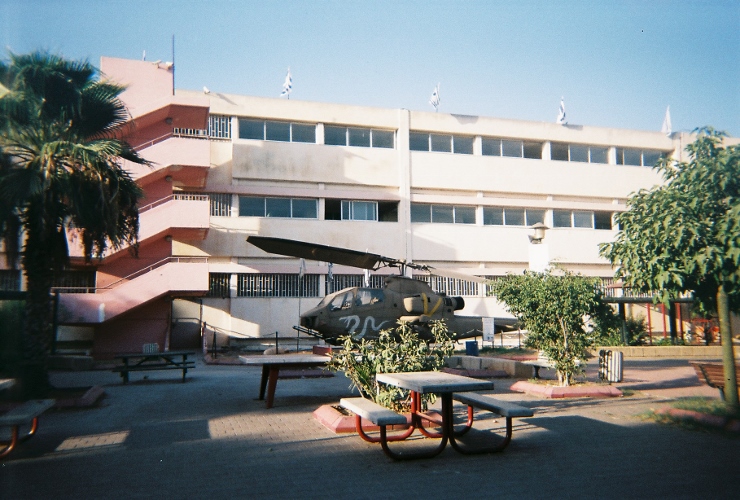