A stroll west of West Jerusalem can lead to a surprising discovery, confronting the casual walker with various layers of the Palestinian tragedy. 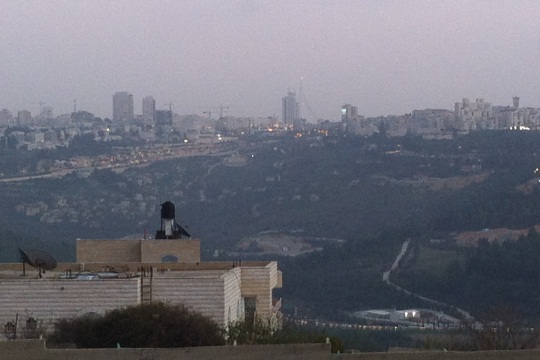 A view of Jerusalem from a village trapped between an invisible border and a real separation barrier. (photo: Yuval Ben-Ami)

I just finished an ordeal at the Knesset. The next thing on the agenda was a long phone call, one that would last for at least an hour. Instead of walking about West Jerusalem for an hour, I decided to begin heading west on foot.

The brisk winter day was gorgeous. Beneath me, past the last row of city blocks, lay the gulley separating West Jerusalem from a ridge of lofty hills to the west. The slopes were made green by the season’s blessed rains. If I climbed down, then up again, I would arrive at the suburb of Mevaseret Zion, where busses stop on their way to Tel Aviv.

I found a street that turns into a trail and headed down, soon arriving at the abandoned Palestinian village of Lifta. Unlike many other villages that were emptied in 1948 and later destroyed, this one remains nearly intact. Lately, it narrowly escaped being replaced with a posh residential complex for Jewish Israelis. Walking among the crumbling stone buildings is a sad experience, but I could at least comfort myself in that Lifta remains as a monument.

While speaking leisurely on the phone, I crossed to the other ridge and began climbing a slope that I thought would lead me to Mevaseret Zion and to the bus. It did not.

The houses atop the hill were not lined along neatly planned streets, as they would be in Mevaseret. Instead, homes were freely scattered along badly paved roads, some of them were new, others – as old as those of Lifta. This was a Palestinian village, and various signs told me that it was not Palestinian-Israeli, such as nearby Abu Ghosh. The roads really were in a very poor shape, and the roofs bore black water tanks, rather than the white ones typical in Israel.

How could this be? I have been walking west from West Jerusalem. I am supposed to be in Israel proper, in the “Jerusalem corridor” – sandwiched between the north and south West Bank. This village is located only a half a mile from the Jerusalem – Tel Aviv freeway, which trails the adjacent slope, it is visible from its lanes and from many building in the city, looking like a mosque –topped suburb of Mevaseret Zion or of nearby suburb of Ramot, which, it now occured to me, is built partially over the Green Line. Israeli urbanization in this area is designed to blur this line’s existence,

Walking a bit further in, I began to see cars. Their license plates were white and green – Palestinian. Such cars are not allowed on Israeli roads. The mystery thickened. I haven’t crossed a fence nor a wall, and yet I entered the West Bank on foot. Less than an hour ago I was inside Israel’s parliament. Now here I was, at what must be a southwestern offshoot of the territory of another sovereign state, recognized by the UN and occupied by my own.

I knew that the separation barrier was not complete, but was amazed to find it nonexistent at such proximity to West Jerusalem. The barrier is meant to impact our brains, and it does. What made the situation so strange in my eyes was indeed how normal it was. The very fact that I could wander into this village as a peaceful visitor seemed bizarre. This isn’t real life! In real life there are walls separating people and military vehicles threatening the life of anyone who tries to sneak over. I have gotten used to this. I didn’t know how to deal with something so different.

Then I turned back, looked over at Jerusalem and felt a great sadness take over me. The people who live in the house shown in the above photo are not allowed to walk down the trail I took. It is unlikely that they possess a rare “Jerusalem pass” issued by the Israeli authorities. Most likely, they risk arrest and interrogation if they dare to visit the city. It is a city that appears every morning through their windows, a city that is sacred to them, a city that is the birthplace of their culture. A city that is off bounds.

Off bounds – just like Mevaseret, into which I now walked without hassle, climbing over the Green Line at some point I could not even identify. I took the bus and headed for the coast – the coast reserved for me. On the way I looked for the village on my Google Maps iphone application. Like most Palestinian villages and towns, it did not exist there. I can only assume that Google uses Israeli sources for its maps.

With the help of activist friends I learned that the village is named Beit Iksa. Israel plans to complete the fence separating it from Jerusalem next year. Meanwhile, a temporary fence stretches northeast of the village, and its residents must go through a checkpoint in order to visit the rest of the West Bank. While the village is trapped between a real barrier and an invisible one, Israel is confiscating its lands for the Tel Aviv-Jerusalem high speed rail. I’ll stop here. That’s enough absurdity for one post. Next time I’ll make sure to take the bus directly from Jerusalem, like most Israelis do, in order to avoid reality’s burden.

P.S. I feel compelled to add that Beit Iksa is by no means unique. Israel built the separation barrier unilaterally, often several kilometers inside the West Bank, confiscating nearly 9% of its territory. In most cases, the barrier was not placed temporarily, trapping Palestinians inside land-locked islands for good. Or at least until something changes.

email
Before you go…
A lot of work goes into creating articles like the one you just read. +972 Magazine is nonprofit journalism, owned by many of our writers, editors, and journalists. In order to safeguard that independent voice, we are proud to count you, our readers, as our most important supporters. With your support, we can keep +972 Magazine a strong, independent, and sustainable force helping push the global discourse on Israel/Palestine.
DONATE
More About west jerusalem 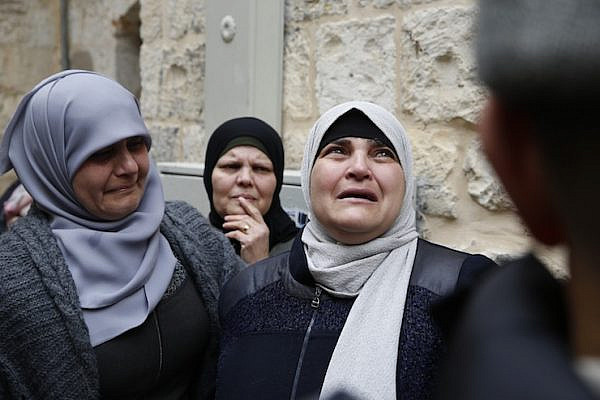 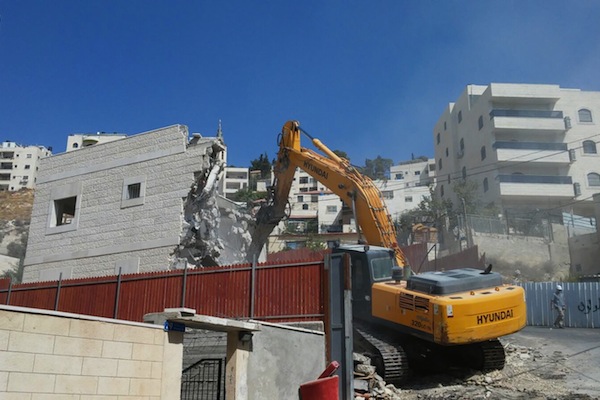 When the walls of your home come crumbling down
In East Jerusalem, entire families have their homes demolished and are thrown into the street. Just a few miles away, Israelis live without having to worry about losing everything they have. By Sahar Vardi Two children in uniform came down from the second floor to say hello to us before our ride left. With broken Arabic…
By +972 Magazine September 13, 2017 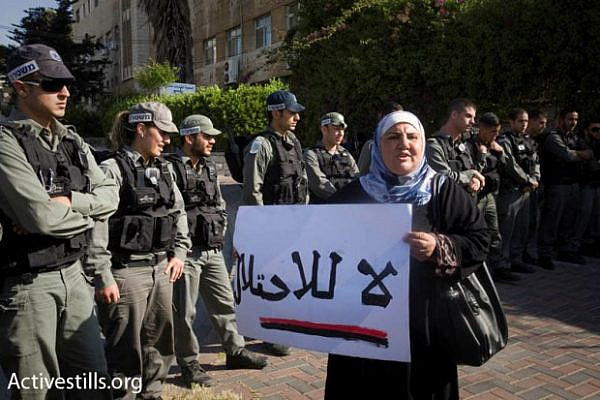 Former attorney general stands with Palestinians facing eviction
Former Attorney General Michael Ben Yair, whose former family home in Jerusalem is now occupied by Palestinians facing eviction, says he will reclaim the property in order to legally hand it over to them. The feeling of déjà vu that enveloped the East Jerusalem neighborhood of Sheikh Jarrah last Thursday was especially somber. Here we…
By Orly Noy August 13, 2017