Despite what many commentators would have you think, Israeli elections were not decided by racism among Israel’s Mizrahi population. 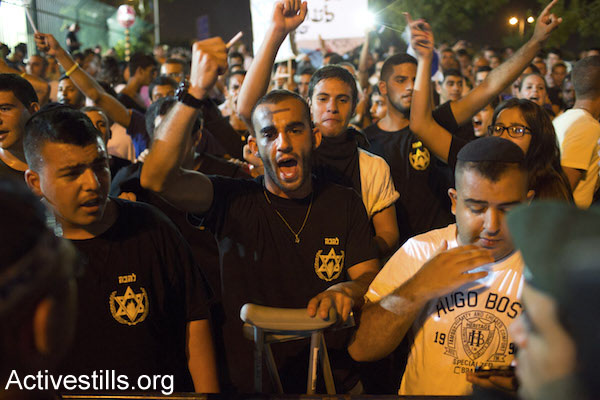 Benjamin Netanyahu’s re-election is largely credited to votes from the Mizrahi periphery, but to credit the Mizrahi periphery alone would be naïve. The Likud party, after all, is an Ashkenazi one at heart, with Ashkenazi supporters. The magnitude of Netanyahu’s win, as a result of his “gevalt campaign,” (a desperation blitz) actually came from the Ashkenazi Right — Jewish Home voters sacrificed their party to save Netanyahu.

In a recent article, Larry Derfner condemned “poor” Mizrahi Israelis for Netanyahu’s victory. Did “poor” refer to the working class? If so, does working class equate being “poor?” Is poor synonymous with being uneducated? Can one be educated and poor? When an Ashkenazi Israeli voted for Likud or Jewish Home, did that mean he was “poor” and thus uneducated? Or just uneducated? While Derfner sought to present a post-race, post-classist argument for ending the “infantilization” of the Mizrahi working class, it effectively perpetuated the very idea that the Ashkenazi Left is aloof and alienating.

Asserting that “the Mizrahi poor hate weakness, worse than the average Israeli,” is akin to the rightist statement that the “Arabs only understand dictatorships.” The idea that poor Mizrahi Jews worship fearless leaders is orientalist at its core; it plays on an age-old concept of oriental populations as an uncivilized, hot tempered and dangerous lot in need of iron-fisted rule. The idea that this hate is worse than that of the average Israeli, further implies that the poor Mizrahi is not really Israeli. For if hatred for the weak is an exclusively “poor Mizrahi” feature, where does that place Naftali Bennett and his election slogan of “not apologizing?”

Assigning Mizrahim collective features is dangerous, not least because stereotypes breed intolerance. It is dangerous because we are talking about an umbrella identity patched together by a 67-year-old shared narrative in Israel as the Jewish “ethnic other.” Mizrahim come from a geographically, culturally and linguistic diverse area that spans from Morocco to Iran.

The Ashkenazi Left’s wasted opportunity for new governance continues to snap at the Mizrahim of the geographic periphery, as the unruly apes that ruined the party for everyone in Tel Aviv. It is that exact historical psyche that guides the Ashkenazi Left in assuming the role of the “chosen” people for the chosen people, which views the Mizrahi savage in need of re-education and guidance. It is the same patronizing racism that provided a historical pretext for the cultural suppression of Mizrahi Jews, the wide-scale theft of Yemenite new-borns and infants, the segregation of housing, discrimination in employment, the erasure of cultural identity, the theft of goods and historical relics.

Mizrahi distrust of the Left runs a lot deeper than hatred of weakness. It also runs deeper than just the transit camps of the 1950s; to simplify it to that one event in history, as Derfner does, is to disregard the Mizrahi story in its entirety. The transit camp serves as a collective symbol no different to the historic symbols of slavery for African-Americans and the Holocaust for Ashkenazi Jews. The transit camp stands testimony to the lasting inequalities vis-a-vis Mizrahi representation in academia, politics and income.

Derfner further argues that working class Mizrahim hate African asylum seekers and Arabs. And yes, like any other socio-ethnic group, Mizrahim do have a racism issue, and like any sector of society, those issues should be tackled by members of that group — not by those who make up Israel’s de-facto privileged caste. Just like a white feminist cannot speak on behalf of the issues that black women face, Ashkenazi leftists cannot dictate the need to fix the racism of the poor Mizrahim.

Any hatred of African refugees and asylum seekers cannot be confined to the poor Mizrahi Israelis. No race or class is exempt when the mainstream Israeli media continues to refer to the refugees as “infiltrators,” drawing a (sub)conscious connection to the Palestinian fedayeen fighters of the 1950s. It is that imagery which creates nationwide hostility, borne of government policy and media coverage that casts the refugees as yet another threat to Jewish statehood. Racism toward African refugees isn’t a Mizrahi problem — it’s an Israeli problem, full stop.

Likewise, to lay racism toward Arabs on the shoulders of Mizrahim is to ignore the history of Israel. Ben-Gurion long emphasized the need to fight the “Levantine spirit” of the Mizrahi Jews, a mentality he believed was beneath the Ashkenazi foundations of the new Israeli identity. It was the Left that ensured Mizrahim became ashamed of their roots, that “Arabness” would leave a bad taste in their mouths. To deplore poor Mizrahim as being full of hate for those below them is to dismiss all the elements of the Mizrahi story.

If the poor Mizrahim hate Arabs, it is in also in part due to their own historical baggage with the Arab world as the indigenous sons of this region, having been punished for the Nakba, the Ashkenazi Left’s expulsion of the Palestinians in 1948. If the Mizrahim hate Arabs, it is because of the segregated housing policies that put poor Mizrahim on the Israeli-Arab front lines, absorbing the brunt of the Ashkenazi Left’s historical conflict with the Arabs. Poor Mizrahim worry that an Ashkenazi left-wing government will destroy any progress that they have made within Israeli society.

If Israeli society wasn’t built on a complex ethnic racial hierarchy, then perhaps the Ashkenazi Left could denounce the working class Mizrahi voter and his racist tendencies. But the reality remains that Mizrahi Jews, both rich and poor, remain inferior to the Ashkenazi population, socially, economically and historically. As long as racist inequality remains, then there is no need for the Ashkenazi Left to re-educate a subordinate, indigenous part of the population.

When the day after tomorrow comes, when the party ends and white flight causes the privileged to exit en masse with their EU passports, it will be the Mizrahim, rich and poor, with nowhere to go, who will clean up the mess alongside the Palestinians. Because only they will know how to live alongside their Arab counterparts, as they have done for two millennia.

Leeor Ohayon is a documentary photographer from London currently in Israel focusing his photographic work on Mizrahi Jewry. 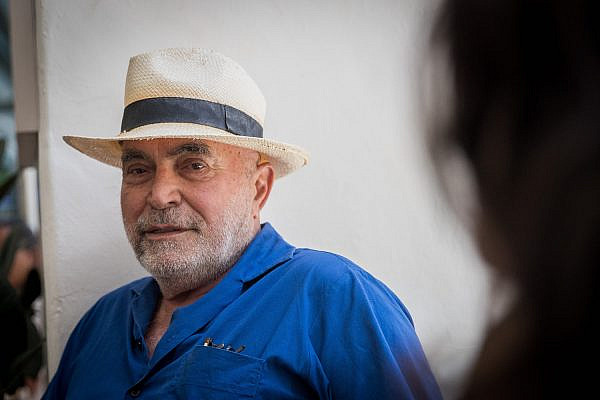