The 150 men walk six hours through the Negev desert in bid to reach Jerusalem, are currently in Be’er Sheva and rebuffing authorities’ offer to bus them back to the ‘Holot’ open prison facility that opened late last week. 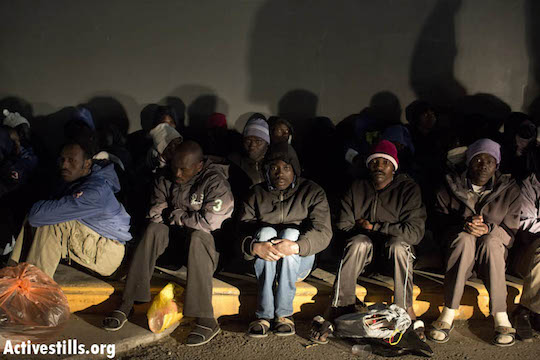 Roughly 150 Sudanese asylum seekers left a new ‘open prison’ and walked six hours to Be’er Sheva in a mass act of civil disobedience protesting their continued detention without trial and demanding recognition as refugees on Sunday.

The asylum seekers were transferred to the new facility, “Holot,” in recent days in line with a law passed last week. The law is an attempt by legislators to circumvent a High Court ruling, which struck down as unconstitutional a previous law that permitted the indefinite detention of asylum seekers. The new law instead authorizes their indefinite detention in “open” facilities.

Most of the men have already been imprisoned for 18 to 24 months without trial.

“It’s just like a prison, only the doors are open,” a Sudanese asylum seeker at Holot told a representative of the Hotline for Refugees and Migrants earlier Sunday.

He explained that the new open-door policy is meaningless when the facility is located in the middle of the desert and there’s nothing outside of the prison’s gates.

“If somebody leaves they surely won’t return,” the Sudanese man added. “It doesn’t really matter because if they catch us they’ll take us back to the previous prison. It doesn’t matter which prison you’re in.”

At 11 p.m. Sunday night the men were at the central bus station in Be’er Sheva, where it appeared they intended to spend the night for lack of better options. Earlier in the evening Immigration Authority officials attempted to convince them to return on buses to the Holot ‘open prison’ but the asylum seekers refused. 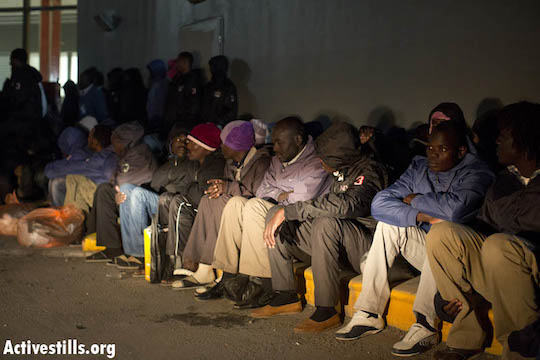 Under the new law Israeli authorities cannot arrest detainees from the ‘open prison’ until they have been absent from it for 48 hours.

Once they are arrested, they can be brought back to the ‘closed,’ Saharonim prison.

According to a representative of the Hotline for Refugees and Migrants, many of the asylum seekers have been on hunger strike for two days already. One collapsed and was brought to a hospital in Be’er Sheva.

They had originally planned to march all the way to Jerusalem. Israel and the wider Middle East are currently experiencing a massive winter storm; Jerusalem has been mostly shut down and isolated from the rest of the country for several days due heavier than normal snowfall.

emailemailemail
Before you go…
A lot of work goes into creating articles like the one you just read. +972 Magazine is nonprofit journalism, owned by many of our writers, editors, and journalists. In order to safeguard that independent voice, we are proud to count you, our readers, as our most important supporters. With your support, we can keep +972 Magazine a strong, independent, and sustainable force helping push the global discourse on Israel/Palestine.
DONATE
More About saharonim 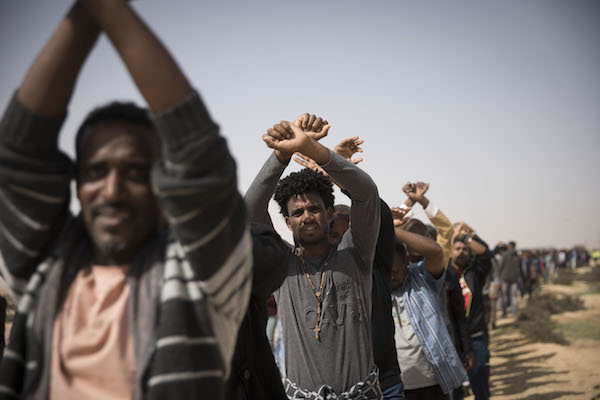 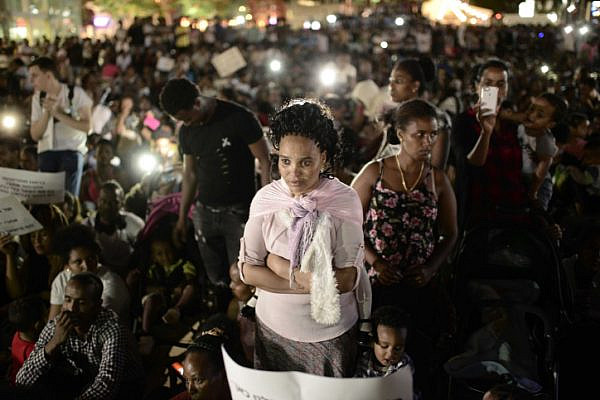 Israel to deliver asylum seekers to the hands of human smugglers
Even as it invokes the Holocaust at every turn, Israel is feeding the people who most need its protection to a brutal human smuggling industry. In doing so, it becomes an active player in the worst migration crisis since the Jewish people’s near-extinction. Exactly one decade ago, liberal Israelis were boasting of their government’s treatment of…
By Noa Yachot December 29, 2017