According to the Israeli narrative, the timeline of violence that resulted in Syria shooting down an Israeli fighter jet began just a few hours earlier. But Israel has been bombing inside Syria for months. 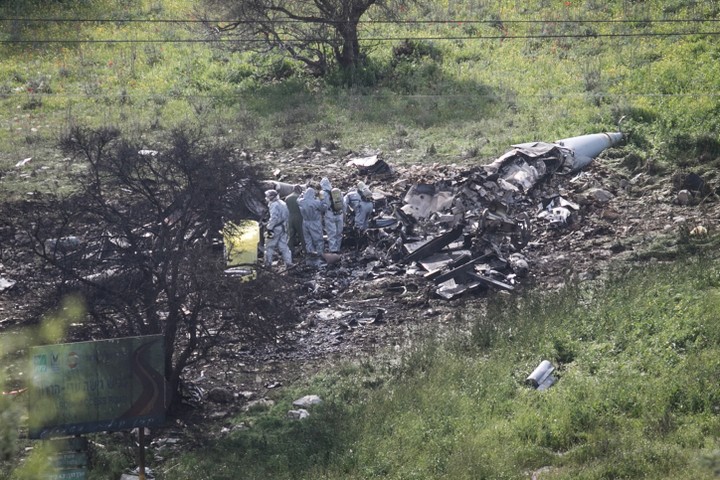 Make no mistake: the dramatic escalation of violence on the Israeli-Syrian border Saturday morning was initiated by Israel, and it is Israel’s responsibility to end it.

If the reports are accurate, and an Iranian drone did enter Israeli airspace Saturday morning, then this is indeed a new development, and a blatant and provocative violation of Israeli sovereignty. However, the escalation has been ongoing for several months and the Iranian drone was not the first shot fired, so to speak. Israel has been violating Lebanese sovereignty with manned and unmanned overflights and other incursions for over a decade now, and as Idan Landau wrote just a few days ago, in recent years began doing the same over Syria, conducting hundreds of airstrikes inside both countries.

In Hebrew, the IDF Spokesperson portrayed the drone intrusion as a “subversive action” against Israel. In English, the army warned that Syria and Iran are “playing with fire.” Military commentators in Israel are already echoing that narrative of escalation, which is not weakened by the fact this was the first time since 1982 that an Israeli fighter jet has been downed by enemy fire. Yet it is only possible to portray an Israeli attack on a neighboring state as a legitimate act of defense, and anti-aircraft fire on attacking warplanes as an act of aggression, by blindly and dangerously narrowing one’s view of reality, putting zero value on any perspective other than one’s own.

Israel has justified its cross-border attacks in recent months as preventing the introduction of new weapons into the hands of Hezbollah, which it claims would “breaking the power balance” in the region. But as Landau wrote, it is not up to Israel to dictate what weapons its enemies may obtain – just as no Israeli would say it is up to Iran, Syria, Lebanon or Hezbollah to determine what arms Israel may develop or buy from its allies.

At the time of writing, it appears that the current exchange of fire is over, but the imminent danger in this volatile situation has not passed. The primary threat is Israel’s policy of allowing itself a free hand to attack its neighbors. More than just calming messages from Jerusalem will be necessary to change that.