As injustices continue to mount up in the U.S. and Israel-Palestine, young activists are taking the fight to politicians and powerbrokers.

David Friedman, President Donald Trump’s pick for U.S. ambassador to Israel, sat through questioning in a Senate confirmation hearing this week, as part of the process any nominee has to go through before their appointment is approved. He wasn’t expecting the surprise that Palestinian and Jewish political activists — all U.S. citizens — had prepared for him.

Friedman’s responses were cut short throughout the hearing by young people who hurled accusations at him regarding his views on a solution to the Palestinian-Israeli conflict and over his support for the settlement enterprise in the West Bank. Friedman, who favors moving the U.S. Embassy to Jerusalem, discovered that the road to the Temple Mount is not decked with roses. His frozen expression and fixed gaze every time an activist interrupted him and was removed from the hearing gave him away.

These young people expressed their opinions to Trump’s appointee freely and directly. They could have staged a more regime-friendly demonstration outside the hall, but chose what is becoming a more and more prominent tool for protesting in front of decision-makers: the in-your-face protest.

A similar protest took place in Israel on Thursday evening. In a small, quiet room stood Internal Security Minister Gilad Erdan and Police Commissioner Roni Alsheikh, present for a ceremony to mark the opening of a police station in Jaffa. The pair were joined by dozens participants, among them the Chief Rabbi of Tel Aviv, respected members of the Jaffa community, police officers, members of the public — and several social and political activists who had prepared a surprise similar to that received by Friedman.

The activists — Inbal Sinai, Yigal Rambam and Khaled Jabarin — cut off Erdan as he was speaking. Rambam accused Erdan of incitement and racism against Palestinians and Ethiopians. Jabarin asked him who he thought had shot Yaqub Abu Al-Qi’an to death in Umm el-Hiran last month, prior to a series of violent home demolitions. 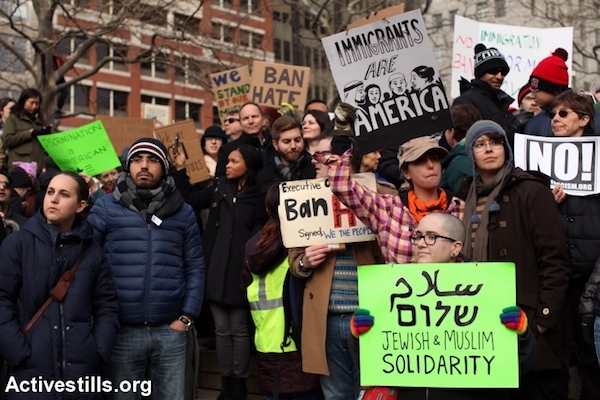 Sinai demanded that Erdan apologize for his incitement against Palestinian citizens of Israel during the “wave of arson” that wasn’t and for the “ISIS ramming attack” in Umm el-Hiran. The three protesters were hauled out of the room, detained and released under restricted conditions, including being banned from protesting for the next month.

These direct protests against decision-makers prove that they reverberate and raise awareness, even if they don’t involve huge numbers of people. They were targeted demonstrations which made noise and delivered a clear, distinct message.

The age of post-truth and alternative facts is also a new era for protest movements and activists around the world. Governments will stop at nothing to disseminate their lies and to stupefy the people they’re supposed to serve. Societal divisions have made it harder to fight a predatory regime, as have disagreements over sources of information and rifts in how reality is perceived — splits that governments can control and cultivate.

Nonetheless, individual protests and direct actions are turning the tables. The element of surprise, the disruptions, and the messages delivered point-blank, are undermining powerbrokers’ sense of stability and security.

This is a new age for protest, in which someone can stand directly opposite a government official and tell that person exactly what they, and many others, think. In these troubled times, people are coming to understand that being a decision-maker is not just a title. On the contrary, it’s flesh and blood with a name and address. A decision-maker is responsible for every step they take, and if they betray their primary role — impartial service to the public — they are liable to be faced with an especially fierce protest.

Get Our Weekly Newsletter
Before you go…
A lot of work goes into creating articles like the one you just read. +972 Magazine is nonprofit journalism, owned by many of our writers, editors, and journalists. In order to safeguard that independent voice, we are proud to count you, our readers, as our most important supporters. With your support, we can keep +972 Magazine a strong, independent, and sustainable force helping push the global discourse on Israel/Palestine.
DONATE
More About Gilad Erdan 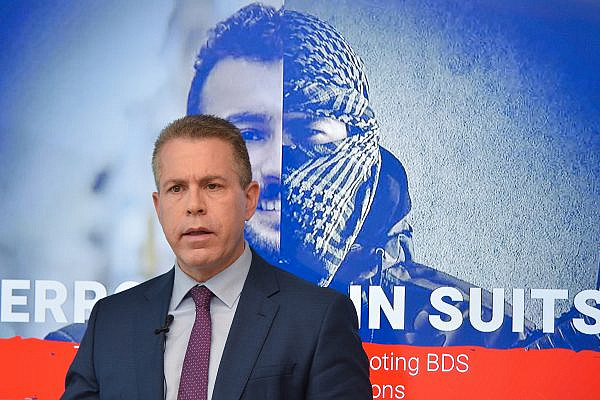 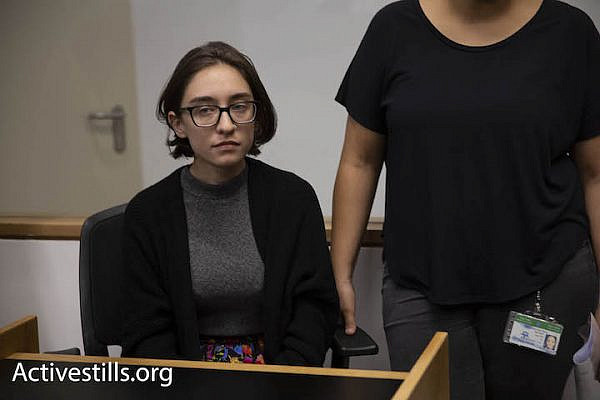 Judge orders Palestinian-American student to remain in Israeli custody
According to the state, it is enough that Lara Alqasem clicked ‘attending’ on pro-Palestinian Facebook events to prove she is pro-BDS. By Edo Konrad and Oren Ziv A Tel Aviv District Court ordered Lara Alqasem, the 22-year-old Palestinian American who was denied entry into Israel due to her political views and has been held by Israeli…
By Edo Konrad October 11, 2018