Women across the country take part in a general strike to protest the government’s inaction over gender violence. Twenty-four women have been murdered since the beginning of the year. 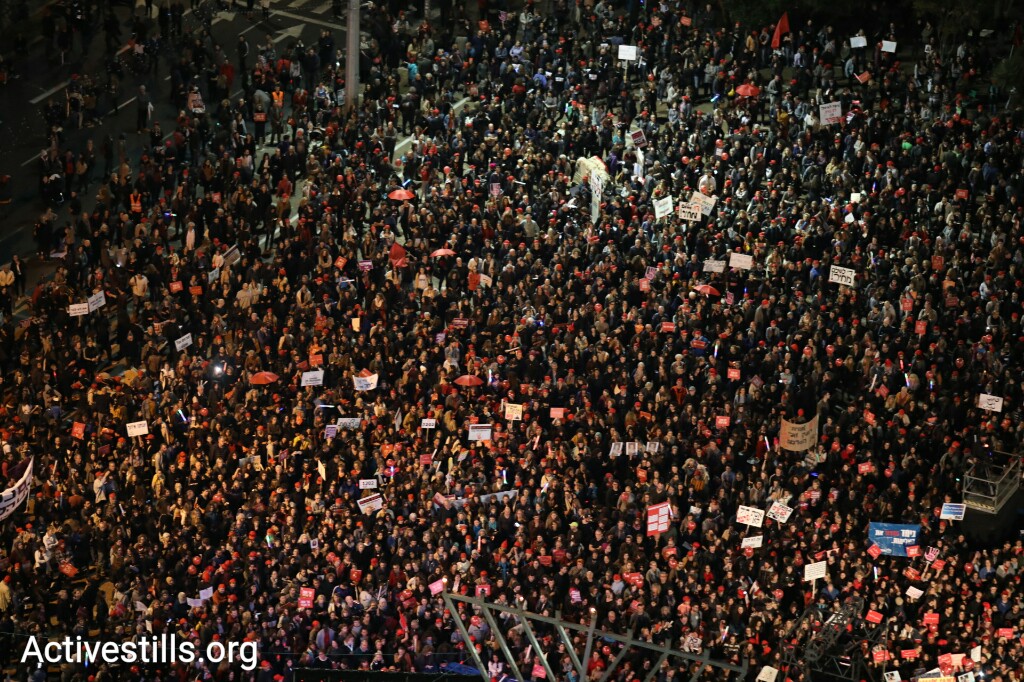 Tens of thousands of women in Israel participated in a general strike across the country on Tuesday, declaring a “state of emergency” to protest the government’s inaction toward violence against women.

The strike, which included demonstrations, direct actions, and vigils for women who have been murdered, took place in cities such as Tel Aviv, Jerusalem, and Haifa, in universities across Israel, as well as in Palestinian cities and villages. The day’s events culminated in a mass rally in Tel Aviv’s Rabin Square.

The day’s actions were organized by the Red Flag Coalition, made up of 50 feminist organizations. The strike garnered the support of hundreds of organizations and institutions, including municipalities, unions, and corporations. 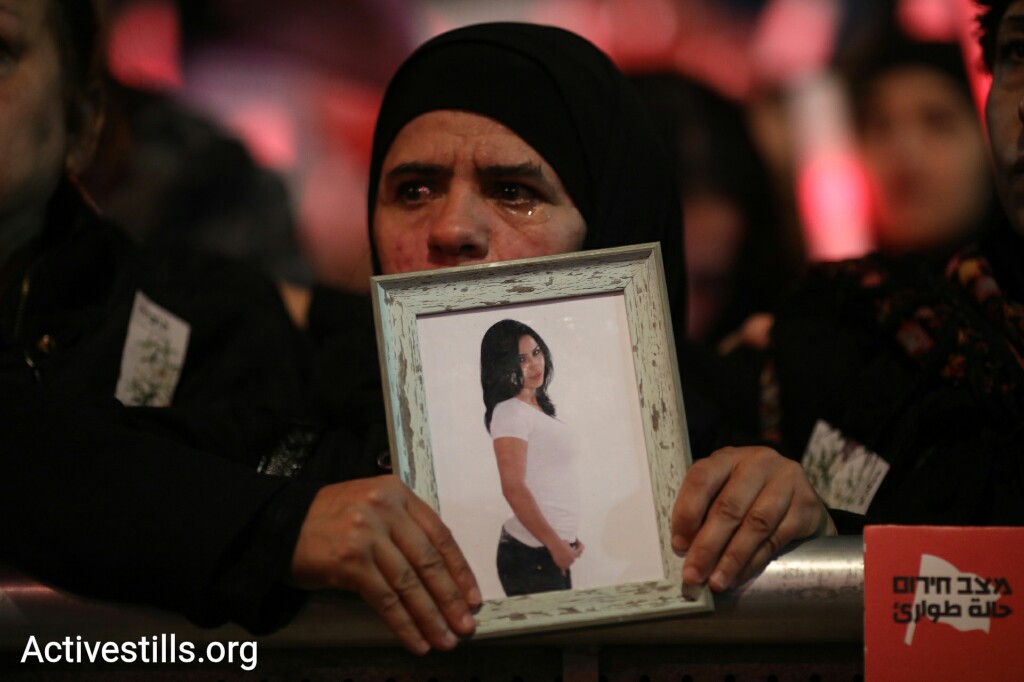 The strikers are demanding the transfer of the NIS 250 million budget promised a year and a half ago for an emergency plan to prevent violence against women; a public rehabilitation program for victims of domestic violence and men in the cycle of abuse; educational programs that begin in preschool; and a comprehensive shift in the police’s policy regarding the Israel Police’s mode of addressing domestic violence.

The strike comes a week after the murders of 16-year-old Yara Ayoub from the village of Jish, and 13-year-old Silvana Tsegai from south Tel Aviv. Since the beginning of 2018, a total of 24 women and girls have been murdered. Many had informed the police prior to their deaths that they were concerned for their safety. An average of 20 women are killed in Israel every year due to domestic abuse. The victims are primarily women and girls from marginalized communities in Israel. 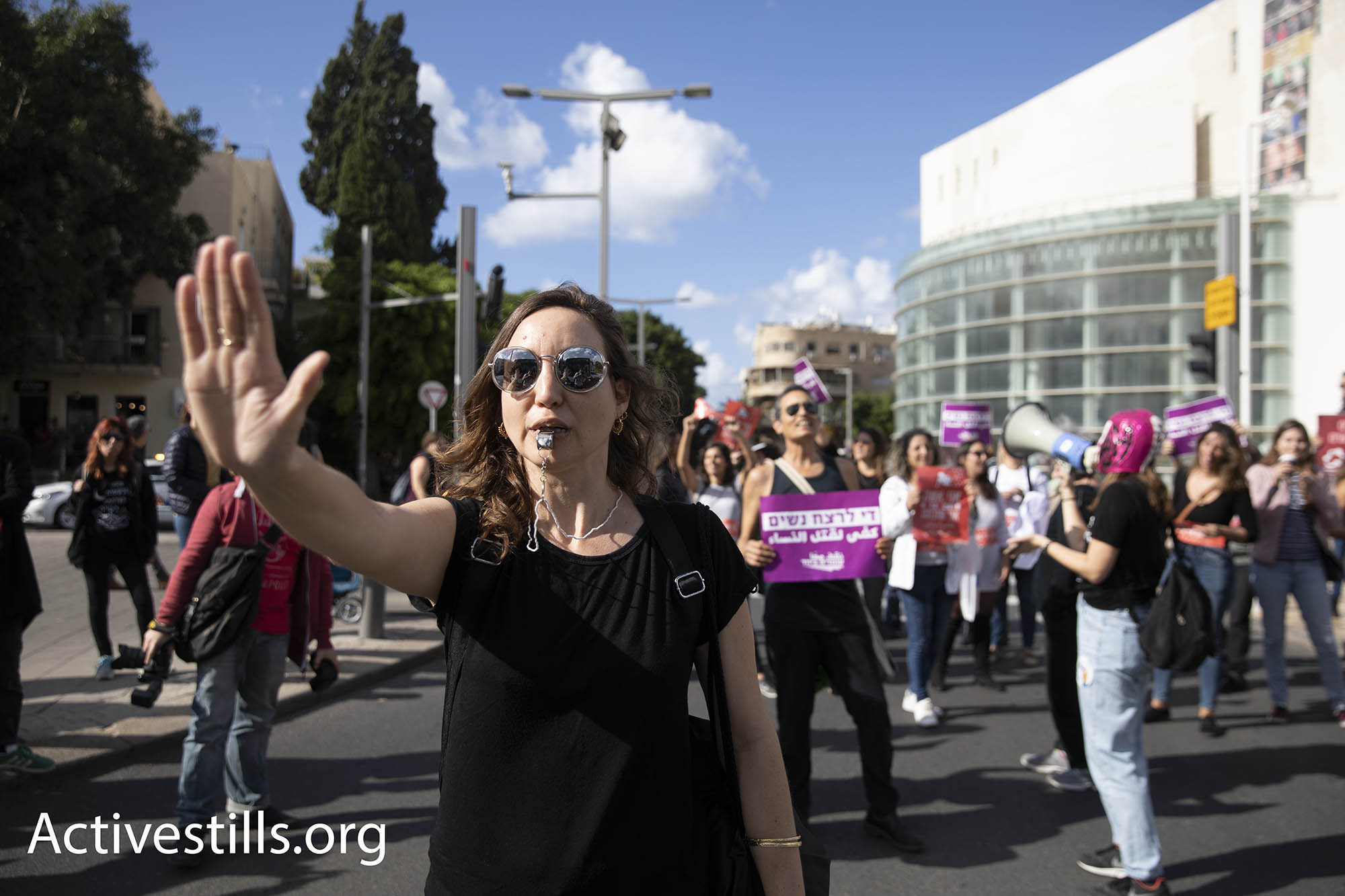 Demonstrators protesting violence against women in the streets of Tel Aviv on Dec. 4, 2018. (Oren Ziv/Activestills.org)

“We are striking because decision-makers must realize that actions are required, not empty words,” the leaders of the campaign wrote in a statement leading up to Tuesday’s strike.

Based on a 2017 Knesset study relying on data from the past decade, 35 percent of victims had filed a complaint with the police prior to their murder, and in a third of the cases, the perpetrator is a relative of the victim. 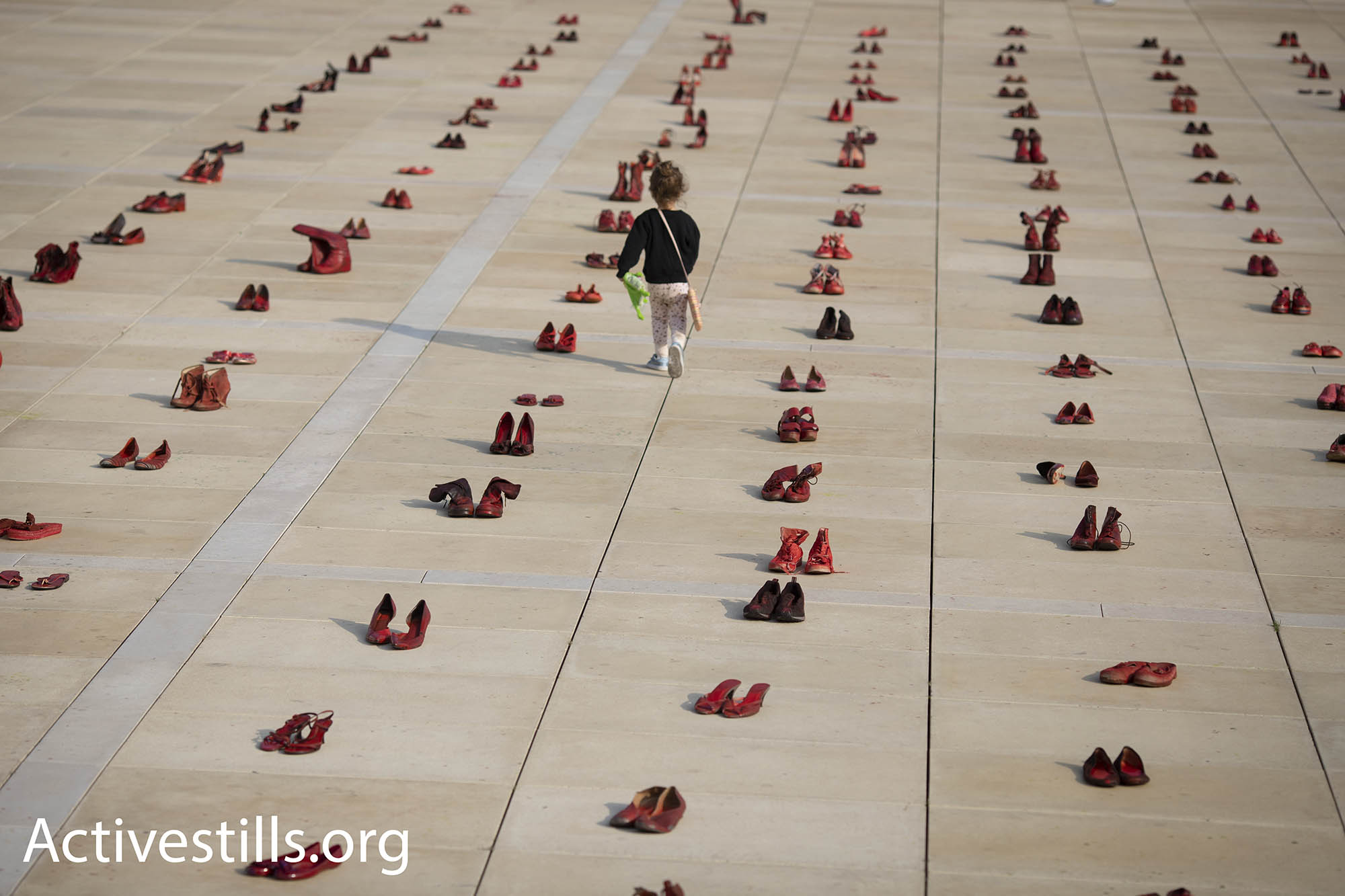 Joint List MK Aida Touma-Sleiman, who heads the Knesset Committee on the Status of Women and Gender Equality, called Tuesday a “historic day” in which women “go out to the streets to demand the obvious — the elementary right to life and security. We will not let this government continue abandoning us.”

“We are dealing with a government that has a gender violence problem. Not only does it oppress 5 million Palestinians in the occupied territories, it violently and systematically oppresses Jewish and Arab women [on both sides of the Green Line],” said +972 writer Samah Salaime, who has been mobilizing against gender violence in Palestinian society in Israel for years.

While much of Tuesday’s protest focused on violence against women inside Israel, Palestinian activists and leaders also emphasized the role of Israeli military rule in the occupied territories as major source of violence facing Palestinian women.

Khalida Jarrar, a Palestinian parliament member currently being held in administrative detention, published a statement of support from behind bars: “We, Palestinian women in the occupation’s prisons, who see ourselves as an inseparable part of the national and global feminist movement, send our support for protesting women wherever they are. We hope the struggle for the end of all forms of discrimination, violence, and exploitation continues. We believe that it is impossible to separate a national struggle against occupation from our social struggle.”