The revolutions that toppled Tunisia’s Ben Ali and Egypt’s Mubarak were not planned on Facebook, and they did not gather momentum on Twitter. Social media is a useful tool for many things, but critical mass can only be achieved through old-fashioned, face-to-face people power 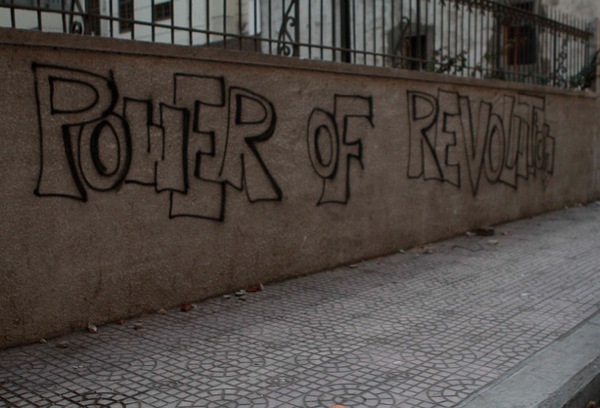 The Arab revolutions were different. They were not triggered by the social media. The Tunisian revolution  was triggered by Mohamed Bouazizi, the semi-employed fruit vendor who immolated himself in desperation after his fruit cart was confiscated by a police officer. I doubt he even had an internet connection at home. Later, the demonstrations against corruption and poverty turned into a massive revolution in response to the excessive force used by the police.

The Libyan revolution began on February 16, with a demonstration in protest of the arrest of a lawyer named Fat’hi Terbel. Mr. Terbel brought a lawsuit to the Libyan courts on behalf of the families of about 1,200 Libyan prisoners that were killed in 1996 and buried in an unknown location. The families petitioned the court to release the location of the dead prisoners’ burial place.  Via social media, Libyan youth announced that February 17 would mark the beginning of their revolution. On that same day in 2006, more than 10 Libyans were killed by police bullets when they demonstrated in front of the Italian consulate in Benghazi. The revolution started earlier and for a different reason. Again, excessive force used by the Libyan police  turned the 2011 demonstrations into a massive revolution.

The Egyptian revolution teaches us that social media is not the trigger;  in fact, the very absence of social media is what ultimately led to the overthrow of Mubarak. The demonstrations of January 25 were relatively small, similar to many Egyptian demonstrations over the past few years. Three days later, those relatively modest demonstrations gained a critical mass and turned into a revolution. Why? Social media was certainly not the factor here. The three main factors were: overcoming the psychological barrier caused by fear; the shock of seeing people lose their lives on January 25; and the government’s decision to block internet access on January 27.

The absence of the internet provided enormous momentum for the revolution. If access to Facebook had not been blocked, the critical mass of Egyptian youth would have stayed at home, passively supporting the demonstrations online, even as they continued to chat and play Farmville. True, some were able to access Facebook through proxies. But the majority were cut off, and this acted as a call to go to the streets.

The demonstrations that began with small groups of friends of the young leaders turned into a revolution. These young leaders did not plan it on Facebook. They met face-to-face long before January 25. So social media neither triggered the revolutions nor provided momentum. It did provide the world with insight into what was happening on the ground during the revolution, but we received the same information from Aljazeera. Social media is not a good source for facts on the ground anymore. The flood of contradicting information is confusing, and it takes several days to verify the credibility of information posted online. Given the rapid pace of these revolutions, that is far too long. Even a few hours is too long.

It is time for social media to be used for business purposes in the Arab world. It is certainly not an effective tool for political activism. If it had a part to play in politics, its role would not be to organize local demonstrations. It could be used to make people abroad aware of what’s happening in their societies. But who did not know that Mubarak ruled Egypt for 30 years? Who did not know that most Egyptians lived in extreme poverty? Who did not know about the corruption in Egypt, Tunisia, Libya and the rest of the Arab world? Who did not know that Palestinians live under occupation? This is not a Facebook revolution, it’s a youth revolution. It was not planned on Facebook, it was planned in the field, face-to-face. And now the wall of fear has collapsed. Those who spend their time in the imaginary world of social media will achieve  imaginary freedom. Those who work on the ground will achieve groundbreaking freedom.