Palestinian activists protest Israeli attempts to ‘legalize’ settlement outposts by erecting one of their own. Unlike two nearby Jewish outposts, however, the Israeli army demolishes the Palestinian camp within hours. 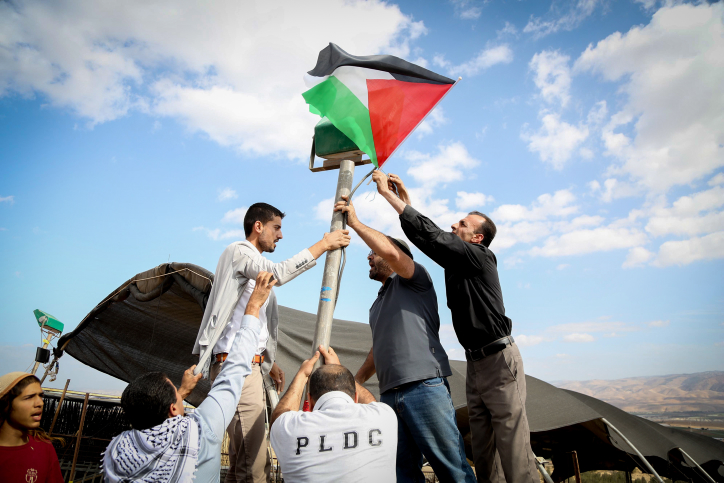 Dozens of Palestinian activists erected an “outpost” in the Jordan Valley Thursday, in protest of recent Israeli army demolitions of Palestinian homes in the area, a marked contrast to a de facto military decision to allow the establishment of two new Jewish settlement outposts nearby. The Israeli army has not demolished either of the two Jewish outposts despite the fact that itself says they were illegally built.

It only took a few hours before significant numbers of Israeli troops arrived at the new Palestinian outpost on Thursday, forcefully removing the protesters.

Six Palestinian activists were wounded and required medical treatment at a hospital. The security forces also arrested two Israeli activists and were filmed striking press cameramen. The two Israelis were released within 24 hours.

The outpost, named after Yasser Arafat in order to mark Palestinian independence day, was demolished by the army. The two nearby Jewish outposts are still standing.

“The army has demolished homes in Khirbet al-Hama many times over the past few months, and at the same time settlers erected new outposts in the area,” said Abdullah Abu Rahme, an activist with the Popular Struggle Coordination Committee, which organized the nonviolent action.

“We tried getting the courts to remove the settlers but it didn’t work,” Abu Rahme continued, adding that the protest action was a response to the the Israeli Knesset’s advancement of a law that, if passed, would legalize settlement outposts earlier this week.

“When the soldiers arrived [at the protest ‘outpost’] we told them that if they remove us they must first remove the settlers,” Abu Rahme, an organizer from the West Bank village of Bil’in, added. “We will continue, through nonviolent means, to get across our message opposing these outposts.”

Haaretz’s Amira Hass has reported in recent weeks on the existence of the two new Jewish settlement outposts, and how despite knowing of their existence, the Israeli army has done nothing to remove them. The Israeli army has not, however, stopped demolishing West Bank structures it considers illegal. Over this past year, 2016, Israeli authorities have demolished more Palestinian homes and structures than any other year in the past decade. 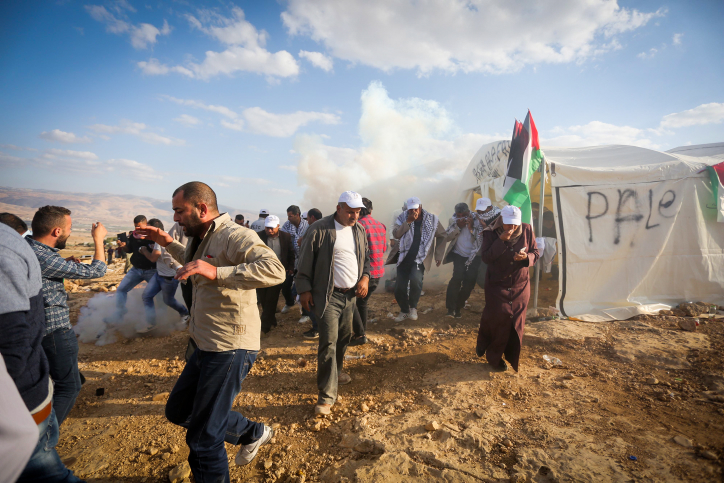 In other words, while various uniformed branches of the Israeli defense establishment toss responsibility on each other like a game of hot potato, Jewish settlement outposts are erected without interference in violation of Israeli military law across the West Bank. The Israeli government, meanwhile, appears eager trounce international law and the recommendations of its own attorney general to advance a law whose only purpose is to literally rob Palestinians of their land. But when Palestinians establish an outpost in protest of that behavior, troops are dispatched to destroy it within hours. 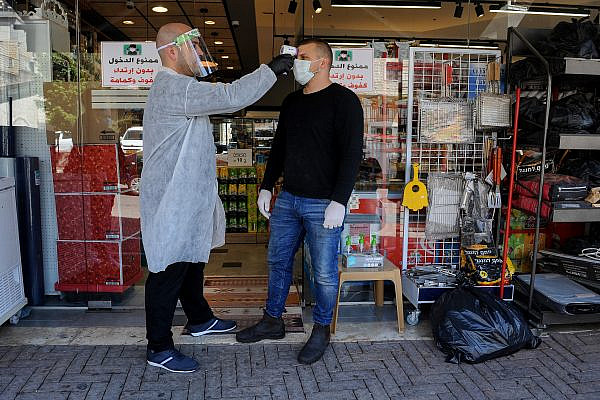