In the United Kingdom, the ‘Anne Frank’ principle makes way for even more creative methods to reject homosexual asylum seekers.

Let’s take a few of steps back. The UK asylum system is considered quite strict, relatively to many others in the “West.” (It goes without saying, of course, that compared with the State of Israel’s asylum system, it is an asylum seeker’s dream – last year, the refugee recognition rate in the UK was 25.1 percent, or 5,461 in absolute numbers, as opposed to less than 0.1 percent in Israel.) In contrast with Israel, where not one person, to date, as been recognized as a refugee on the grounds of his or her sexual orientation or gender identity, quite a few asylum seekers were recognized on those grounds in the UK. However, until 2010, asylum seekers who claimed persecution on sexual orientation or gender identity grounds were forced to pass tests with utterly arbitrary results. Asylum seekers who claimed persecution on the grounds of their sexual orientation had to prove that concealing their orientation in their country of origin, if it meant evading persecution, was “unreasonable” in their case. Only in cases where this concealment was unreasonable would the state authorities grant asylum. The test was dubbed by many the “Anne Frank principle” – i.e. in which circumstances would it have been reasonable or unreasonable to require that Anne Frank hide in an attic to avoid persecution?

All that changed in 2010, when the UK’s supreme court struck down that test. In a ruling in the case of an Iranian and a Cameroonian asylum seeker, it was determined that asylum seekers should not be obligated to hide their sexual orientation in order to evade persecution. The court also ruled that an asylum application should not be rejected even if the applicant, upon being deported, could be expected to avoid persecution through living “discretely.”

The new standard established by the supreme court for determining asylum requests on sexual orientation grounds has its own problems, but we can’t go into that here and will have to deal with it in a separate post. Let’s just say that even the new standard swings between the dichotomy of “closet” and “out,” and between “discretion” rooted in persecution and “discretion” rooted in “other social or family grounds.” It makes additional distinctions that probably don’t represent the experiences of persecuted sexual minorities or those doing the persecuting. But we’ll deal with all that another time (maybe).

Despite the difficulties that the new standard presents, the ruling significantly improved the lots of those seeking asylum on sexual orientation or gender identity grounds, and neutralized the idea that a person who can avoid persecution through concealment should do so, and isn’t eligible for asylum. One of the amusing parts of Lord Hope’s ruling was the paragraph where he wrote:

Other more humorless writers criticized the “Kylie Minogue principle” as stereotypical and irreconcilable with rational refugee law (for example, the unbearably serious article by James Hathaway, “Queer Cases Make Bad Law”). But it’s clear that this is about the illustration of the right the ruling addresses – the right to live openly and freely and to act in a way that may not correspond with what is considered heteronormative behavior. Beyond that, it’s clear that at least some of the cases of persecution are not a result of a person’s sexual acts, but rather social behavior that does not fit in with the gender role assigned to him or her.

Speaking of creative ways to test sexual orientation, until recently, the Czech Republic tended to assess the credibility of asylum seekers who claimed they were homosexual through phallometric testing – by attaching their sex organs to instruments that measure changes in blood flow in reaction to pornographic pictures of men and women. 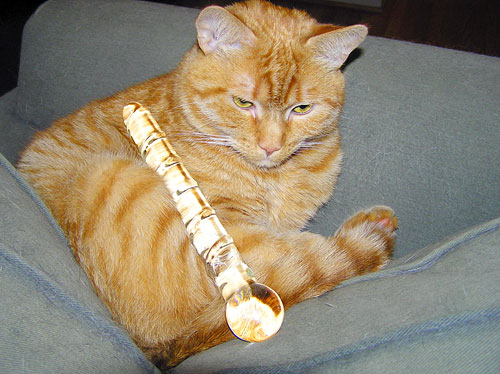 Before you go…
A lot of work goes into creating articles like the one you just read. +972 Magazine is nonprofit journalism, owned by many of our writers, editors, and journalists. In order to safeguard that independent voice, we are proud to count you, our readers, as our most important supporters. With your support, we can keep +972 Magazine a strong, independent, and sustainable force helping push the global discourse on Israel/Palestine.
DONATE
More About refugees