Despite its leaders’ efforts to broker an agreement, Turkey seems to be accepting the possibility of an attack on Iran as a last resort. Now its priority is to prepare for that eventuality, so that a military conflict does not take it by surprise.

FAMAGUSTA – Turkey has tried to broker negotiations between Iran and the West over Iran’s nuclear program. But, with talks repeatedly failing to generate any substantive progress, Turkey’s leaders are beginning to consider how a strike against Iran’s nuclear facilities would affect their country’s interests.

When Turkey’s Justice and Development Party (AKP) came to power in 2002, it sought to improve relations with Iran. To some degree, the two countries began with a blank slate, given that they had largely kept their distance from each other for several centuries. But Turkey’s mediating role in nuclear negotiations fueled suspicion in Iran, complicating Turkey’s efforts to establish a strong bilateral relationship.

But Turkey persisted. After all, it had staked its foreign policy on building relationships with its neighbors, and its leaders believed that their country’s NATO membership and geographical position would help it to assume an influential role in the region.

In order to capitalize on Turkey’s strengths, its government insisted on participating in the nuclear talks – even hosting a session in Istanbul this year. According to Foreign Minister Ahmet Davutoğlu, Turkey’s priority was “a stable and secure region within the framework of a new global order.”

But the continued impasse over Iran’s nuclear program has led Turkey to reassess its options. Turkey, which is covered by NATO’s nuclear umbrella, views international efforts to promote nuclear non-proliferation as woefully inadequate. As a result, a debate has been underway in Turkey over whether to pursue the development and acquisition of nuclear weapons. If negotiations remain deadlocked, and proliferation increases in the region, the country might well pursue this course.

Supporters believe that an Iranian nuclear breakout would justify such a move from Turkey. Conservative AKP deputy Ihsan Aslan, for example, has asserted that, given Israel’s nuclear arsenal, Muslim countries should also possess nuclear weapons. A nuclear-weapons program, he has argued, would bolster Turkey’s leadership position in the region.

Despite the high stakes, hopes for an agreement are low, especially given Iran’s increasing estrangement from Turkey. Since the establishment of a NATO missile-tracking radar in Turkey’s Malatya province, Iran has been hurling threats at its neighbor.

Moreover, the two countries are at odds over the crisis in Syria. Iran has provided substantial support to Syrian President Bashar al-Assad’s regime, while Turkey has advocated military intervention on behalf of opposition forces. And, despite Iranian officials’ claims that they have nothing to do with increased terrorist activities in Turkey by the Kurdistan Workers’ Party, Turkey’s leaders remain unconvinced.

Further destabilizing the region are enduring tensions between Turkey and Israel. The dispute over the Mavi Marmara – the Turkish ship that was bringing supplies to Gaza in 2010 when Israeli commandos boarded and seized it, killing nine Turks – remains a source of contention. While trade continues, the two countries’ military relations were halted abruptly.

An attack on Iran’s facilities would likely bring the two countries onto the same side. But unresolved hostilities with Israel could affect Turkey’s choices.

Turkey’s military is already planning to defend the country against an Iranian attack – a move that may lead Turkey to take a more aggressive stance on Syria. And the Turkish government is preparing for a halt in Iranian oil exports by diversifying its suppliers.

In short, despite Turkish leaders’ efforts to broker an agreement, they seem to be accepting the possibility of an attack on Iran as a last resort. Now their priority is to prepare for that eventuality, so that military conflict will not take Turkey by surprise.

Aylin Gurzel is an assistant professor of international relations at Eastern Mediterranean University. This article first appeared on Project Syndicate.

Get Our Weekly Newsletter
Before you go…
A lot of work goes into creating articles like the one you just read. +972 Magazine is nonprofit journalism, owned by many of our writers, editors, and journalists. In order to safeguard that independent voice, we are proud to count you, our readers, as our most important supporters. With your support, we can keep +972 Magazine a strong, independent, and sustainable force helping push the global discourse on Israel/Palestine.
DONATE
More About Kurdistan 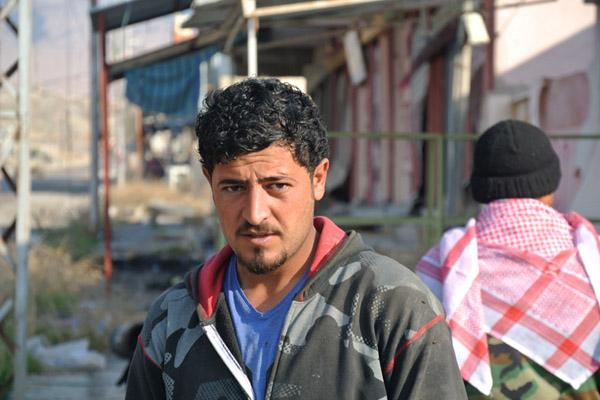 PHOTOS: A modern genocide — Yazidi survivors in Shingal
Text and photos by Seth J. Frantzman In August 2014 the extremist group calling itself Islamic State (ISIS) swept through a part of northern Iraq inhabited by the Yazidi religious minority. ISIS had already broadcast to the world their intention to exterminate “un-believers” and those they opposed. They had massacred 1,600 Shia army cadets at Camp Speicher…
By +972 Magazine January 1, 2016 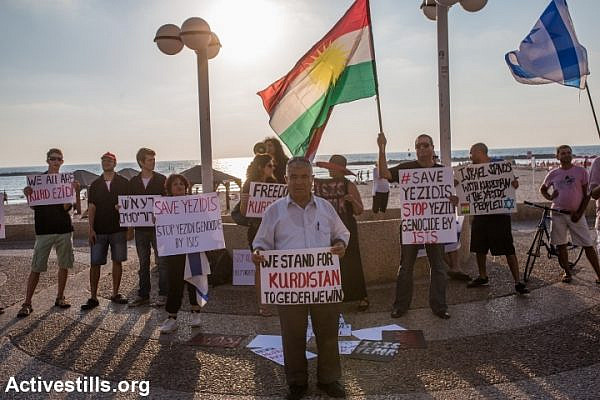 The Kurds must not be abandoned again, this time to ISIS
If there are any people on earth who deserve the world’s protection from slaughter, it is the Kurds. Despite the stereotype of Mizrahi Jews in Israel resenting Arabs because of the way they were treated in the old country, there are plenty of Mizrahim who have good memories of their relations with their former Muslim…
By Larry Derfner October 9, 2014 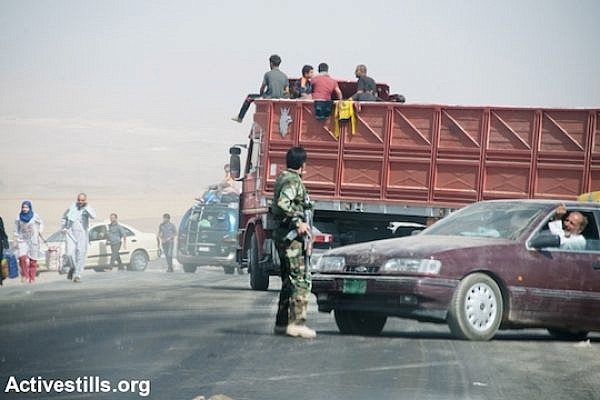 Why Israel must help the Kurds in Iraq
The Yezidis are presented in mainstream accounts as mere props in a play entitled, ‘Militant Islam and its horrors in the Middle East.’ But the story of the Kurdish people is much more than just a scene — or cannon fodder — in an IS exhibition of horror. A Kurdish Jew in Israel calls on…
By Haokets September 1, 2014