Freshly back from his journey down the beaten path, Yuval Ben-Ami is setting out on another adventure, a musical one, a political one — forging a binational tribute to the Kiwi queen bee. 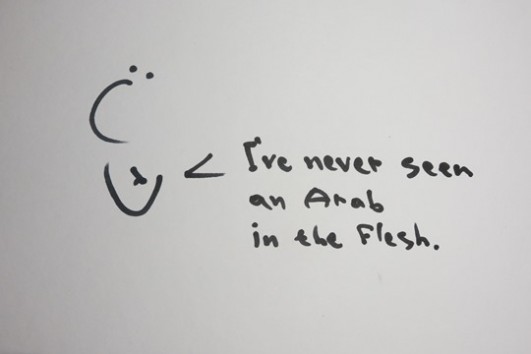 There’s a nice restaurant in Tel Aviv where my girlfriend Ruthie and I have lunch almost every Friday. It is named “Nehama,” or rather, it is named nothing. No sign graces its door, nor does it even have a door, only an opening. The entire place is a modest kitchen that greets the Yemenite quarter by way of a missing “fourth wall.” Nehama, a middle aged Yemenite-Israeli is the proprietor and sole cook. She makes the world’s finest lentil soup.

There’s a nice guy in Tel Aviv. His name is Yaron Fishman and he plays a good banjo-ukulele. Yaron leads a decisively Tel Avivian sort of double life: working in the high tech industry during the day, then heading “Havurat Atomic” (“The Nuclear bunch”) an indie-folk outfit, and cutting tracks in his Ramat Gan flat at night. He and I recently started toying with my own songs and needed to decide where to take them. What better place to do that than Nehama’s on a Friday?

It was a typically warm November day in 2014. Yaron, too, arrived with a Ruthie: his ex-girlfriend and current best chum. Unbeknownst to us as we sat down on Nehama’s plastic chairs, we were headed for an adventure. We were about to break ethnic, linguistic and national bounds through music, or at least give it an honest shot.

This tale of attempted integration begins with a very homogeneous crowd, in the heart of Tel Aviv’s all-Israeli bubble. Both guys and both Ruthies at the table were Ashkenazi Sabras: Israel-born but of European roots. The food, of course, wasn’t. Nehama served us delicious fried “malawach” bread and long baked “jakhnoon” dough, spicy “skhoog” paste and “hilbe” – a strange gooey spice that notably, though not disagreeably, effects one’s body odor. Nechama’s joint is the haunt of Jewish Tel Avivians of many origins. from Iraqi-Israelis to Ethiopians, but the four of us were all of the same gene pool, the same upbringing, and while feasting we spoke about the music we all liked: Western music.

“Do you know what pigweed is?” Yaron asked.

None of us did.

“I have this idea,” He explained. “I’m thinking of putting out an EP each year, with Hebrew covers of songs by one artist I like. Right now I’m working on Mark Knopfler, and he has this song called “Old pigweed.” It’s about a man who’s about to eat this great soup, but then he realizes there’s old pigweed in it, which is, like, some sort of unsexy herb. I’m just wondering how I should translate ‘pigweed’.”

He smiled and hummed:

I didn’t know what pigweed was. I did know Yaron was reading my mind. He simply went ahead and made the exact suggestion I was planning to make over lunch, though with a slight variation. I took a swig of “black beer,” Israel’s peculiar but delightful malt pop. Alcohol free though it is, black beer gives guts, and I needed guts, because the subject of my fan tribute is not quite as established as Mark Knofler. “I’ve been thinking of doing the same,” I said, “But with Lorde.”

Lorde, for the two or three people worldwide who haven’t heard of her, rears from Auckland, New Zealand. Her real life name is Ella Yelich-O’Connor, and her sober electro-pop hit, “Royals” landed her two Grammys and a Brit in 2013. It won her ironic fame and fortune, ironic: because the song is an ode to accepting one’s social status and rejecting the dream life of pop stars as fantasy. 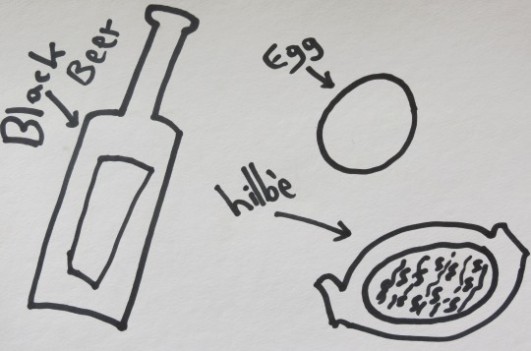 I discovered Lorde’s album, “Pure Heroine,” about a year ago thanks to a younger friend, and became addicted. This was strange. I haven’t descended into authentic fandom since obsessing over the Beatles in sixth grade. Ever since then, I have been a music snob listening to Schubert, to Ornette Coleman, to Leadbelly, to old stuff, in short.

Suddendly, at 38, an album cut by a 16 year old was spinning me right round. The discovery surprised me, and I felt that my surprise could amuse the world, so I shared it. I “went with it,” so to speak, translating four of Lorde’s songs and uploading them to YouTube, coloring my online personality with Lordeisms. Over my birthday, Ruthie and I were in Europe and she stunned me with tickets to a Paris festival headlined by Lorde. We hitchhiked down there from the Netherlands and got good lifts. When music draws you, you fly.

All this was pleasently goofy, I suppose, but now I was hoping to put real time and effort into a whim, not to mention money, and involve other people in it. I outlined my vision before the Ruthies and Yaron: We will make an actual little album with a cover, with great arrangements and cool mixes. Silently, I thought: Isn’t this going a bit overboard?

Yaron didn’t seem to worry. “Let’s do it,” he said, and raised a forkful of jakhnoon in cheer.

Not far away from Nehama and its relaxed afternoons, this country is the very opposite of simple, and what isn’t visible from around a happy table becomes amply apparent once one goes online. Thanks to my array of Facebook friends, many of whom are activists, I am exposed to plenty of content relating to racism in this land, including propaganda spread by extreme right-wing organization “Lehava” (“flame”).

Lehava incites Israelis against Palestinians, portraying the latter as sexual predators who prey on defenseless Jewish women. Their hate speech reflects that which was used to defame my ancestors in Europe of the 1930s, which means that it offends me personally. I cannot stand silent when something this disgusting is going on.

A few days after our lunch I was reading a report about Lehava’s latest actions, then calmed myself by putting together a fifth Lorde translation. This one is less literal than the previous ones. It referenced Lehava’s propaganda directly.

The song is Lorde’s third single: “Team,” which is naturally anthem-like. Relying on Lorde’s original imagery, I turned it into an anthem of sorts for those who fight Lehava and their likes. “We are imprisoned, already in the crib,” read the lyrics when translated back into English, “In barricaded yards they hold us segregated. We’ll build a palace on the ruins of their lies, and know: we are friends.”

“I’m kind of over being told that my neighbor is the devil. So there.”

I sang this to the camera and uploaded to Youtube and then fell into sadness.

Are we really friends? Are we on each other’s team? Could we be? One thing cannot be denied: We really are held segregated. I grew up in a settlement in East Jerusalem, surrounded by Palestinians, yet hadn’t spoken to one until I left home to travel Europe in my twenties. Times have changed. Today I work with Palestinians, guiding dual narrative tours of the Holy Land. I have become a huge believer in the idea that sharing this land in equality is the only key to giving it a future. Everything I do today is bi-national. Everything – except the Lorde EP. Here I was, putting together something special with another member of my tribe, my very specific tribe

This was going to be a local tribute, and in my book, the word local has changed meaning over the past few years. Nothing can be local unless it is inclusive. This called for some thinking. I put on “Pure Heroine” and did just that.