It’s been over a year since the last Kaufman Critique was published.  It’s not that I haven’t been to restaurants lately, more of a time issue.

And certainly, writing about McDonald’s isn’t the best comeback post, but hey – maybe it’ll get me back into the food-groove.

Anyway, it’s Pesach. The holiday I hate the most. Because of that whole bread thing. Pointless.

McDonald’s, though, doesn’t agree. And McDonald’s would know. They know a thing or two about… money. So, what do they do during Pesach, when it comes to buns? Well, as you may or may not know – McDonald’s is divided into Kosher and non-Kosher brancיes in Israel. But most of them offer Kosher buns. In fact, they limit the menu to meals with kosher buns. So, you can’t get a Big Mac, for example. You can only get a Royal (Quarter pounder in the States).

But — you can get it with cheese.

So you can keep Kosher, but not really Kosher.

I always find this little ritual that McDonald’s does every year to be very telling of Israeli society. And corporate capitalism, too.

Nonetheless, critique-wise this bun is actually pretty good for a Kosher for Pesach bun. One usually expects something chewy that doesn’t digest well, but here, the McDonald’s scientists have done it again. Light, fluffy – and none of that Pesach smell and aftertaste of the usual dodgy buns. Bravo and Chag Sameach! 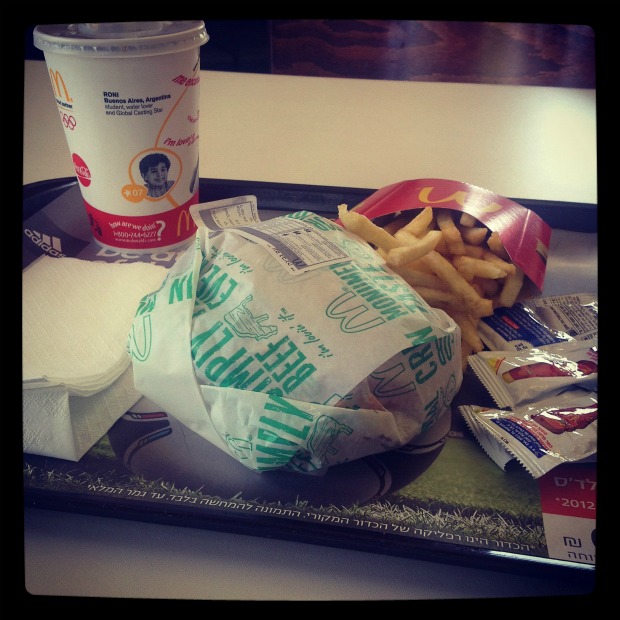 The Royal (called the Deluxe during Pesach) (photo: Ami Kaufman) 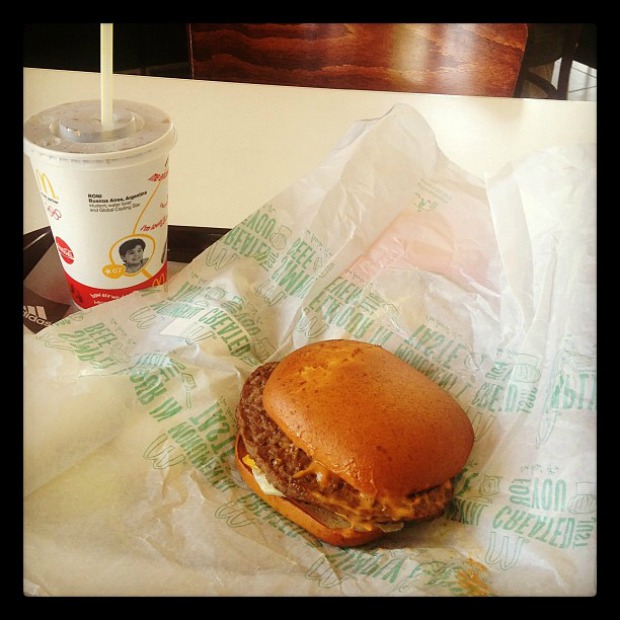 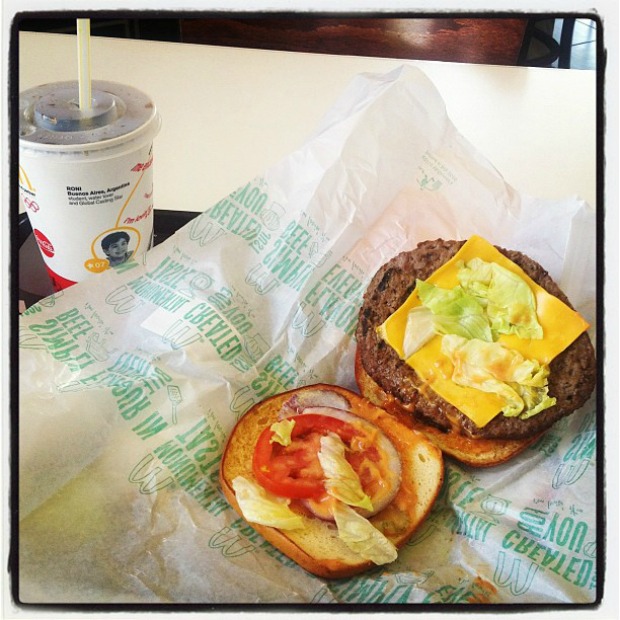 Kosher Deluxe - with cheese (that yellow plastic square on the right) (photo: Ami Kaufman)
Get Our Weekly Newsletter