Trump’s recognition of Jerusalem as Israel’s capital echoes Lord Balfour’s denial of Palestinian rights a century ago. Today, however, Palestinians are more empowered to challenge it. 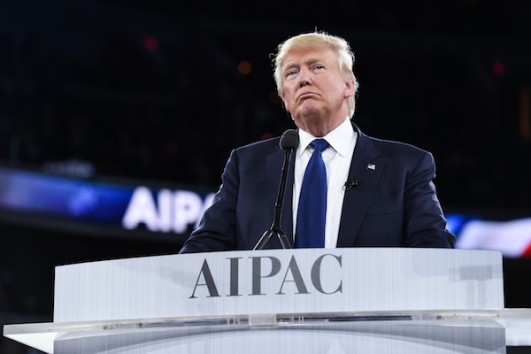 During a debate in the British Cabinet regarding its policy toward Palestine in 1919, Foreign Secretary Arthur Balfour informed Lord George Curzon, another senior statesman, that the government was not interested in “consulting the wishes of the present [Arab] inhabitants of the country” to help formulate its decisions. The great powers were “committed to Zionism,” he said, and Zionism was “of far profounder import than the desires and prejudices of the 700,000 Arabs who now inhabit that ancient land.”

Balfour’s sentiments echoed throughout President Donald Trump’s speech on Wednesday when he recognized Jerusalem as the capital of Israel and announced the relocation of the U.S. embassy from Tel Aviv. Trump made no mention of the Palestinians’ history and belonging to the city, or the fact that over a third of its residents identify as Palestinian. He said that he would only support a two-state solution — and presumably, a Palestinian capital in East Jerusalem — if it was “agreed to by both sides.” The U.S. decision, he insisted, “is nothing more or less than a recognition of reality.”

The irony of Trump’s timing is not lost on Palestinians: last month marked the centenary of Lord Balfour’s infamous letter to Lord Walter Rothschild, a prominent Zionist activist, which promised British support for the creation of a Jewish homeland in Palestine.

Like Trump’s announcement, the Balfour Declaration was the outcome of several aligning interests and efforts, including the Zionist movement’s intensive lobbying, state officials’ evangelical Christian beliefs, and the imperial power’s strategic goals for the region. It not only prioritized Zionist claims over Arab rights, but elevated the Zionist movement from a nascent organization into a major political force.

In contrast, Britain actively interfered in Palestinian Arab affairs and repressed local resistance to its rule. Divisions and misjudgments within the Palestinian leadership mired its ability to mobilize effectively against the colonization of their lands. Arab rulers paid lip service to the Palestinian cause but abandoned and betrayed it for their own political ambitions. Remarkably, these realities remain as true of 2017 as they were of 1917. 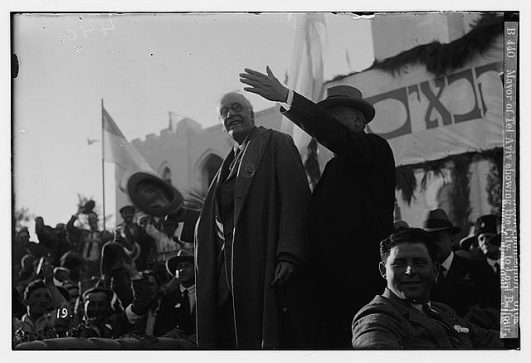 The Mayor of Tel Aviv showing the city to Lord Arthur Balfour, April 1925. Photo from Library of Congress.

It is too soon to tell whether Trump’s proclamation will have a similarly profound mark on the conflict; but in many ways, his speech has already inflicted significant damage. Like Balfour before him, Trump has energized Israel’s ethno-nationalist movement and dismissed the Palestinians’ indigenous right to their homeland.

By breaking with the international consensus, Trump has made the occupation of East Jerusalem an acceptable political norm; other allies like the Czech Republic, which declared West Jerusalem as Israel’s capital soon after Trump’s speech, may now be emboldened to follow suit. Moreover, by rewarding its colonial policies with a major symbolic victory, the U.S. has incentivized the Israeli government to complete its annexation of other parts of the occupied West Bank without fear of American backlash.

But in spite of these worsening realities, Palestinians are more empowered to overcome them today than their ancestors a century ago. The U.S. has further proven the façade of the peace process and of its ability to be an honest broker. Members of the UN Security Council roundly condemned Trump’s decision, and European states are being pressured to respond with firmer policy actions.

Grassroots movements around the world are rallying public support for the Palestinians, including through BDS and with the support of Jewish allies. Palestinians are making their voices heard in political forums, in the media, and on the streets, with many hoping to emulate last summer’s campaign of civil disobedience in defense of Al-Aqsa.

Thus despite his powerful legacy, the Palestinians that Lord Balfour so wilfully ignored have not been erased. Writing to Prime Minister David Lloyd George in 1919, Balfour admitted that “The weak point of our position is of course that in the case of Palestine we deliberately and rightly decline to accept the principle of self-determination.” A hundred years later, the demand for that right has only grown stronger.