While Netanyahu distracts the Left with attacks on the media, his right-wing coalition partners are taking far more dangerous steps. 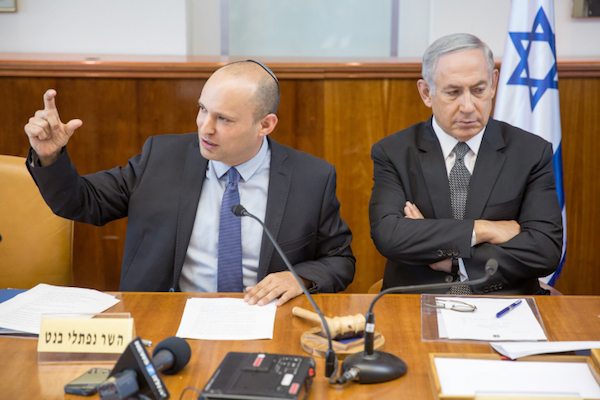 Like many on the Israeli left, my Facebook feed last week was swarming with images of veteran journalist Ilana Dayan trouncing Prime Minister Netanyahu. Friends from all over country felt certain that Netanyahu’s long, violent, personal, and erratic public rebuke of Dayan would be his undoing, that the prime minister had finally gone too far in his war on the media. Soon, journalists joined the choir berating Netanyahu for labelling Dayan a left-wing saboteur and propagandist.

While Netanyahu’s war on the media is distressing, it is but a trifle compared to the activities of his coalition partners in the Jewish Home party, for it is they who are transforming Israel on his behalf.

Under the leadership of Justice Minister Ayelet Shaked, the Jewish Home party is promoting a conservative legislative agenda that undermines many of the founding principles of Israel. Such was the case with a law limiting freedom of speech by making the promotion of boycotts against Israel cause for civil action. While left-wing ideologists have been silenced, right-wing ideologists are allowed to continue railing against traitors in their midst.

Another new law mandates that left-wing and human rights NGOs that receive the majority of their donations from abroad portray themselves as foreign agents. Political opinion was thus turned into a scarlet letter. Now Shaked wants to alter the selection process of Supreme Court justices, in an attempt to make them subservient to political masters.

This legislative agenda is more than just another attack on left-wing journalists, or any journalists for that matter. It is an attempt to systematically erode the democratic foundations of Israel and its democratic institutions.

A similar revolution has been undertaken by Education Minister Naftali Bennett. Schools are among the most important institutions in any society. It is in the classroom that historical narratives are created, where world views are nurtured and where values and morals are passed from one generation to another. Since taking office, Bennett has systematically labored to remake Israeli schools in his party’s image.

This has included the re-drafting of civic schoolbooks so as to define Israel as Jewish first and democratic second; the banning of books that dare depict love between Jewish women and Palestinian men; and the re-writing of the narrative surrounding Prime Minister Rabin’s death. Our children are now left to decide for themselves whether Rabin’s assassination was an attempt to stop the peace process with Palestine.

In order to understand the ideological roots behind Bennett and Shaked’s actions one need only look to fellow Jewish Home member of Knesset, Bezalel Smotrich. He is one of the few members of the Right who dare speak that which is on his party’s mind — bigotry, racism and violent silencing of all dissenting voices. Smotrich has called for segregating maternity wards between new Jewish and Palestinian mothers, has suggested that Palestinian Israelis are degenerates that take up places in our universities, and has often tried to silence Palestinian members of Knesset in parliamentary committee meetings.

Some argue that Smotrich is a bad apple, the most zealot of all the zealots. He is not. He is the deputy speaker of the Knesset, and while Shaked spreads the Jewish Home’s ideology in the judicial branch, and Bennett in the schools, Smotrich spreads it in the legislature. His methods include brute force, slander, and verbal abuse.

What we are witnessing is a silent coup d’état, one that threatens the democratic nature of Israel. The values of freedom of thought and expression, alongside the norm of equality under the law, are all in peril. And what is Netanyahu’s role in this coup? To fix his opponents’ gaze on the so called “war on the media” while the coup runs its course. That was the rationale behind the long rebuke of Ilana Dayan. That is the motivation behind the assault on journalists and media outlets.

It’s the oldest trick in the book, and some of us are still falling for it.

Ilan Manor is a PhD student at the University of Oxford.

Get Our Weekly Newsletter
Before you go…
A lot of work goes into creating articles like the one you just read. +972 Magazine is nonprofit journalism, owned by many of our writers, editors, and journalists. In order to safeguard that independent voice, we are proud to count you, our readers, as our most important supporters. With your support, we can keep +972 Magazine a strong, independent, and sustainable force helping push the global discourse on Israel/Palestine.
DONATE
More About anti-democratic legislation 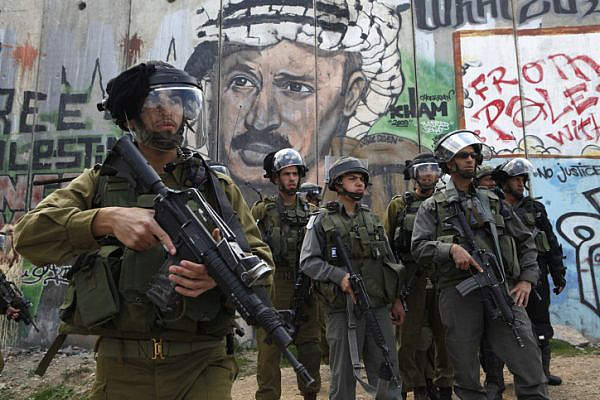 Israel, the occupation is at the core of who you are
If Jewish leaders and activists are going to speak up against Israel’s recent anti-democratic trends, they cannot remain silent on what has been corrupting its democracy for decades. By Nadav Bigelman It is not news to many Israelis that their government, led by Benjamin Netanyahu, is pushing all those who do not align with his spirit of…
By +972 Magazine August 25, 2018 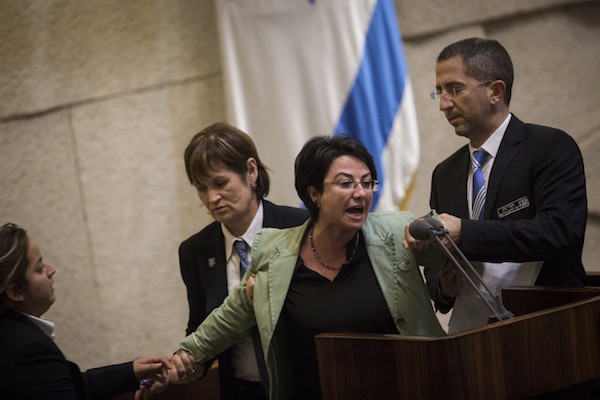 New Israeli law seeks to expel ‘misbehaved’ Arab parliamentarians
Plenty of democratic countries have mechanisms for de-seating elected representatives, but those countries don’t have rich histories of trying to ban politicians of one ethnic group. And their laws weren’t designed to target specific unpopular politicians. On the face of it, there is nothing wrong with the “Expulsion Law” passed by Israel’s Knesset early Wednesday morning. Lots of…
By Michael Schaeffer Omer-Man July 20, 2016 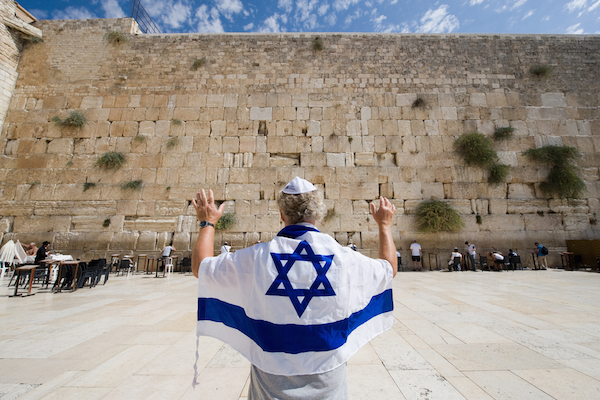