No liberal can justify the extreme, gruesome violence perpetrated by the regime on unarmed demonstrators, in full view of the international media. The ends cannot justify the means. 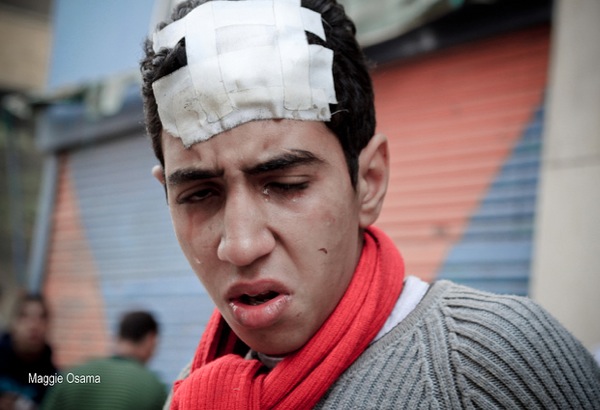 As a liberal, I understand much of the fears of Western and liberal commentators following the overwhelming victory of Islamists in the Egyptian Parliament. Even further, I share such fears. And even though it has been argued repeatedly that not every Egyptian who voted for the Islamists made their choice on the basis of ideology, but rather often for pragmatic and more worldly reasons, I remain quite worried.

Nevertheless, I was overtaken with shock and disbelief by a particular statement from Larry Derfner (who still remains to me a courageous and independent mind who has been willing to take unpopular opinions within Israel with regards to defending the Palestinian cause) when he said

I don’t regret siding with the protesters against Mubarak one bit; knowing what I knew then, I didn’t see that a democrat had any choice. But if I’d known then what I know today? I would have supported Mubarak.

For the purpose of this article, I will not discuss the three decades of economic corruption and mismanagement, violent sadistic repression, and socio-political decline that the Mubarak regime had inflicted upon Egypt, but I will assume that his regime remained an “acceptably successful” one throughout its time in power.

By the dawn of the February 2, 2011, many Egyptians and others were still undecided on whether or not they supported the (then) “uprising” that was taking place all over the country, and particularly in Tahrir. While some were under the influence of official media and the conspiracy theories it perpetuated, or were in fear of the country “falling into chaos” if Mubarak suddenly left power, others knew more clearly the nature of the “revolution” that was taking place, but were also afraid to support it fearing an Islamist undemocratic or even democratic takeover of the country following the possible end of the Mubarak regime. But by the time the orchestrated carnage of Camel Battle was ending, just hours after Mubarak nearly won the confrontation by promising a peaceful transitional phase and reiterating the right to peaceful protest, public opinion had begun an overwhelming shift. The shift, which was for many more anti-regime than necessarily pro-revolution, became even sharper as more and more people around the world and within Egypt watched the horrifying and gruesome images and videos of blood and death from that day and others, on television channels and (a short while later again) online.

The existential problem that faced many at the time was this: some supported this regime or took a neutral stance during the entire “uprising” up to that point because they felt that the regime has been, in totality, generally undertaking strong efforts to reform the country, whilst also keeping the Islamists at bay. But now, that regime was bluntly gassing, imprisoning, torturing and killing unbelievable scores of its own people, blatantly in front of  local and world media and public opinion, even right after it had just promised to peacefully steer the remainder of the protests, and it did all of that because the people stood up in demand of change. That same regime cut the entire country off the world by severing vital and often life-saving telecommunication, orchestrated the escape of thousands of prison inmates who could, and would, steal from, terrorize and kill the people, and ever more blatantly bombarded its citizens with increasingly absurd daily mind-insulting conspiracy theories and photoshopped imagery.

As a “democrat,” Mr. Derfner, if you and others were to support Mubarak despite everything that his regime was perpetuating, then you would be accepting the maxim “the end justifies the means,” and that would leave room for any end, any means, and anyone. It was the scores of people who said to themselves on February 3 that “we would rather our country fell into chaos, be overtaken by conspiracies, conspirators or hardline Islamists than accept any regime, no matter its intentions, to blatantly lie to, terrorize and murder its own citizens, whether in defense of modernity, own survival or whatever,” those were the people who largely decided the eventual fate of the revolution, by choosing the defense of what was “right” over what was “pragmatic.”

There are times when a human being isn’t certain if he is choosing between clear good and evil, or choosing the lesser of two evils. By that moment in time, however, the answer to either question was one: the regime could no longer be trusted or morally be allowed to remain in power, and that any “democrat” or principled human being had to take the plunge and deal with whatever it brought. I personally took that plunge during the revolution, risking my own life in the process, and many of us out there live in constant fear of its potential future outcomes. And yet I don’t regret it and would do it all over again if I had to.

R.W. Al-Thahabi is a pseudonym chosen by an Egyptian citizen who divides his time between Cairo and New York City.