The violence we are witnessing among Israeli and Palestinian teenagers is a response to a system that limits their independence through power and control. 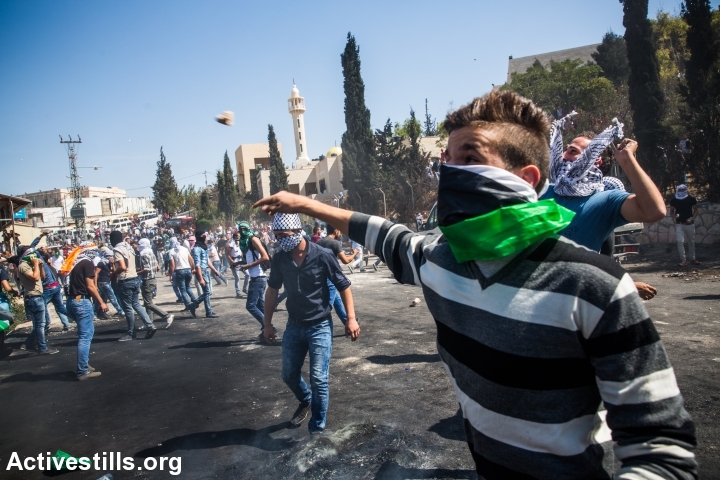 Three different news items on teenage violence were aired in the Israeli media recently. The first was a hearing in the Special Committee for the Rights of the Child on violence by teachers toward students. Following that came a report by the Education Ministry that tracked the level of violence in schools. Finally, Channel 10 aired a four-part series that looked into what motives Palestinian teens to carry out violent attacks against Israelis.

When reality is violent, teens are violent

In the second part of the Channel 10 series, a number of (Jewish) experts explain that violence by Palestinian teens stems from lack of authority on the part of the parents; a weak Palestinian educational system; incitement from Palestinian media and social networks; and the admiration by teens for those who are seen as heroes, and their desire to be like them. All these explanations present the phenomenon as entirely disconnected from their surroundings: children are exposed to poor education and incitement, and the hatred and violence just erupts out of nowhere. And what drives the education and incitement? They do not inquire.

In the first episode Channel 10 interviews Eid Muhammad, the father of Rukia Abu Eid. Thirteen-year-old Rukia left her home in Anata with a knife in hand, and attacked the security guard at the nearby Anatot settlement. The security guard shot and killed her. Channel 10 reporter Or Heller (one of the creators of the series) gave a full disclosure: “I have no answer to the question ‘why did she take a knife and attack.'” But this is not exact, as her father explains: “I cannot answer that question. This is an act of God… I cannot even imagine why Rukia went. The occupation is the reason. I told you. The reason is the killing of children. Why do they kill children?”

So Eid Muhammad does, in fact, have an answer, and I think it is the right one: the occupation is the driving force behind the violence of Palestinian teens. In the third episode in the series we see a mother from Anatot gently stroking her son’s head and explaining: “We raise our children to believe in peace, they raise their children to hate.” But even those who believe that the entirety of the land belongs to us cannot deny reality: that Israel controls the occupied territories by military force. Force that denies Palestinians their independence and basic rights. 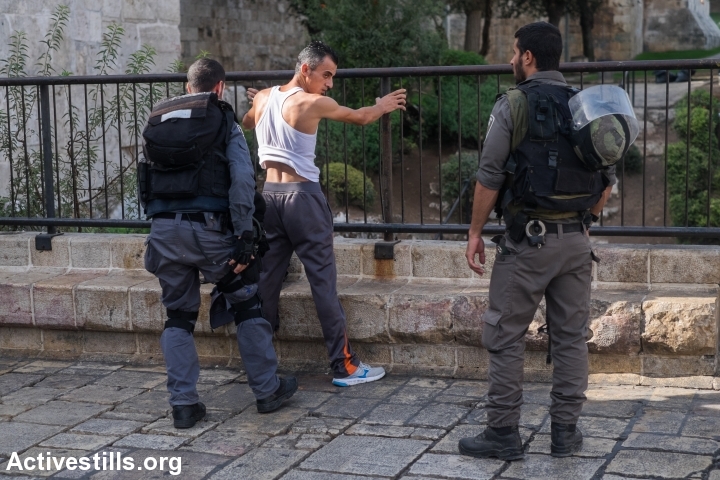 Israeli policemen search a Palestinian man at Damascus gate, in Jerusalem’s old city, October 18, 2015. Israel set up checkpoints in the Palestinian neighbourhoods of east Jerusalem and mobilised hundreds of soldiers as a collective punishment after recent attacks by Palestinians. (photo: Yotam Ronen/Activestills.org)

Violence in our schools

Now let’s speak about education on this side of the Green Line. Statistics on violence by students and staff are not new. But where does this violence stem from?

Successful teaching-learning takes place when both the teachers and students truly delve into a subject. When they analyze it from various points of views and allow students to progress in their learning unhindered. The education system functions in the exact opposite way. Textbooks are meant to enforce one type of content. Enforcement is also violence.

A successful moment of teaching-learning is one in which the teachers and the students are interested in what they are doing. When dozens of students are put in a single classroom and are expected to be interested in the exact same thing at the exact same hour in a high-pressure environment, means of control will inevitably be used. Pressure and control are violence.

This violence, which is built into the school system, is not only unkind toward students, it prevents teachers from doing what they know how to do. They are too busy overseeing the students when they should be teaching. The philosopher John Amos Comenius knew this well when he wrote the following in 1632:

The method used in instructing the young has generally been so severe that schools have been looked on as terrors for boys and shambles for their intellects. The only result achieved was the following. For five, ten, or more years they detained the mind over matters that could be mastered in one. What could have been gently instilled into the intellect, was violently impressed upon it, nay rather stuffed and flogged into it. What might have been placed before the mind plainly and lucidly, was treated of obscurely, perplexedly, and intricately, as if it were a complicated riddle.

And this is the issue: the education system creates a permanent, violent threat against teachers and students. The pressure placed on their independence is what causes them to act violently. They are shouting: give us freedom, let us live.

Israeli teens, like Palestinian teens, exist in an environment that treats them with violence. Their violence is a reaction to that reality. Want violence to decrease? Free them.