I have heard the sounds of war before. In Iraq, I was jolted from sleep by the sound of incoming rockets, massive truck bombs, and exploding IEDs. In Afghanistan, I temporarily lost my hearing when an explosives-packed SUV detonated meters from my office. I have heard windows shatter and bystanders scream. And I have seen the aftermath: sinewy flesh, bone shards, jaw fragments.

But I have never heard the discord of sounds, the cacophony of violence, that Gaza’s Palestinians – all of them – know so well. Here, the ever-present drone of machines overhead mingles with the scream of jet sorties, tank shelling, and bursts of heavy guns from naval battleships. Here, modern warfare’s full range of fronts is audible everywhere and all at once.

I share a flat with two Palestinian journalists in the heart of Gaza City. Each night, we sit on the balcony floor in the dark and listen to the drones. Sometimes they seem to hover just over us, stationary and menacing. Once, my colleague snapped a photo, and the flash went off. We crawled inside in a hurry, wondering whether the drone operator, somewhere far away, would think the snap something else and decide to “liquidate” us.

The sound of Israeli drones is ever-present in Gaza’s skies (via Lara Aburamadan):

Mostly, though, there’s no time for such calculations. When we hear an F-16 begin to descend, we have no idea where the missile will fall. The one exception is when a drone “knocks” on the target beforehand. When that happens, we grab our cameras and wait for the strike. It usually comes within a few minutes. In other cases, all we hear is the gathering thunder of jet engines, a pause as the “payload” is released, and then a massive boom followed by the reverb of debris crashing to the ground. Sometimes, our building shakes.

An August 1 airstrike on the Islamic University in the heart of Gaza City (via Lara Aburamadan):

Occasionally, especially at night, we’ll hear an F-16 swoop in, see the plume of smoke it leaves in its wake – but notice that there is no explosion. We have no idea why these strikes are silent. Could they be “concrete bombs” – non-explosive missiles that a Voice of America report describes as “rocks,” hitting their their target at hundreds of kilometers per hour?

The tank shelling is even less predictable. As former Israeli artillery corpsman Idan Barir wrote in +972 last week: “It is impossible to aim the shells in an accurate manner and they are not meant to hit specific targets.” When the shelling east of Gaza City was worst, we could hear several a minute, the horizon splattered with slate circles of dust. One morning, after a particularly fierce night of attacks, we watched the sunrise to the sound of concussions from the east.

Sunrise over Gaza City, July 31, with the sounds of tank shelling along the eastern border (Samer Badawi):

To the west, where the Mediterranean is otherwise quiet, we hear battleships take aim at the Gaza coast. Last night, several dozen bursts pierced the night sky, pounding the port nearby. We could see the flashes of light but not the points of impact. Since we are near the sea, and the battleships are closer than the tanks, it takes us longer to catch our breath when the guns fall silent.

Throughout, my colleagues and I tweet about the attacks. When the battleships pause, we report to the world: “Quiet now. Just drones.” And that is the sound of “normal” in Gaza.

Related:
Gaza dispatch: ‘Death will come and life will go on’
IDF soldier: Artillery fire in Gaza is like Russian roulette
Gaza war: It’s about keeping the Palestinians under control

BECOME A MEMBER
More About F-16 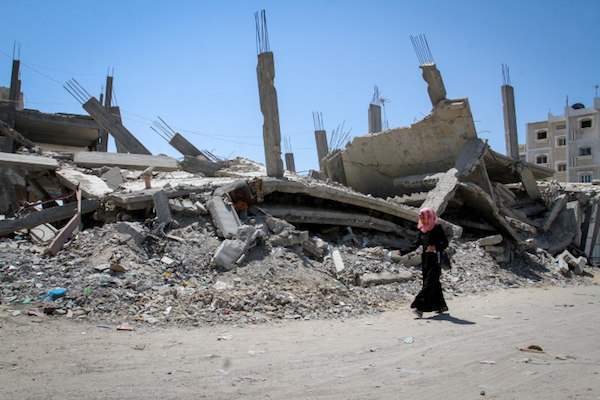 I left Gaza, but it failed to leave me
I feel guilty for living in a safe country while my family does not. But I want a future, and to start a family with children who don’t know what an F-16 is. By Abeer Ayyoub It has been almost an entire year since I left Gaza, although to me it feels as if it was…
By +972 Magazine June 16, 2017 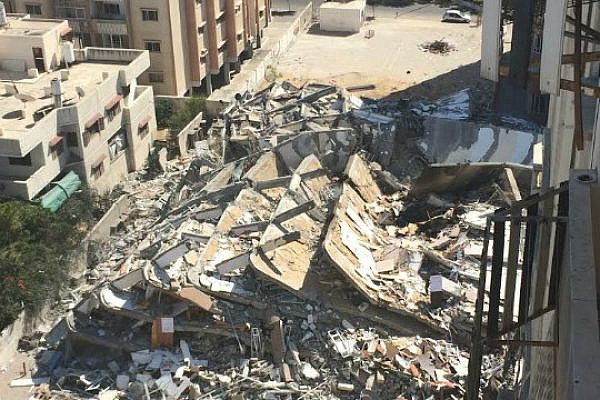 Why did Netanyahu take aim at Gaza’s tallest towers?
The answer has nothing to do with alleged militants. The third of three Gaza towers felled by Israeli F-16s housed, among other offices, a media consultancy representing several international news organizations. But when Al Basha Tower was hit early Tuesday morning, that consultancy had already been driven out by Israeli shelling, which had destroyed its…
By Samer Badawi August 26, 2014 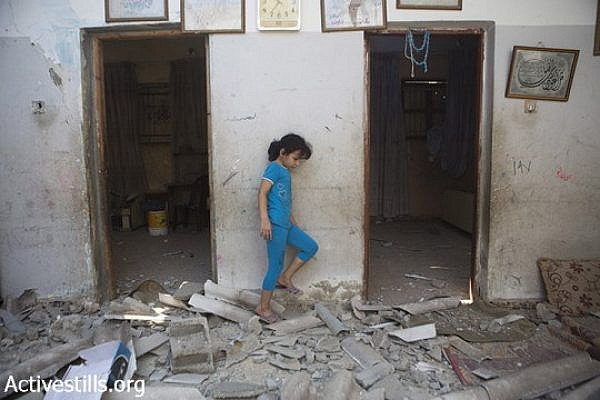 Don’t cry for me: A letter from a little girl in Gaza
With Palestinian children in Gaza bearing the brunt of Israel’s offensive on the Strip, this is what one little girl may have written to us – had she the chance. By Sam Bahour As the latest horrific obscenity of Israel’s aggression against the Gaza Strip continues, the death toll mounts. Palestinian children are paying the…
By +972 Magazine August 9, 2014