Across Israel, thousands of protesters flood the streets, laying the blame on the government for the arson attack that killed a Palestinian infant and the stabbing attack on marchers during Jerusalem’s Pride march. 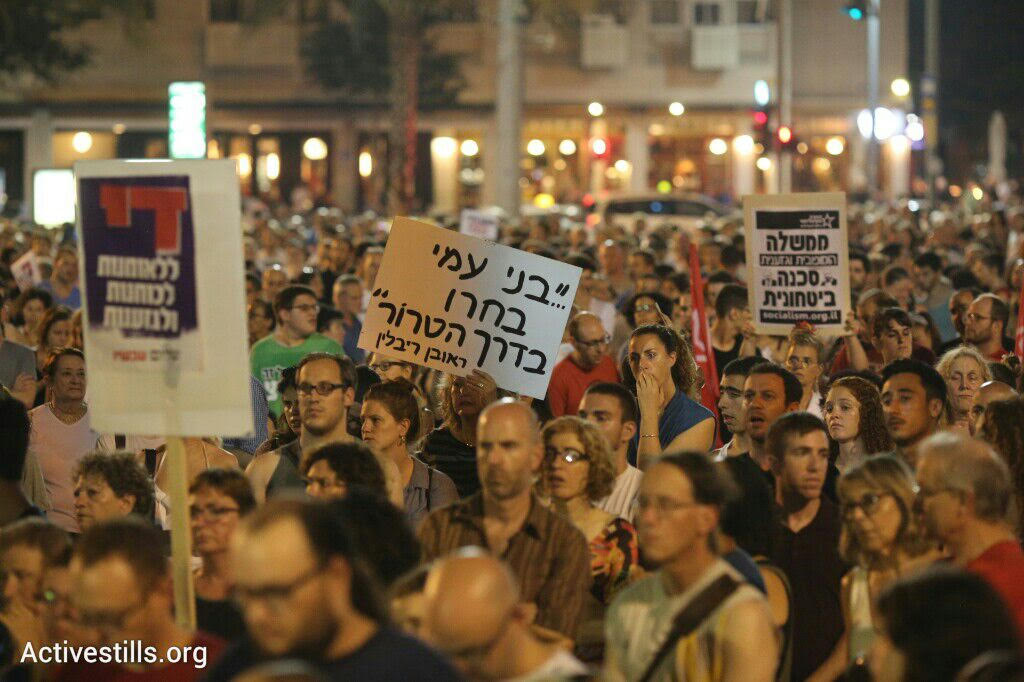 Thousands of people gathered in cities across the country on Saturday night to protest against the racist and homophobic attacks of the past few days. The demonstrations come in response to Thursday’s mass stabbing attack at the Jerusalem Pride Parade, as well as the arson attack in the West Bank village Duma, where 18-month-old Ali Dawabsha was burned to death.

In Tel Aviv over 3,000 people attended a rally organized by Peace Now, calling for “an iron fist against Jewish terrorism.” Among the speakers were opposition leader Isaac Herzog, who earlier on Saturday called on the government to expand its use of administrative detention against Jews involved in terrorism.

Nasser Dawabshe, the uncle of the slain infant, also spoke, saying that Netanyahu’s condolences were not enough, and that it is the prime minister’s duty to ensure the security of the Palestinians in the occupied territories. “We demand that this be the end of our people’s suffering,” he told the crowed. “Before Ali came Muhammad Abu Khdeir, and we do not know who is next in line. We want these arson attacks to end.” 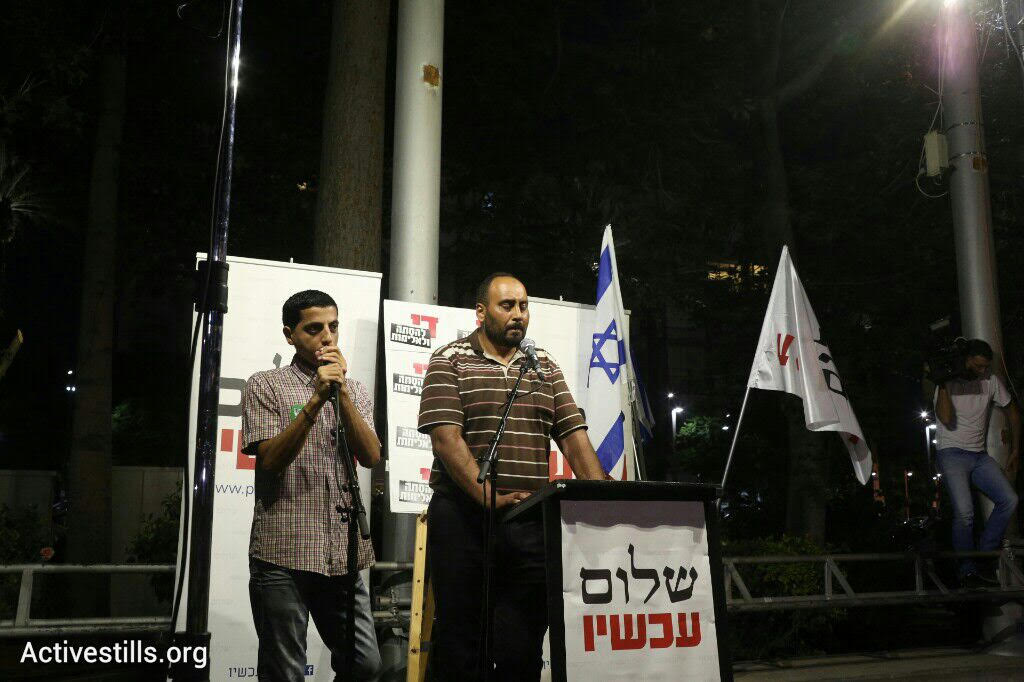 Not far from Rabin Square, thousands gathered at Gan Meir Park to protest the stabbing attacks that took place during the Jerusalem Pride march on Thursday. The speakers list included former President Shimon Peres, members of both the coalition and the opposition, as well as representatives of LGBT groups.

When Likud MK Yuval Steinitz went up to the podium to speak, dozens of LGBT activists held up their hands in gloves dyed the color red, calling out “homophobia begins with the government.” 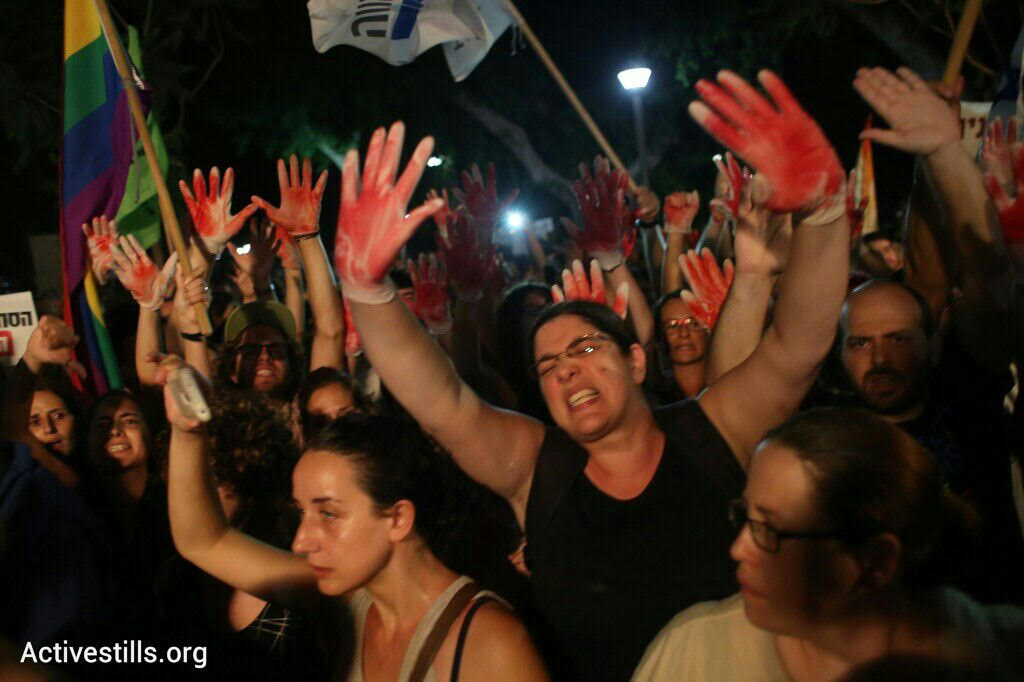 LGBT activists protest MK Yuval Steinitz (Likud) as he speaks during a rally in the wake of the attacks on the Jerusalem Pride Parade, August 1, 2015. (photo: Oren Ziv/Activestills.org)

In Jerusalem, over 1,000 people gathered in Zion Square under heavy security to protest against both the attacks of the past week. President Reuven Rivlin, who has received numerous death threats for speaking out against the arson attack in Duma, was the keynote speaker, saying that “We cannot continue treating these as tragic coincidences, we cannot put out the fire with weak condemnations.”

“Contempt for the rule of law, for the love of mankind, these create the conditions that lay the foundation for what we call ‘bad apples.’ We need to ask what kind of public atmosphere exists that allows for these bad apples to grow and flourish here.”