Israeli officials will authorize 5,000 new work permits for Palestinian laborers. The move comes in the wake of the West Bank protests against the Palestinian Authority and the rising cost of living, and is meant to prop up the PA. The move is also a symptom of Israel’s hysterical reaction to foreign workers and African refugees.

July saw the Israeli government grant permits to 5,000 Palestinian construction workers, including those who work in illegal West Bank settlements. The cynical move harnessed a captive labor market whose own economy has been crushed by the occupation—the very occupation it is being recruited to build.

Speaking to the Jerusalem Post about the proposal, the spokesman for the Coordinator of Government Activities in the Territories said, “We do not want the PA to crash,” adding that Israel needs to help keep the Palestinian economy afloat. He also remarked that Israeli authorities prefer Palestinians to foreign workers because the latter stay in the country.

The Israeli Population Immigration and Borders Authority echoed the preference for Palestinians to migrants who stay and make a home in Israel. So, as Israel deports the families of foreign workers – the same workers it brought to replace the Palestinians (see below) – and expels and jails African refugees, it begins upping the number of work visas for Palestinians.

Just as foreign aid is intended to keep the unsustainable and overextended PA afloat – giving some West Bank Palestinians a sedating sense of normalcy – so are Israeli work permits. Along with checkpoints and restrictions on freedom of movement, work permits are intended to shape the behavior of the Palestinian population.

During the First Intifada, Israel revoked the general exit permits that were held by almost all Palestinians in the Occupied Territories which had previously allowed them to reach jobs inside of Israel, thus collectively punishing Palestinians for rebelling against the occupation. At the same time, Israel began bringing foreign workers from South East Asia and Eastern Europe to meet the demand for inexpensive labor.

The Second Intifada and the separation barrier caused the number of Palestinian day laborers working inside of Israel continue to decrease. According to figures from the Knesset, the number of legal Palestinian workers declined by 70 percent from 2000 to 2011, falling from 100,000 to 30,000.

The message to Palestinians who are dependent on Israel for work is simple: “behave,” support the PA and we will let you in to find jobs.

But, if you resist the steady expropriation of Palestinian territory, the administrative detentions, the arbitrary arrests of children – if you resist the total subjugation of your people – we will punish you. We will continue to squeeze your labor market and shut you out of ours so that you cannot support your family. It is a system of reward and punishment taken straight from Behavioral Psychology 101; it is Israel treating the Palestinians like a starving rat in a Skinner box. Israel giveth and Israel taketh.

Of course, the new permits also serve as yet another reminder that Israel is running the show—the PA is little more than a puppet. 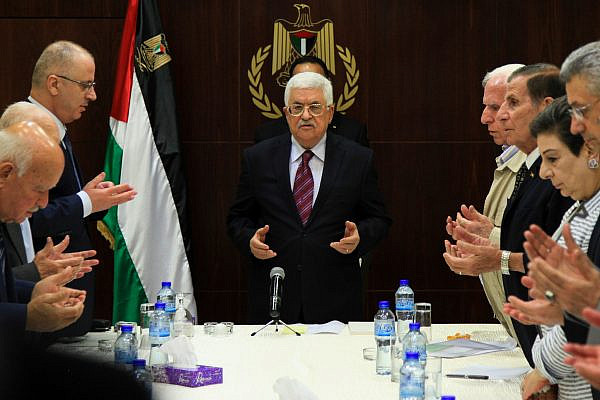