In the spring of 2010, it emerged that a young journalist had been under house arrest for several months for leaking documents that led to the publication of an investigative report on IDF misconduct. Thanks to an unprecedented media blackout, the case made headlines around the world. Anat Kamm, who was originally sentenced to four-and-a-half year prison sentence for the leak, left prison on January 26, 2014 after being approved for early release. Uri Blau, the journalist behind the report, was sentenced to four months community service, as part of a plea bargain. This is how the case unfolded. December 14, 2006 The High Court of Justice rejects a petition against the IDF practice of targeted killings of wanted militants. However, the ruling – former Supreme Court President Aharon Barak’s last – restricts the practice, establishing circumstances that render such killings unlawful, including when arrest is possible or in cases where the killing would cause disproportionate harm to civilians. The decision can be found in full here.

June 20, 2007 The IDF kills Palestinians Ziad Subahi Mahmad Malaisha and Ibrahim Ahmed Abd al-Latif Abed, in what it presents to the public as a gunfight that erupted during a routine military raid in the West Bank.

Summer 2008 Anat Kamm, a 21-year-old reporter for the Walla portal’s media news website, transfers documents she had burned to a disk while serving as a clerk in the IDF to Haaretz journalist Uri Blau. (Her account of her actions as presented to the court is found here, in Hebrew)

November 28, 2008 Haaretz reporter Uri Blau publishes an investigative report in Haaretz Magazine based on the documents he received from Kamm. The report reveals that the IDF had approved well in advance the targeted killing of Malaisha, contravening the High Court ruling and intentionally misleading the public. The report was attributed to “classified IDF documents” and had been approved by the Military Censor before going to press. The pages of the report depicted scanned images of the documents Blau had acquired from Kamm.

September 15, 2009 Haaretz and the Shin Bet security service reach an agreement requiring Blau to transfer certain classified documents in his possession in exchange for the agency’s pledge not to investigate his sources. Blau handed over dozens such documents (See Haaretz editorial, How the Shin Bet Broke its Deal with Haaretz). The state later admits that it ignored the agreement it had reached with Blau.

December 15, 2009 Anat Kamm is called by the Shin Bet for questioning in relation to the documents she transferred to Blau. She is placed under house arrest that night, and a gag order is placed on the entire affair.

January 24, 2010 Maariv publishes a piece titled “How has a journalist been under arrest for a month, yet everyone is silent?” The author describes a place called “Shu-shu land” (“Hush hush land,” in English) in which a journalist, whose name and location he cannot divulge, is under house arrest while the media fails in its obligation to its colleague.

March-April 2010 Reports begin to surface abroad about a young woman under house arrest for leaking sensitive military documents to a journalist. The gag order on the case – in addition to a gag order on the gag order (!) – prevents Israeli press from reporting details of the case or its very existence. Rumors begin flying, with Israelis looking for emerging information from abroad. The story, broken by Richard Silverstein on his blog, begins to spread, and details start surfacing within Israel. Israeli media, infuriated it has been scooped by just about everyone abroad, unites in slamming the legal and security establishment for sustaining the gag order, and begins, along with the blogosphere, slowly publishing details of the case. Yediot prints a translation of an article on Israeli censorship by Judith Miller, originally published in the Daily Beast, with swaths of text blacked out: The Independent reports that the recipient of the leaked documents, Uri Blau, who was vacationing at the time of Kamm’s arrest, is in hiding in London. As new information is released daily – with even Israeli outlets finding creative ways to report on the case despite the blackout – the gag order and the state of Israel’s free press are elevated to new levels of absurdity. April 8, 2010 The court finally accepts a request by Haaretz and Channel 10 to lift the gag order. A flood of information is unleashed. It emerges that Kamm has been indicted on aggravated espionage charges, with intent to harm the security of the state. The original indictment, translated by Dimi Reider into English, can be found here.  The next day, Blau publishes a first-person account of his experience from exile.

October 2010 A deal is struck enabling the return of Uri Blau from England, upon which he undergoes questioning by the Shin Bet. The deal requires him to hand over more documents in his possession.

February 3, 2011 Kamm’s defense and the State Prosecution strike a plea agreement in which she agrees to confess to the possession and transfer of classified documents, but is not charged with “intent to harm state security.” (In Israel, even the first charge falls under the Espionage Law, a fact decried as draconian in a column by legal scholar Dr. Mordechai Kremnitzer.)

February 6, 2011 The Tel Aviv District Court accepts the plea deal; Anat Kamm is convicted of the charges against her.

March 23, 2011 The Justice Ministry announces its intention to charge Blau with possession of classified information without authorization, pending – to this day – a hearing before the attorney general.

October 30, 2011 The Tel Aviv District Court sentences Anat Kamm to four and a half years in prison. She begins serving her term on November 23, 2011.

May 30, 2012 With Kamm in jail, Attorney General Yehuda Weinstein decides to indict Uri Blau for possession of classified documents.

September 3, 2012 Under a plea bargain, Blau is sentenced to four months of community service in exchange for all classified documents held under his possession.

December 31, 2012 The Supreme Court shortens Kamm’s sentence to three-and-a-half years, including another year and a half suspended sentence, in line with the original punishment.

January 16, 2014 Israel Prison Service’s parole board approves early release for Kamm. She is expected to leave prison on January 26, 2014.

‘I was arrested for asking the PA to stop intimidating journalists’
Amro, a Palestinian activist known for opposing settlements in the West Bank city of Hebron, was arrested by the Palestinian Authority for criticizing its recent arrests of journalists. Upon his release, Amro called on Mahmoud Abbas to revoke or revise a new law that’s been used to target journalists and activists. By Oren Ziv/Activestills.org A…
By Activestills September 10, 2017 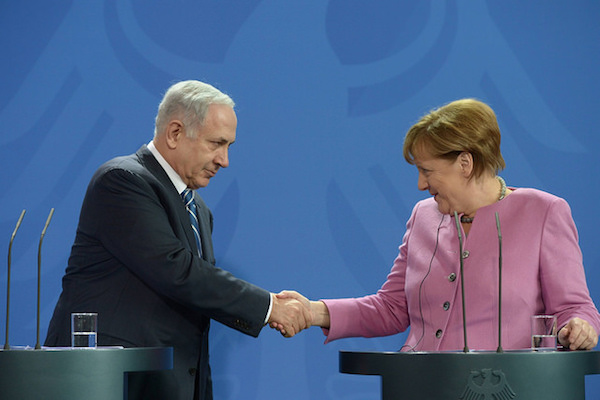 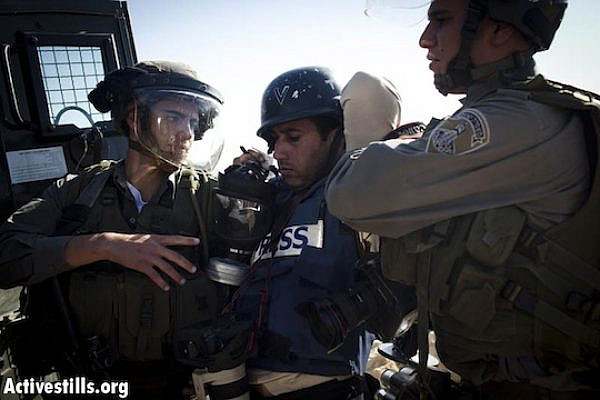 Editorial: Demanding freedom of movement and access for Palestinian journalists
Palestinian journalists have published a petition aimed at pressuring Israel to grant them full freedom of movement and access in order to do their jobs, just as it allows Israeli journalists to work freely in Israel and Palestine. We at +972 support their petition and call on all of our Israeli and international colleagues to…
By +972 Magazine August 5, 2013