The American president’s decision to defund the Palestinian refugee agency is an attempt to accomplish something Israeli leaders have been trying for the better part of a century. 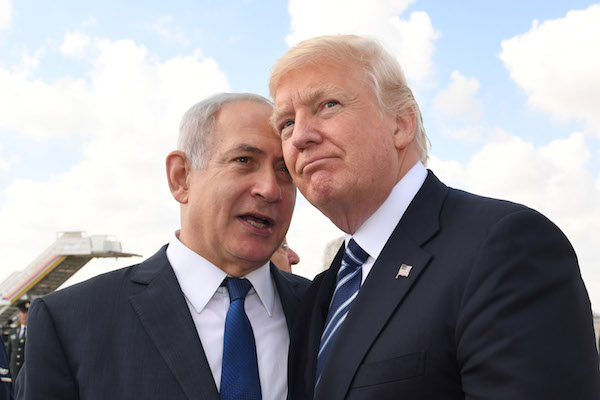 First, the Trump Administration “took Jerusalem off the table.” Now, in an especially dangerous display of recklessness, it has announced its intention to do the same for the Palestinian “right of return.”

The first indication that this was in the works came with the administration’s announcement that it would be suspending all U.S. assistance to UNWRA, the UN agency created to address the humanitarian needs of the Palestinians who were forced to flee from their homes in 1948 and again in 1967. More recently, the administration supported by some Republican members of Congress, launched an effort to limit “refugee” status to only those Palestinians who were victims of the 1948 expulsions.

Because Israel has always rejected its culpability for the Palestinian refugee crisis and has consistently refused to acknowledge that those who fled in 1948 had any rights to repatriation, the U.S. intent to take the refugee issue “off the table” was described by one Israeli writer as a “dream come true.” And a minister in Prime Minister Netanyahu’s government celebrated the U.S. move as “finally speaking the truth to the Arab lie that has been marketed all over the world for decades […] There is no reason for [Palestinians] to dream of returning.”

Israel claims that it has no responsibility for Palestinian refugees. As is their practice, the Israelis have attempted to exonerate themselves by creating “alternate facts” — that Palestinians voluntarily left their homes or that they were ordered to leave by advancing Arab armies. However, an examination of the historical record establishes that the Zionist political leadership executed a deliberate plan to “cleanse” entire areas of their Arab inhabitants in order to create a state that would be larger than what was provided by the UN partition, with fewer Arabs.

They are indicted by their own words:

Yigal Allon (leader of the Palmach – the official Zionist military):

“We saw the need to clean the upper Galilee and to create…Jewish continuity in the entire area of the upper Galilee…We, therefore, tried a tactic…which worked miraculously well. I gathered all of the Jewish Mukhtars, who have contact with the Arabs in  the different villages, and asked them to whisper in the ears of the Arabs that a large Jewish reinforcement has arrived in Galilee and that it is going to burn all the villages in the Huleh. They should suggest to these Arabs, as their friends, to escape while they had time to flee. The flight numbered in the myriads. The tactic reached its goal completely.”

David Ben Gurion (speaking of “Plan D,” the operation designed to expand the size of the “Jewish State” and to reduce the number of Arabs within it):

“These operations can be carried out in the following manner: either by destroying villages (by setting them on fire, by blowing them up, and by planting mines in their rubble), and especially those population centers that are difficult to control permanently; or by mounting combing and control operations according to the following guidelines: encirclement of the villages, conducting a search inside of them. In case of resistance, the armed forces must be wiped out and the population expelled outside the border of the state.”

“There is a need for strong and brutal reaction. We need to be accurate about timing, place, and those we hit. If we accuse a family – we need to harm them without mercy, women and children included. Otherwise, this is not an effective operation. During the operation there is no need to distinguish between the guilty and the not guilty.”

Menachem Begin (leader of the Irgun):

“Arabs throughout the country, induced to believe wild tales of ‘Irgun butchery’, were seized with limitless panic and started to flee for their lives. The mass flight soon developed into a maddened uncontrolled stampede. Of the almost 800,000 who lived in the present territory of the State of Israel, only 165,000 remain. The political and economic significance of this development can hardly be overestimated.”

In the aftermath of the war, during which thousands of Palestinians were murdered and another 700,000 were forced into exile, Ben Gurion celebrated what he termed “a double miracle” — an Israel with more land and less Arabs.

After its establishment, Israel compounded its crimes against the Palestinians by passing a series of Orwellian laws which enabled the new state to seize Arab-owned land (over 2 million acres were taken—including businesses, homes, orchards, and farmland) and demolish 385 Arab villages — all done in the effort to physically erase any evidence of the prior Palestinian presence.

I spent time in Palestinian camps in 1971 collecting the nightmarish personal stories of those who were expelled, perusing their family photo albums of the homes they had left behind, and being shown the keys they still carried — which had become a sacred symbol representing what they had lost and hoped to regain. One said to me “the Jews said they remembered for 2,000 years. For me, it has only been 23 years, how can I forget?”

In the face of this, the actions of the Trump Administration are not only dangerous and reckless, they are cruel and insensitive, and violations of international law and covenants.

While some conservatives love to cherry pick the celebrated 1948 Universal Declaration of Human Rights — citing their favorite, Article 18, which guarantees freedom of religion and belief — they willfully ignore other relevant articles:

Article 9: “No one shall be subjected to arbitrary arrest, detention or exile.”

Article 13/2: “Everyone has the right to leave any country, including his own, and to return to his country.”

Article 17/2: “no one shall be arbitrarily deprived of his property.”

In addition, there is the 1948 UN resolution, declaring “the right of Palestinian refugees to return to their homes” — a resolution which has been regularly and overwhelmingly reaffirmed by the UN General Assembly.

When in the face of this incontrovertible history of Israeli “ethnic cleansing” and international conventions on the rights of refugees, I cringe when I hear of the Trump Administration’s intention to take the refugee issue “off the table.” What they are, in fact, taking off the table is so much more. At stake is: the lives and fortunes of innocent Palestinians and their families; the rule of law; simple human justice; and the possibility of peace. The more than 5 million Palestinians living under occupation and in refugee camps in Jordan, Lebanon and Syria cannot be erased and in their attempt to do so, it is not only the Israelis who are guilty of the war crime of ethnic cleansing. The Trump Administration is making itself complicit in this crime. 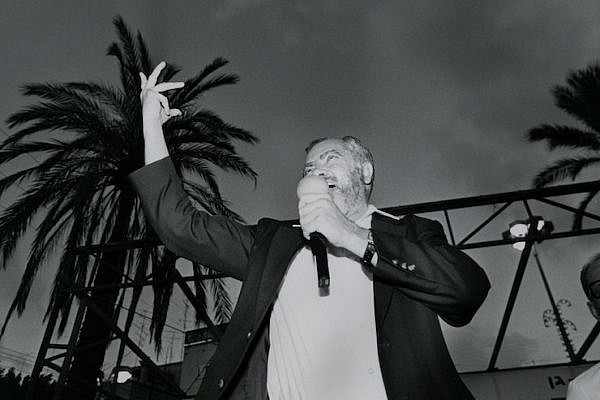 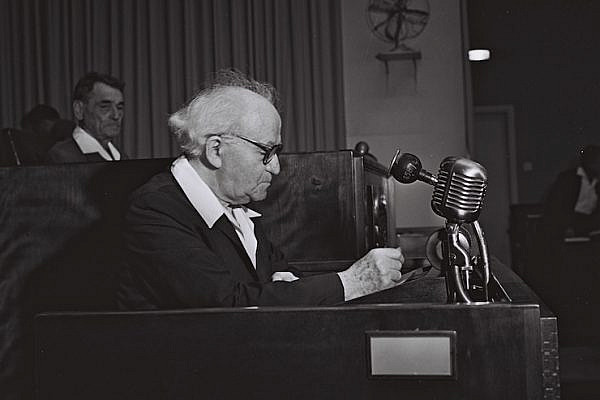 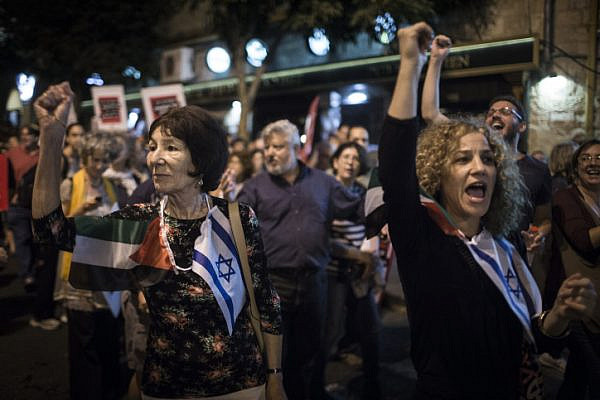 Why the Israeli Left can’t reconcile with the most Zionist law
For seven decades, those on the Zionist Left have been reluctant to grapple with Israel’s history of discrimination against its Palestinian minority. With the Jewish Nation-State Law, they have no choice — and that’s what really hurts. By Meron Rapoport It is difficult, if not impossible, to find Palestinians who support Israel’s new Jewish Nation-State Law.…
By +972 Magazine August 2, 2018