The controversial Venezuelan leader, who died Tuesday, did more good than bad – and the good he did was extraordinary. 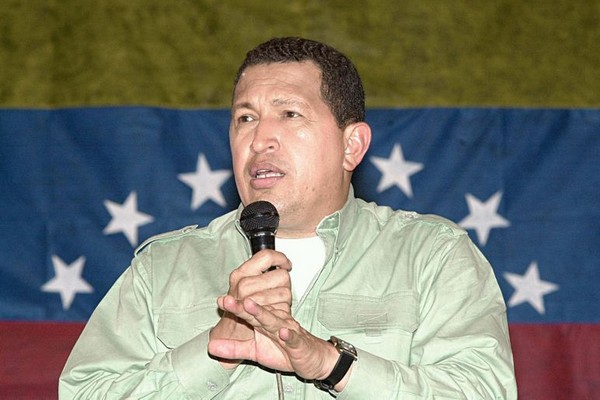 Any political leader who buddies up conspicuously with Ahmadinejad and Assad, showing indifference to their victims and freedom-seeking opponents at home, loses his shot at dying a hero, at least with me. So, like most left-liberals, I have mixed feelings about the legacy of Hugo Chavez. His alliance with the Iranian and Syrian regimes were the worst things that could be said against him, so I’ll deal with them first: They are black marks on his record, but they do not blacken it entirely. They do not make  Chavez a moral untouchable – because most respected modern Western leaders, certainly in the United States and Israel, have buddied up with any number of dictators across Asia, Africa and Latin America who made A’jad’s and even Assad’s crimes look tame.

There is one other capital offense that’s been associated with Chavez, but this charge is pretty hollow: that he fomented anti-Semitism. He was certainly hostile to Israel, comparing its bombing campaign in the Second Lebanon War to the Holocaust, which was typically reckless Chavez demagoguery, and breaking off relations with Israel after Operation Cast Lead, which I can’t fault him for on moral grounds. Regarding the claim that he encouraged the harassment of Venezuelan Jews, it’s based on a raid on a Caracas Jewish school by police who said they were looking for evidence in a crime, and the accusation by opposition journalists and local Jewish activists that state intelligence spied on a Jewish organization it considered a Mossad front. In all, I’d say that falls well short of the evidence necessary to call Chavez an anti-Semite. Also, it’s nothing compared to the truly vicious anti-Semitism practiced by some of the fascist South American generals of the past whom Israel did business with. Furthermore, Arabs in Israel suffer incomparably worse bigotry and abuse in a week than Jews in Venezuela did during Chavez’s 14 years as president. So I think the accusation against him of anti-Semitism not only doesn’t stand up, it backfires.

There are lots of other things to be said against him – he was an autocrat who took over the legislature, courts, media and unions; a demagogue who blamed all of Venezuela’s problems on the U.S. and “squalid” capitalists at home; a megalomaniac who gave rambling, four-hour speeches on TV. Also, he left his country with a monstrous deficit, systemic corruption and basically one industry, oil.

But he was not a tyrant. He was not an invader or war-maker. He did not take over any foreign land or nation. He did not run torture chambers or prison camps. And though he was an authoritarian leader, he was not an absolute dictator: Venezuela had free elections which Chavez won not with 99 percent of the vote, but with 55 to 65 percent.

Even at his worst, he was far, far better than the old Latin American death squad leaders so beloved of the United States, Israel and some other Western democracies. And if he left Venezuela in a macroeconomic mess, that’s the way he found it in 1998 when he was first elected president.

Against all his sins, however, including his reprehensible support for Ahmadinejad and Assad, Chavez had one overarching, world-historic achievement: He did more to reduce poverty and economic inequality than just about any national leader in modern history. And in South America, that is the all-important thing.

He spent much of the country’s oil revenues on food, schools and health care for the poor, cutting poverty by half, extreme poverty by 70 percent and leaving Venezuela with the smallest income gap in South America. He inspired the continent’s ‘pink tide” – the spread of left-wing governments to Brazil, Ecuador, Colombia, Nicaragua, Chile and Peru, a rebellion against the dictates of international banks and a shift toward a fairer, more humane sharing of the wealth.

For that, Chavez was adored by his country’s poor people,  as can be seen in the reports of the reactions in Venezuela to his death. From the New York Times, which wrote that Chavez’s “fundamental legacy was intangible: he has changed the way Venezuelans think about themselves and their country.”

[E]normous crowds thronged the streets on Wednesday to watch Mr. Chávez’s modest brown wood coffin wrapped in a Venezuelan flag, being carried through the capital, Caracas.

[H]undreds of thousands of mourners — many dressed in his movement’s characteristic red shirt — chanted, cried, tossed flowers or held up cellphones to photograph the coffin as it passed.

“Chávez opened our eyes,” said Carlos Pérez, 58, a cookie salesman who drove into town with his wife and took part in the caravan. “We used to be stepped on. We felt humiliated.”

Chavez raised the standard of living and self-esteem of the millions who needed this the most, and not just in Venezuela but across South America and Cuba. He was one of history’s greatest champions of the have-nots – and he didn’t kill anybody in the process. That record outweighs all his sins; he was above all a potent, non-violent force who changed his nation and his whole beleaguered continent dramatically for the better.