‘Manipulation,’ an exhibit that opened this past Thursday as part of the annual Jerusalem Design Week, brings together the country’s top graphic designers to examine whether the field of visual communications is itself nothing more than that – a manipulation.

By Eitam Toubul and Shira Glick

Designer Daniel Mouktel, who is known for his previous graphic work for the “Arisa” line, criticizes the fashion world using his work “Fashion Force” to show how the world is “dictated by trends that decide what is right and what is out of fashion.” At the head of the pyramid sits Vogue, which serves as a bridge between fashion corporations and consumers. The magazine dictates what is considered fashionable, though it often ignores whole cultures, populations and figures whom it views as not worth its time. 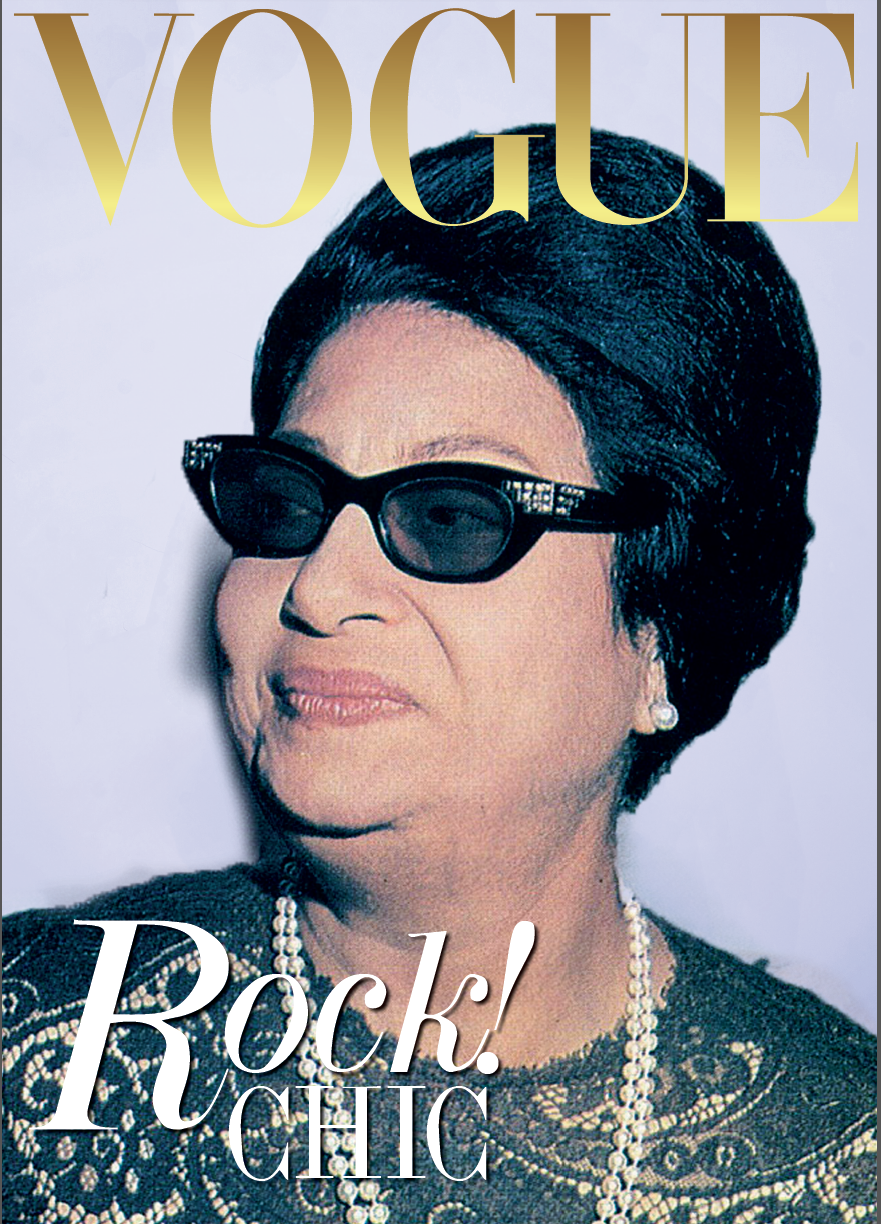 We must ask: why is it that Umm Kulthum, one of the most well-known singers and a fashion icon in the Arab world, cannot appear in the magazine along with other singers? And for that matter, what counts as superior and what counts as inferior? The exhibit takes headlines from actual Vogue covers, replacing the images with new ones in order to raise questions about the superior-inferior binary. Moukatel critiques the edicts of the fashion world using cover photos, and the alternative he presents leaves the responsibility in the hands of the editor, who ensures that the manipulation permeates the designer in charge of the front page. 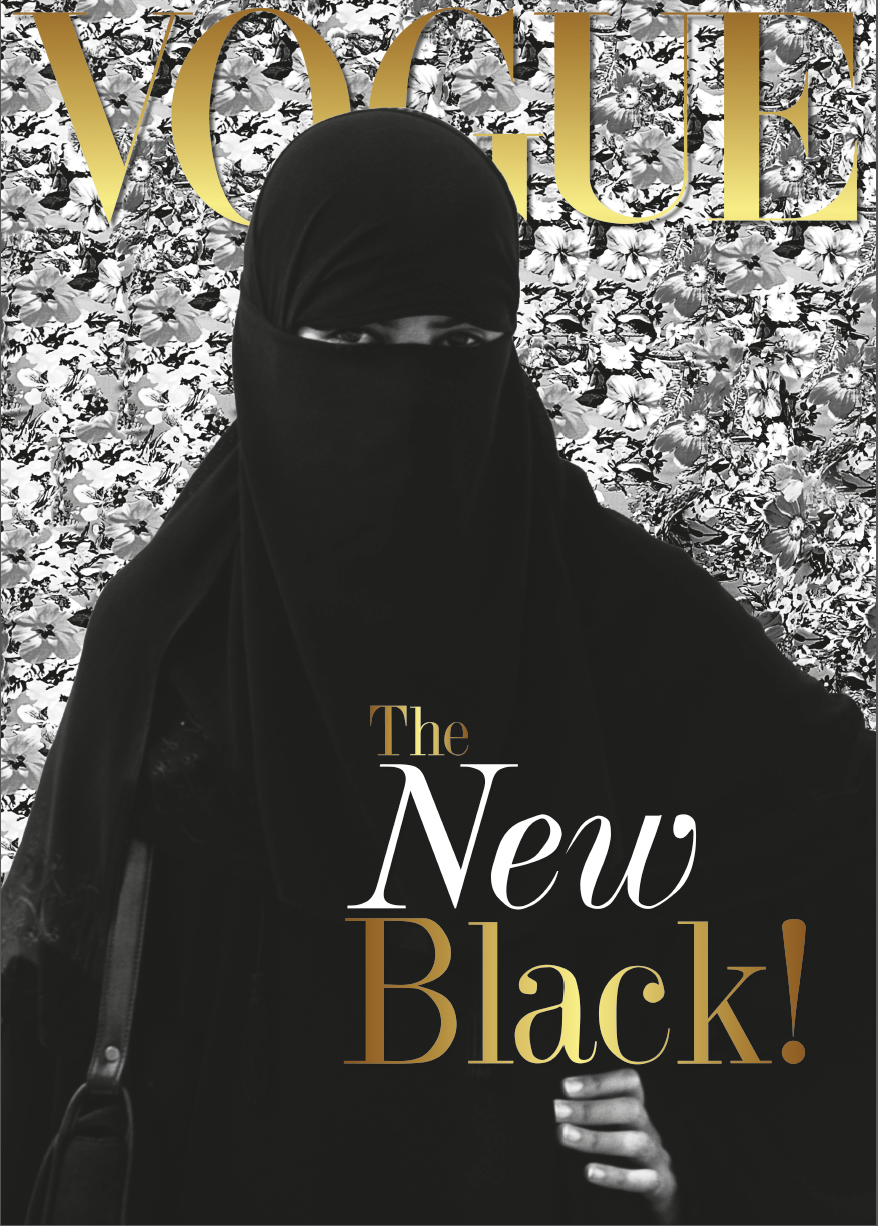 Studio Zifim, on the other hand, offers an alternative for a different cover, a musical cover, if you will, and broadens the question. The studio will present three “limited edition” albums of three artists – Avi Biter, Moshe Cohen and Tamir Gal. According to the artists, the project will make use of original visual elements from movies that tend to be considered “inferior.” The 90s were the height of what is known as “Musikat Dikaon” (“Depression Music”). The giants of the genre – Ofer Levi, Avi Biter, Tamir Gal, Moshe Cohen, Liat Banai and Reuven Hamalach – sold hundreds of thousands of records with almost no exposure in the mainstream media, which generally ignored them. The albums were released independently, thus their covers, similar to the music, relate to their audience at eye level. Presenting them in black and white without any filters, with “professional” graphics that create a new point of view toward the genre, and give people the opportunity to listen to the music without any prior bias. 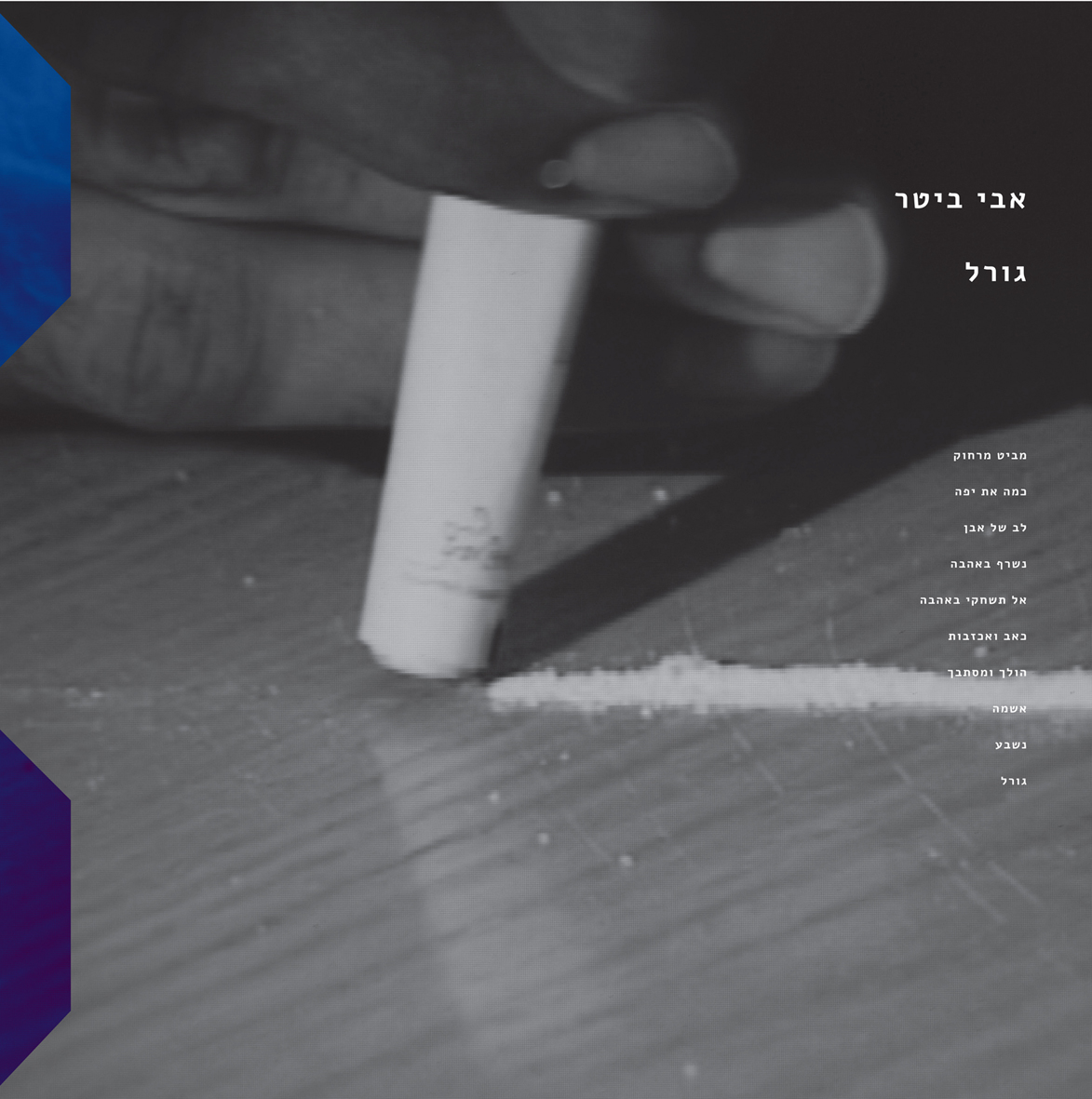 The choice of an “album” as a format is not coincidental, nor is the use of a specific graphic language. The graphic context has changed and has undergone an ostensible “elevation” by placing it side-by-side with an oeuvre that is considered superior. That is, what is considered culturally superior or inferior in some cases both coincides and determines what is considered superior or inferior in design. The simple manipulation that blurs the existing “graphic order” exemplifies the power of design, even in cases that are ostensibly considered neutral or innocent. 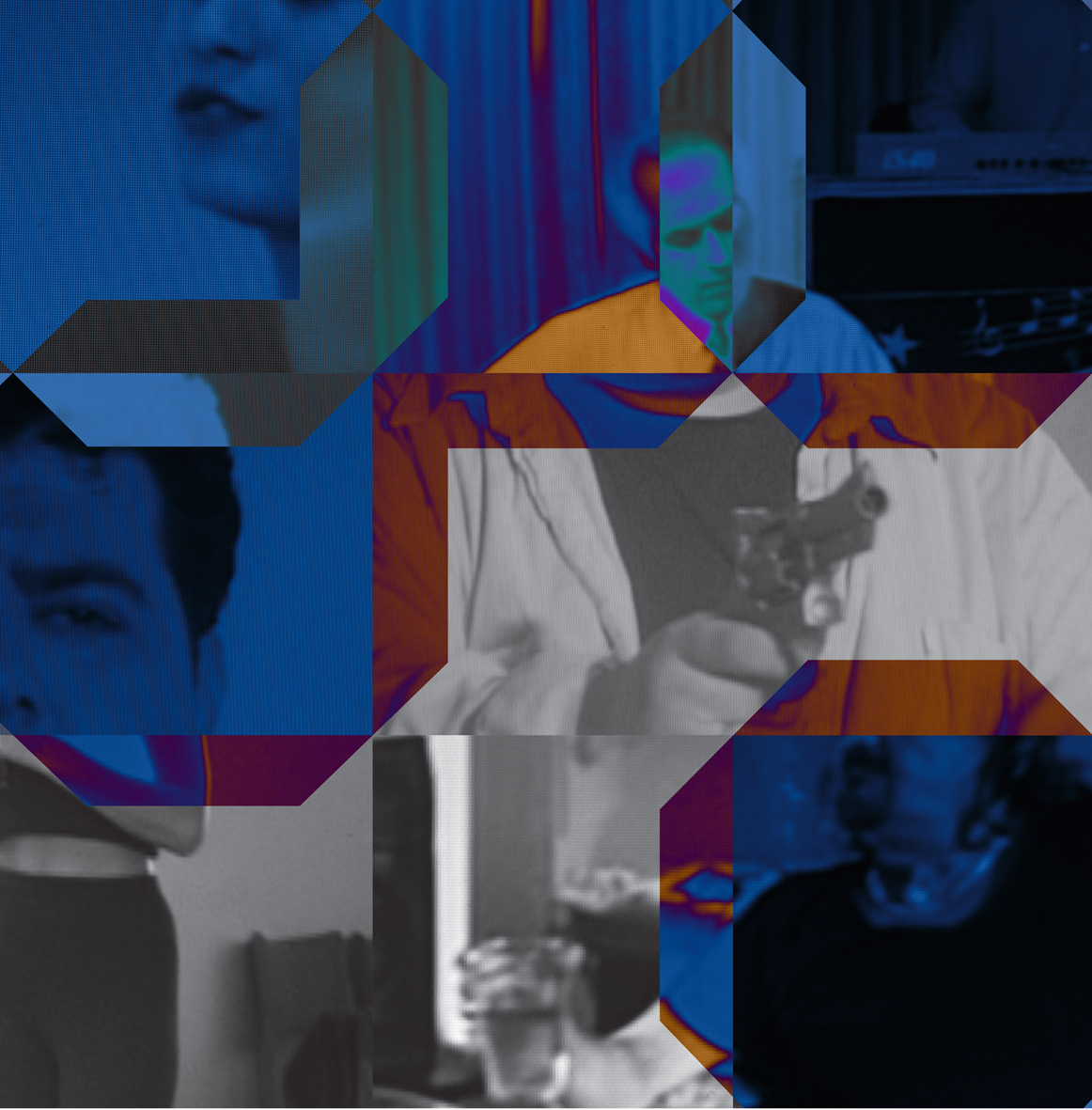 That said, is it possible (or desirable) to express musical or artistic messages and ideas in an objective manner? Designer Nisan Malchiel attempts to answer this question in his work “p127K.” He explains that “a letter used to design songs and headlines creating a leading image or a series of photographs – these are some of the tools that the graphic designer uses in order to collect a batch of songs or tunes to create an album. The album’s packaging tries to encapsulate the music into a visual element that will gain the attention of a potential buyer. That’s manipulation.”

Malchiel chose to neutralize the cover art of Depeche Mode’s latest album and describes Delta Machine as “an hour and 15 minutes and 16 seconds, a total of 4,486 seconds. The work (pictured below) is made up of 153 lines with 30 cells. Every numbered cell represents a specific second of the album. Every word that appears in the work appears at the exact corresponding second on the album. If the singing of the word lasts several seconds, the cells are connected. Musical moments without lyrics are represented by empty cells. The word does not include punctuation or capital letters at the beginning of sentences. The only parameter is the length of the singing.” 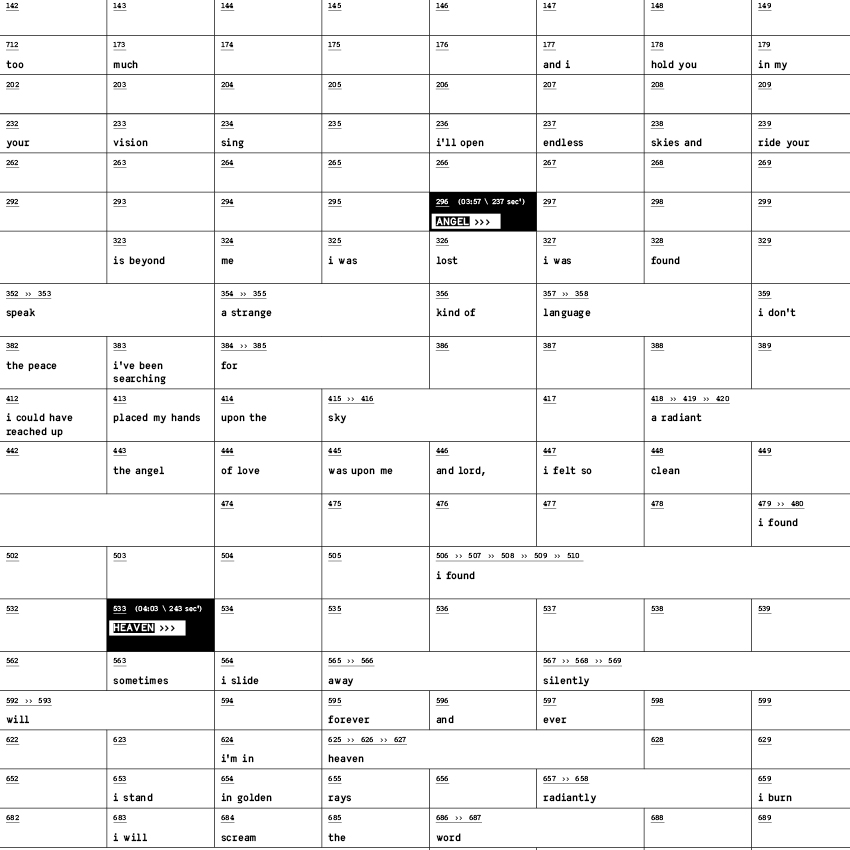 The main question that arises from Malchiel’s work is whether his work depicts something of the content it pretends to describe? Is it truly neutral or does it serve a hidden graphic or thematic agenda? The average agitator does not call himself that, and he/she exists simply to reveal the truth in a place where everyone lies. More than that, does his work miss the “point?” If we look at cinema along with other fabricators, it is possible to claim that man demands and longs to be manipulated – he wants myths and mythologies to created in his name. Perhaps mythology actually functions as a generator for humanity?