Blithely ignoring a bitter academic and political controversy, the Committee for Higher Education (CHE) in Judea and Samaria voted Tuesday evening to grant the Ariel University Center of Samaria (also referred to as Ariel College) the status of a fully accredited university. After a few more formalities, the West Bank institute, established in 1982, is expected to be accredited beginning this autumn.

Along with the Ariel Cultural Center, this decision drives home Israel’s permanence in the West Bank. It also represents the bizarre military takeover of academia – since formally the IDF commander of the Central Command, the highest authority in the West Bank, has to approve the accreditation. For those who have never lived under occupation, there has rarely been a policy move that looked and felt so much like the actions of a military regime. Further, the new University will surely cater exclusively to Israeli citizens, as it does today. In other words, within the West Bank, it serves the minority and dismisses the majority – call that what you will.

As the school celebrated – animated fireworks burst cheerily on its website – a wide range of outraged public figures lashed out on both political and professional grounds. Earlier this year one thousand professors signed a letter opposing the move, concerned about the inability to fund Israel’s seven existing, cash-starved universities.  Remarkably, the head of the Weizmann Institute of Science said that he would boycott the college should recognition be approved, Haaretz reported. To face down this opposition, Finance Minister announced that he had personally earmarked NIS 100 million for the college so that the money would not come from the education budget. “He set that money aside some time ago,” said Beni Reuven Levy, Dean of the School of Architecture, proudly, in a phone interview Tuesday evening. It’s hard to imagine where that money did come from.

Manuel Trajtenberg, the erstwhile government emissary to the J14 protest, is the chairman of the government’s Budget and Planning Committee. He was so incensed at what he viewed as a purely political move devoid of all pretenses of professionalism, that he sent an angry memo to the head of CHE-Judea/Samaria, attacking its legitimacy and writing that the move would “fatally harm academia,” according to Haaretz.

Reporters from state-run media outlets could barely contain their excitement, treating the news as a sweeping national drama. “The Center has been waiting for this for years,” crowed the announcer on Reshet B radio, explaining without a trace of irony that the drive for recognition goes all the way back to 2005.

Dean Levy of the School of Architecture was in a very magnanimous mood Tuesday evening. He brushed aside accusations that the school is an exclusive institution for the ruling minority in the area: “It is 100 percent incorrect to say that.” He described the vast diversity of the student body, noting that the college has the highest percentage of Arabs of all Israeli schools, including some from East Jerusalem and surrounding villages. They all have blue Israeli ID cards. Palestinians? “The university is open to people from other places, but none of them ever applied. We assume that it’s because they are afraid of their neighbors, or for ideological reasons, but as far as we’re concerned, it’s open.”

Member of Knesset Zahava Galon, head of the Meretz party, scoffed at that. Ariel, she told me by phone, is off limits for Palestinians very simply because it is an Israeli-controlled settlement. Just as a West Bank Palestinian can’t go to Jerusalem or Tel Aviv easily, they are equally unwelcome in Ariel. For her, the move reeked of hypocrisy. “It’s a higher education committee approved by people in uniform, so what is the substantive meaning? It’s unbelievable.” She called it a sign of the government’s true program of “creeping annexation,” and remarked that it would legitimize the global movements calling for the academic boycott of Israel.

Personally, I’m biting back my anger. I have spent years working towards my doctorate at Tel Aviv University. It’s dragged on because I’ve worked full time as a consultant to pay tuition and support myself, suspending myself during semesters when work was too intense. Despite my tuition payments, the university can’t afford enough security guards, so the gate near my faculty closes at midday. If I arrive after 12:31pm, I walk an extra leg uphill in the burning sun to the next gate, then walk all the way back to my building, which invariably makes me five minutes late.

As a freelance consultant, I also pay National Insurance. That’s the agency that drove Moshe Silman to self-immolate after tormenting him for a 15,000 debt. I avoid such debt by meeting steep monthly payments. Yet were I to have a slow year (say, because I was working on my thesis), there’s no unemployment insurance and therefore no quarter for me – the glitch of being a freelancer.

So now that I’m entering the last year of my program, I planned to immerse myself in research. For the first time, I looked for funding, but the departmental doctoral adviser said sympathetically, “it’s our weak link.” I pored over academic grants; most of them were for security-related studies. Finally, I applied for a “subsistence grant,” which covers tuition (about NIS 7000) and a maximum of NIS 4000/month – just over $1000.

Yesterday I was told there’s a good chance I won’t get it, because there just isn’t enough to go around. Today I know why – 100 million shekels are going to a new university as part of the permanent Israeli takeover of the West Bank. Now I know what I’ve been working for, and paying for – I didn’t want that, and I’m not celebrating.

But when the University of Ariel throws open its doors to the Palestinian and Israeli people of the West Bank, and wields its apparently unlimited political power to demand the immediate removal of all movement restrictions preventing any such resident from reaching the school – when it becomes a beacon of equal opportunity and rights for all people in deeds and not in Orwellian rhetoric, when the city of Ariel is transformed into a vibrant university town bubbling and bustling with the cultural, ethnic, linguistic and national diversity of the Palestinian and Israeli students and faculty – a model for the equality of human life inherent in the single state that it is, de facto, establishing – then I will celebrate.

BECOME A MEMBER
More About settlement 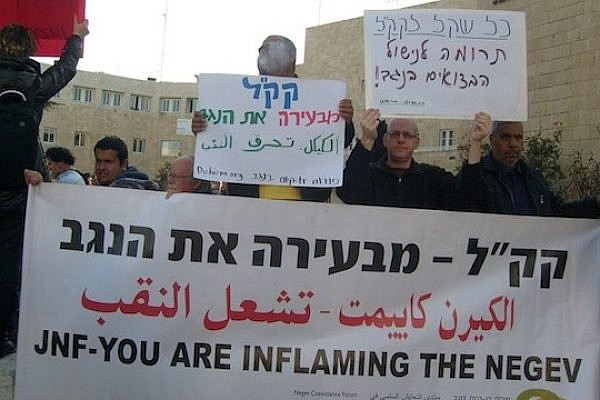 How to gauge the effectiveness of protest: A response to Roee Ruttenberg
Until we find a way of measuring the efficacy of one form of protest or another, surely we must encourage all forms and enable all those who desire change to express their desire in the way they think will be most effective. By Yonatan Preminger Roee Ruttenberg’s recent post criticized the way a group of…
By +972 Magazine October 11, 2012 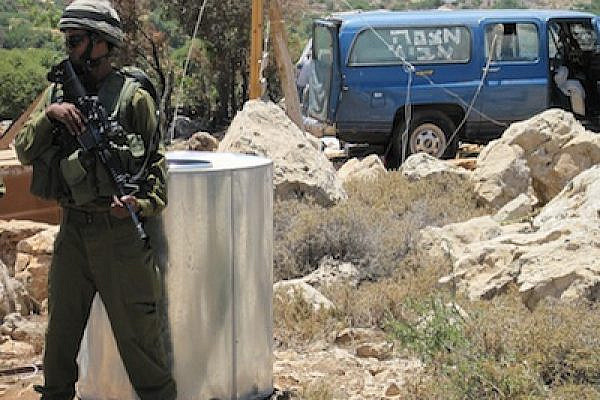 Latest settler outpost demolition: Too little, too late
News of a demolition is not indicative of the termination of an outpost but rather illustrates that it is alive and kicking. Here is the story of one such outpost. The IDF Civil Administration demolished the illegal outpost known as “Mitzpeh Avichai” near Kiryat Arba in the southern West Bank Wednesday night for at least the…
By Mairav Zonszein January 12, 2012 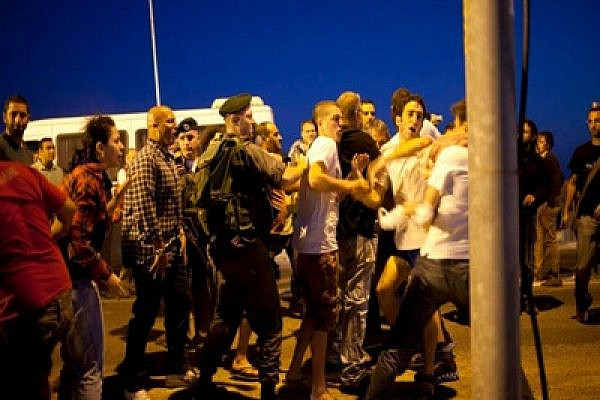 23 Israelis and Palestinians injured in settler attack outside Jerusalem
23 Israelis and Palestinians injured – some including broken bones and bloody gashes – in an attack by settlers from the settlement of Anatot just outside Jerusalem, West Bank According to Israeli activists, on Friday morning (Sept 30) Palestinian and Israeli activists were attacked by settlers near the settlement of Anatot, which is about 20…
By Mairav Zonszein September 30, 2011