On Wednesday two leading Palestinian activists from Silwan were arrested in separate incidents. Adnan Gheith, who is to start “serving” his four-month expulsion order from Jerusalem next week, and Jawad Siyam, leading activist in Silwan and director of the Wadi Hilweh Information Center. 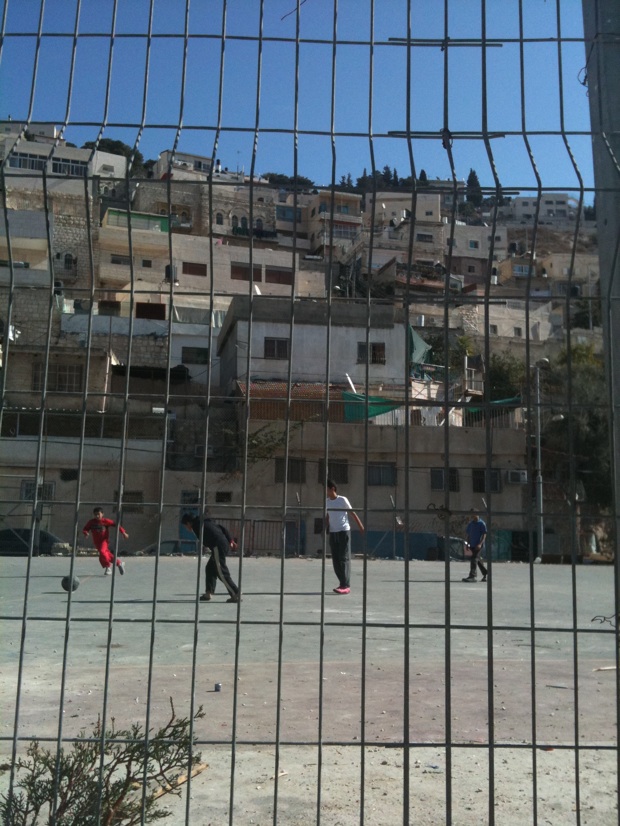 The exact details behind each arrest and the veracity of the charges are not entirely clear, so this report will be updated as need be when more information surfaces. It is important to note that while all these arrests are well situated in a political and hegemonic context, they do reflect the complex and charged nature of the situation in East Jerusalem.

In Adnan’s case, he was charged with verbally threatening a Jewish settler of Silwan, and was released on bail for NIS 2,500 this morning (Thursday). The precise circumstances of the incident are not clear.

In Jawad’s case, the Wadi Hilweh Information Center where he works reported that police forces stormed the center yesterday afternoon and arrested him in front of children who were participating in a workshop. He is charged with assaulting a Palestinian, who has been rumored to have sold property in Silwan to Jews and is therefore considered a “collaborator.”

Here is a clip of Jawad speaking on 60 minutes about the problems in Silwan caused by the City of David.

Sources from the Sheikh Jarrah Solidarity Movement stated that the police conduct appeared improper, since the police representative admitted during the court hearing that Siyam’s interrogation was, among other things, of political nature. They questioned him about his role in the Silwan Popular Committee, its information center and his alleged connection to the Palestinian Authority, all unrelated to the file charged against him. Also, the timing of his arrest is peculiar, as it comes weeks after the alleged complaint against Siyam was submitted and the decision to bring charges against him for the alleged assault was taken only after he was detained and interrogated on the other issues.

During the hearing the police presented classified information to Justice Alexander Ron of the Jerusalem Magistrate Court that Siyam and his defense attorney were not permitted to view, thus he could not defend himself against it.

Although the police admitted that there is no evidence tying Siyam to the event besides the claim filed by the complainant, it has refused to collect other eyewitness testimonies, which support Siyam’s version.

The court’s backing of the police’s position was clear when the judge allowed the police to decline to answer questions posed by Siyam’s attorney and left him uncertain of basic facts in the charges brought against him, such as the time of the event.

At the end of the hearing, the police demanded that Siyam stay in custody for six more days but the court prolonged Siyam’s arrest for only two days (till Friday). His lawyers appealed, and the court agreed to hold another hearing today, which will be reported on here as soon as information is released.