Battle between Congress and the President over status of Jerusalem will go to Supreme Court. Meanwhile, Prime Minister Netanyahu called off Israeli plans to build more homes in East Jerusalem ahead of a trip to Washington.

Haaretz is reporting that a boy named Menachem Zivotovsky who was born to American parents (who moved to Israel) in a Jerusalem hospital in 2002 was denied having “Israel” listed as his birthplace in his US passport by a federal court in Washington. Thus far, only the “Jerusalem” was listed as his birthplace, since the US State Department has a “neutral” policy in Jerusalem whereby it does not recognize any country’s sovereignty over the city and relates to it as a matter of foreign policy determined by the President.

Despite Israel’s claim since 1967’s capture of East Jerusalem that it the entire city is the “united and undivided” capital of Israel, East Jerusalem is considered disputed territory by the US and the entire international community, and this is why no country’s embassy is located in Jerusalem.

However, the court case, which will go to the Supreme Court in the fall, highlights the battle that has been waged for nearly two decades between Congress and the White House over how to define Jerusalem. In 1995, Congress (with AIPAC  pulling the strings) passed the Jerusalem Embassy Act, demanding the US recognize Jerusalem as the eternal capital of Israel and to relocate the Embassy there by 1999, with the threat of withholding funds from the State Department’s budget for maintenance of government buildings abroad.  Since then, each successive president (Clinton, Bush and now, Obama) has applied its right to waive the act because it interferes with the Executive Branch’s exclusive right to determine foreign policy and cannot be dictated by Congress. 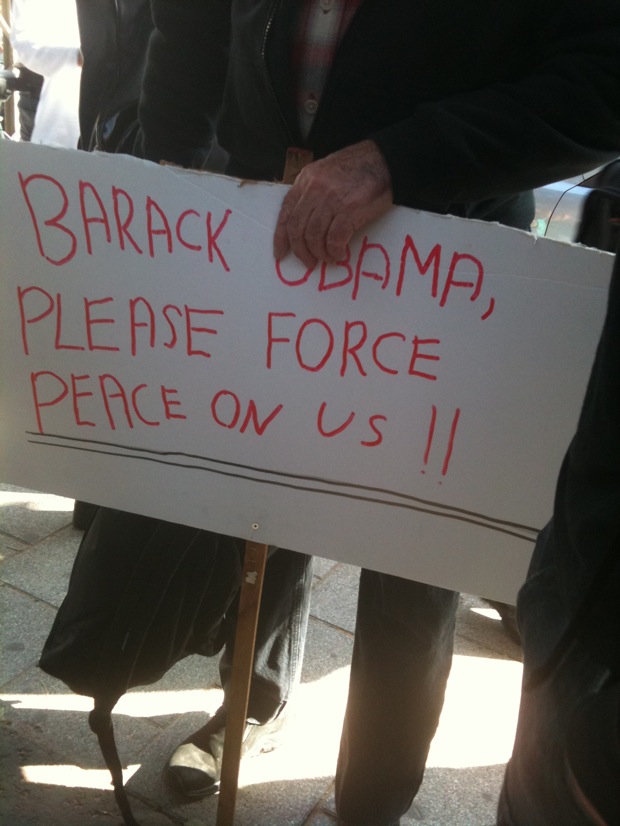 But in September 2002, Congress once again tried to flex its muscle by including a clause in the the Foreign Relations Authorization Act of that year that once again called for the embassy to be moved to Jerusalem and directed the State Department to allow births recorded in “Jerusalem” to be listed in US passports as part of Israel. Menachem Zivotovsky was born about a month after this act was signed into law.

The story adds another layer to the sensitive core issue of Jerusalem in a potential peace agreement between Israelis and Palestinians and how it affects US-Israel relations. The Obama Administration has been especially critical of Israeli construction in East Jerusalem, since it unilaterally predetermines facts on the ground and prevents the establishment of a Palestinian capital there.

Any US recognition of Israeli sovereignty over Jerusalem would put another nail in the coffin of US ability to constitute a genuine broker of peace between Israelis and Palestinians and directly conflict with its stated policies of ending settlement construction and promoting the establishment of two states living side by side, each with a capital in Jerusalem.  If the Supreme Court rules in favor of the American couple in the fall, the Obama Administration will have a lot of explaining to do.