Unlike Palestinian citizen of Israel Majd Kayyal, veteran Israeli journalist Itai Anghel says he’s never been arrested — or even warned — over his numerous reporting trips to ‘enemy states,’ although he violated the same laws in doing so. 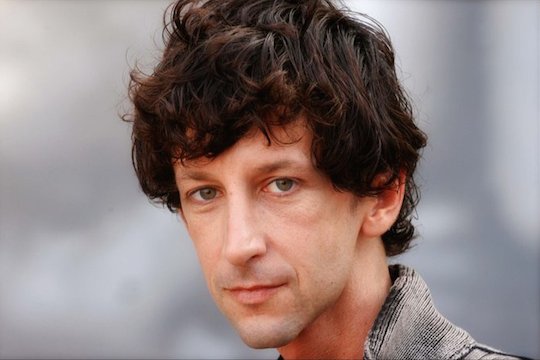 “I wasn’t even planning to go into Syria,” says veteran TV correspondent Itai Anghel, who last year became the first Israeli correspondent to report openly from the devastating civil war. “Our assumption was that this would be too dangerous. We went to interview Syrian rebels in Turkey, right on the border. The rebels in Aleppo have a corridor right up to Turkey, which is something you don’t have in other fronts. So they come out to Turkey to rest up, regroup and come back. This is where we wanted to meet them. What actually happened was that we went into Syria, and not even my editor knew about it at the time.

Were you deterred at all by the fact that it’s illegal for Israelis to travel to “enemy states”?

But it is illegal.

I really don’t think about these things. I covered a lot of places with which we don’t have diplomatic relations: Pakistan, Afghanistan twice, four times in Iraq, Lebanon (during the war), and a few other places.

Were you ever detained upon return?

I was never detained or questioned. And it’s not like I traveled secretly – the entire country saw it in prime time on Channel 2. Nobody every told me anything, and for all I know, this doesn’t really happen – this law has no teeth to it. I heard that once upon a time they detained Ron Ben-Yishai to ask him a few questions, when he went into one of the forbidden countries, but even that was over after an hour or two.

Did you obtain permission to go there?

What permission? I never asked anyone. I’m telling you even my editor didn’t know about it last time. Any trip I make to the field actually depends on this – on no one knowing.

Majd Kayyal does not have any of the privileges enjoyed by Anghel – a prominent foreign correspondent for Uvda (“Fact”), the flagship investigative program of Israel’s main commercial channel. Unlike Anghel, Kayyal was arrested immediately upon his return from Beirut, after reporting on a conference he participated in for the Jadaliyya website. The pretext for the arrests was departing Israel unlawfully (meaning, entering an enemy state), and contacting a foreign agent (a charge that was dropped a few days later). The detention went on for five days, in a windowless room, without the right to counsel and under a blanket gag order that stopped most Israeli media (and controversially, the New York Times) from reporting on the affair in real time. There is every reason to believe that if it wasn’t for the swift action of Kayyal’s colleagues at Adalah and the rendering of the gag order ridiculous by foreign and independent local media who ignored the ban, the “intense,” unmonitored interrogation would still be going on.

The same transgressions – visiting an enemy state and meeting foreign agents – can be applied to what Anghel was doing in Syria, and to what any number of other Israeli reporters have done on their reporting trips behind enemy lines. So far, the only publicly known difference between these reporters and Kayyal was that they were Jewish, and he a Palestinian.

Why did you decide to go into Syria?

We met up with the rebels in Turkey, and we asked to travel with them and film the Syrian border from the outside, just like we do in Israel, on the Golan Heights. I asked them a lot of question – how they go in and how they come out. They told me how they smuggle themselves across, and then they said – if you want to come in, we can smuggle you in the same way. My basic assumption was that it was too dangerous. Two friends of mine, journalists I’ve worked with in Egypt, were killed in Homs not too long before.

And then I thought – maybe because it is so dangerous, I should check and look into it a bit more, but then I realized it’s the other way around. That I have a unique opportunity to go into Syria. It’s the most monitored border on the planet. As soon as I check anything, whether by phone or online, they’d intercept me then and there. If I make a call to my editor to ask permission, I’m done for. Here I am having a direct, unmonitored interaction. The only chance I have to go into Syria is within these entirely unplanned circumstances.

Have you heard about the arrest of the journalist from Haifa who traveled to Beirut?

I have. I still don’t know the details and what exactly they want from him. I can only say that no one ever did anything to me when I was visiting countries considered enemy states. And that real journalistic work is often done beyond these borders.