Israeli activists had hoped to join Palestinians to protest a new settler-only road that would uproot hundreds of olive trees. The Israeli army saw to that.

The Israeli army prevented dozens of Palestinians and Israelis from protesting together against the expropriation of 25 acres of agricultural land near the West Bank city of Qalqilya on Saturday. 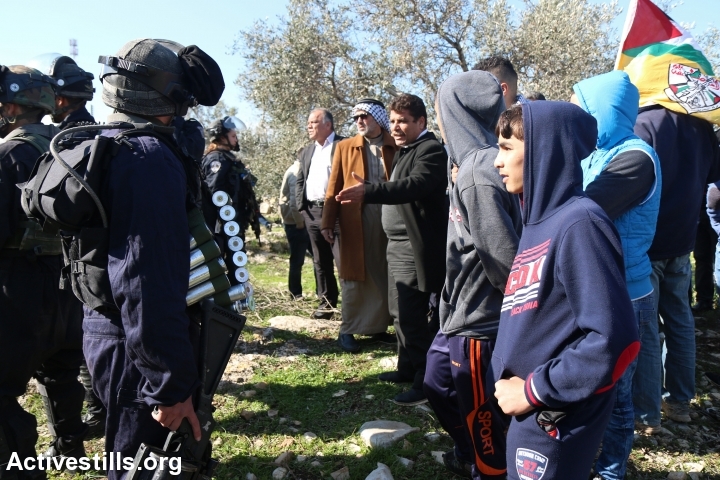 Dozens of Palestinians protest against the expropriation of their land for the purpose of building a settler-only bypass road, Nabi Elias, West Bank, January 7, 2016. (Ahmad Al-Bazz/Activestills.org)

At around noon on Saturday, 70 Palestinians left the village of Izbat a-Tabib and marched toward Route 55 in order to protest plans to pave a new settler-only road, which would include uprooting 700 olive trees and would separate farmers from more than dozens of acres of their land. Shortly after the demonstrators reached the area slated for expropriation, Israeli soldiers arrived on the scene and declared it a closed military zone. The soldiers also arrested two of the demonstrators and pushed the rest back into the village.

Meanwhile 60 Israeli activists attempted to cross Eliyahu checkpoint on a bus and in several private cars in order to join the Palestinian protest, which was planned in coordination with Palestinian and Israeli activists from the anti-occupation group, Combatants for Peace. While cars usually pass through from Israel to the West Bank without any inspection, this time soldiers and police officers inspected every vehicle for potential demonstrators. 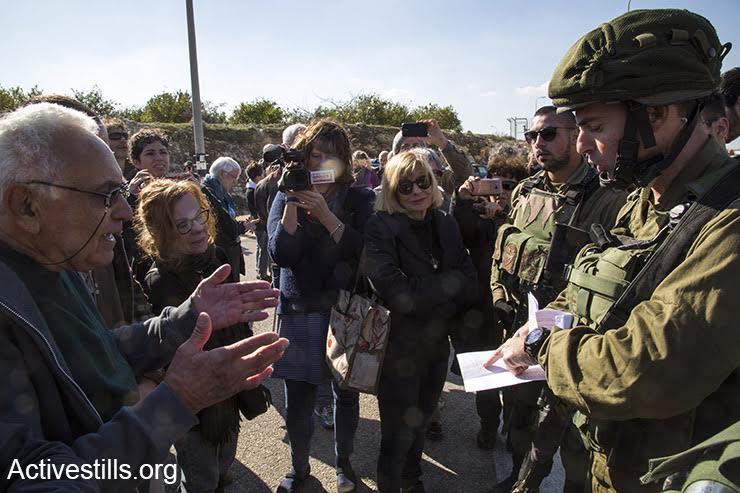 Soldiers prevent Israeli activists from passing through the Eliyahu checkpoint on their way to a joint Palestinian-Israeli nonviolent demonstration against land expropriation, January 7, 2017. (Keren Manor/Activestills.org)

The soldiers identified the bus and the cars carrying the activists, warning them — and only them — that they were entering a closed military zone, and that they could not pass through the checkpoint. Other cars were allowed to pass. Activists from Combatants for Peace tried to convince the soldiers that they were on the way to a meeting with Palestinians, and that there was no justification for preventing them from passing through the checkpoint. 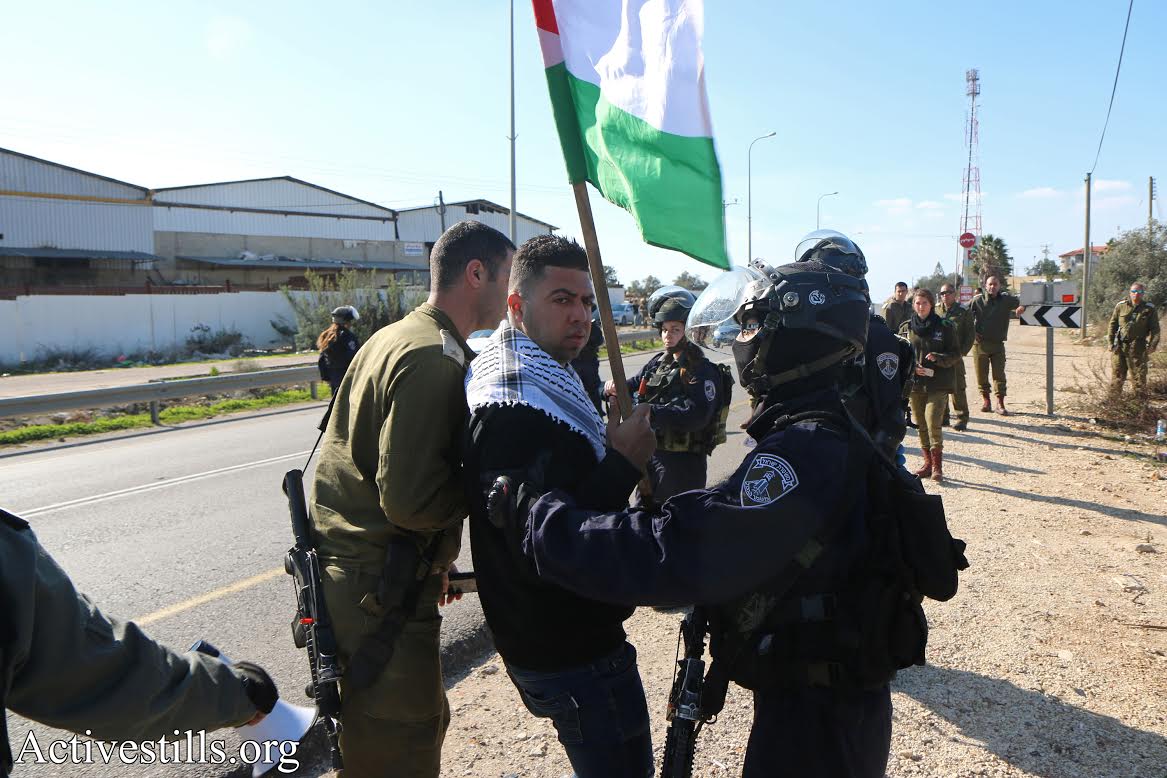 The majority of the activists were forced to return home, yet a small group was able to make it to the village through a different route. A number of activists and residents then put up signs ribbons on trees slated for uprooting. 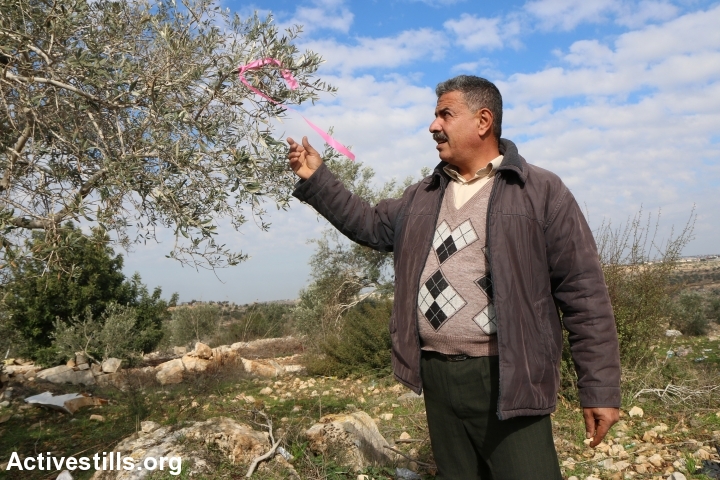 In December 2015 the army published expropriation orders for approximately 25 acres of agricultural land belonging to the Palestinian villages of Azzun and Nabi Elias, east of Ramallah, in order to pave a new settler-only road that would bypass Nabi Elias. The decision was made as part of a compromise with the Yesha Council, the umbrella organization that governs Jewish settlements in the West Bank. According to the text on the expropriation orders, paving the road is intended to “improve transportation between Nablus and Qalqilya.”

The landowners unsuccessfully petitioned the High Court against the plan, which will see the uprooting of 700 olive trees. According to the head of Nabi Elias’ village council Raed Khalif, those who will be able to prove ownership over the land will receive meager compensation for the property they lost — which makes up an essential part of their livelihood.