The Israeli army really wants to see Palestinian nonviolent activist Issa Amro in prison. We ask Issa why he’s facing 18 charges now, and what ‘winning’ would mean for him.

Nonviolent Palestinian organizer Issa Amro has been practicing and teaching nonviolent resistance and civil disobedience in the occupied city of Hebron since 2003, in part through the local activist group he helped establish and operates, Youth Against Settlements. Recently, the Israeli army announced that it plans to prosecute him for 18 separate charges going all the way back to 2010.

Almost all of the charges are related to his political activity and nonviolent action. Under Israeli military law, there is no legal avenue for Palestinians to protest or demonstrate politically. Amro’s activism, much of which is the basis for his current charges, has been reported by +972 here, here, here and here.

+972 sat down to speak with Amro earlier this month. In the three-part video interview below, Amro talks about the charges against him and why he thinks Israel wants to suppress his and others’ nonviolent resistance to the occupation, particularly in Hebron. “Winning,”he explains, would be if the entire Palestinian people adopted nonviolence and civil disobedience as their method of ending the occupation. Amro also discusses the Cinema Hebron project he is working on with Jewish partners from activist groups All That’s Left and the Center for Jewish Nonviolence.

Amro was scheduled to have his first court date for the long list of charges on Sunday, but the hearing was delayed at the last minute. Considered a human rights defender by many in the international community, his latest persecution by Israeli military authorities has spurred several activist campaigns and garnered international media attention. Earlier this year, Amnesty International said it believed Amro and another activist from Hebron had been arrested “solely for their peaceful exercise of their rights to freedom of expression and assembly.”

Issa Amro on the charges against him, and why he believes they are politically motivated:

Issa Amro on what “winning” means in his political struggle:

Issa Amro on the ‘Cinema Hebron’ project and how his and the lives of other Palestinian residents of Hebron are affected by Israeli settlers living in the middle of their city:

BECOME A MEMBER
More About Center for Jewish Nonviolence 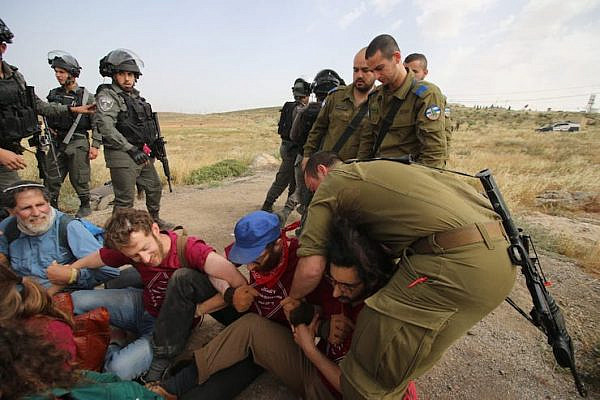 Israeli army arrests 17 activists, two journalists in South Hebron Hills
Hundreds of Palestinian, Israeli and international activists partnered together to repair a central access road in the South Hebron Hills. Israeli soldiers then declared the area a closed military zone, forcibly dispersing volunteers. By Arianna Skibell The Israeli army assaulted and forcibly arrested 17 people Friday after a group of more than 125 Palestinian, Israeli and international activists…
By +972 Magazine May 3, 2019 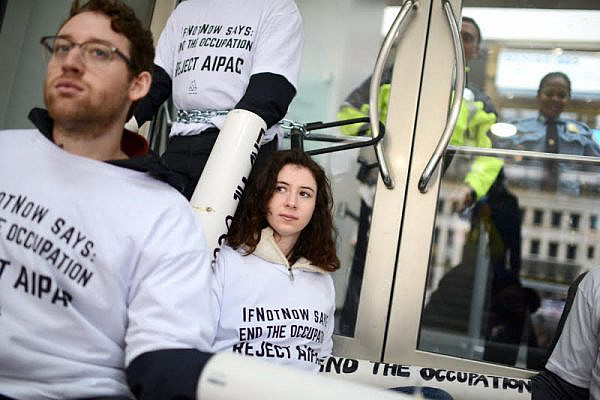 Why young Jews don’t trust what their institutions say about Israel
Growing up, I found that the Conservative movement embraced nuanced approaches to Torah, yet that critical approach never extended to discussions of Israel. Questioning Zionism was verboten.  By Eliana Fishman It was the summer before eighth grade at Camp Ramah in the Berkshires, a Jewish summer camp affiliated with the Conservative Movement. I was 12 years old.…
By +972 Magazine September 14, 2017