Left-wing Jewish and Arab parties come together to protest the rightward shift of Israel’s already far-right government. ‘We’re first and foremost against the government but there are also certain people in the opposition who forgot what their role is,’ Zandberg says. 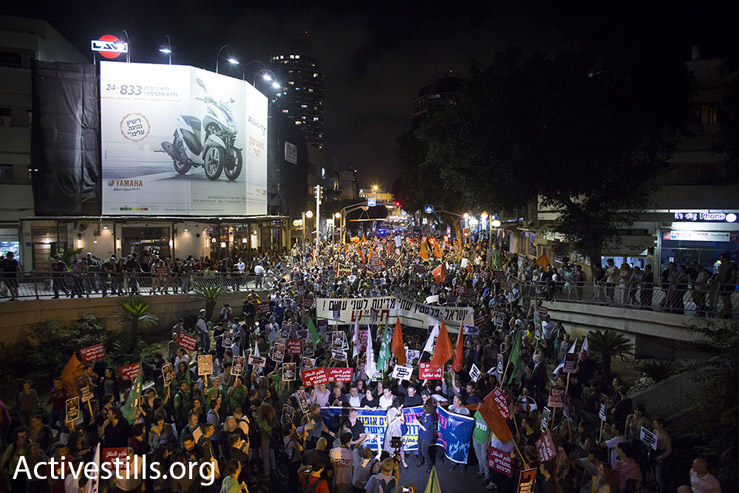 Some 2,000 Arab and Jewish Israelis march through Tel Aviv against the country’s right-wing politics, May 28, 2016. (Oren Ziv/Activestils.org)

Marching and delivering speeches together for the first time since elections last year were Joint List Chairman Ayman Odeh and Meretz Chairwoman Zehava Galon. Both of their speeches emphasized the need for a joint Jewish-Arab response to the radical right-wing politics dominant in Israel today. Odeh went as far as saying that “there is a nationalist camp, there is a Zionist camp, and we need to create a democratic camp.” 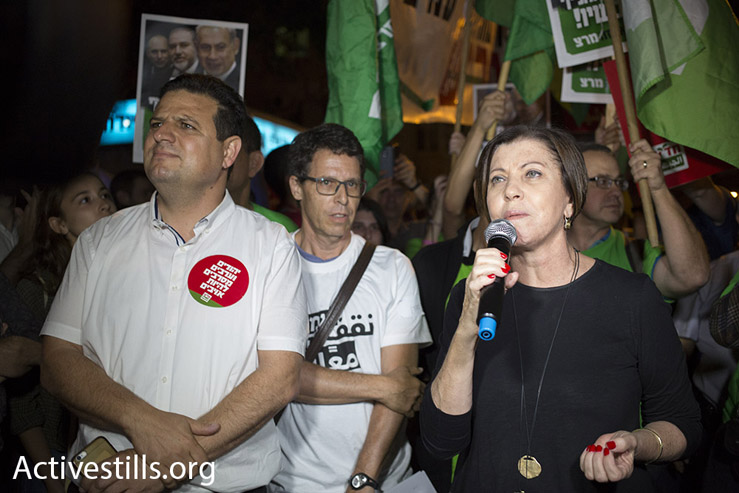 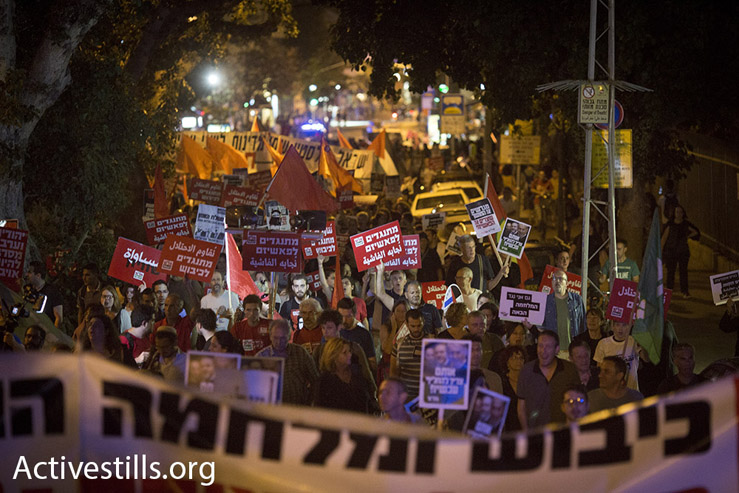 The march stopped in front of the ruling Likud party’s headquarters on King George St. in Tel Aviv, May 28, 2016. (Oren Ziv/Activestils.org)

Speaking with +972’s Hebrew-language sister site, Local Call, Meretz MK Tamar Zandberg explained, “we’re building an opposition, first and foremost against the government but we also oppose certain actors in the opposition who have forgotten what their role is.”

The following is a live video feed I broadcasted from the protest:

The makeup of the political parties represented and the rhetoric used Saturday night sparked speculation that the protest could signal the start to broader cooperation between Meretz and Hadash, the latter of which is one of several parties that comprise the Joint List.

In one such analysis, put forward by Local Call co-editor Yael Marom, the two parties might be laying the foundations for a united front ahead of the next elections. During the previous election cycle, Hadash MK Dov Khenin spoke about building “a broad democratic camp.” 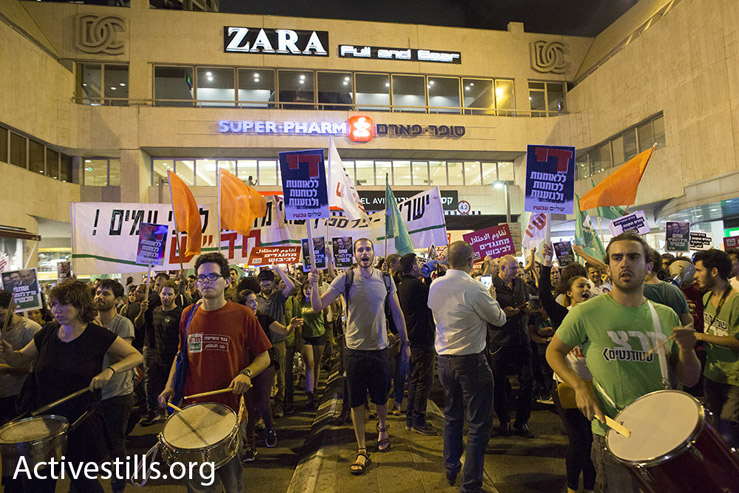 A source in Hadash, who asked not to be named, later said that in response to the growing racism and far-right politics in Israel that it was decided to strengthen Arab-Jewish cooperation between Meretz and the Joint List. The intention, the party source added, is to strengthen the collaborative work in the Knesset and to step up activities on the street, like the protest in Tel Aviv and monthly anti-occupation marches in the West Bank. However, the party source denied any intention of altering the current electoral blocs.

The protest in Tel Aviv was organized by “Standing Together” and “Peace Now,” and was put together in response to the appointment of Avigdor Liberman as defense minister, which pushes the current far right-wing government even further rightward. 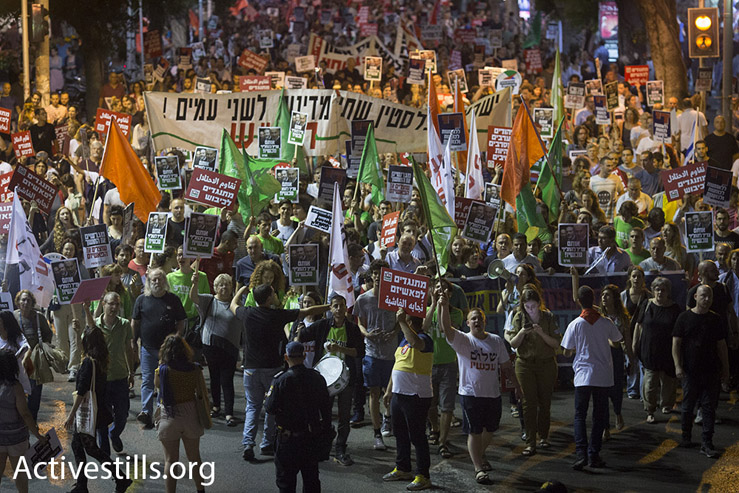