It’s pretty difficult to pinpoint anything resembling a starting point for the latest violence; prior to last week, Israeli forces killed 19 Palestinians since July, compared to four Israelis who were killed. The violence is neither unilateral nor arbitrary. 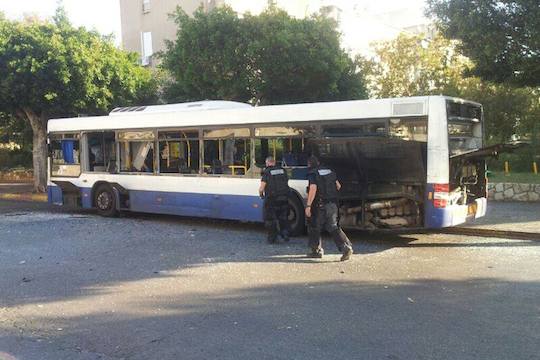 Damage after a bomb exploded on an Israeli bus in the Tel Aviv suburb of Bat Yam, December 22, 2013. A policewoman’s eardrums were damaged in the attempted attack. (Photo: Israel Police)

The latest escalation between Israel and the Palestinians has taken lives on both sides over the last week. The Israeli media is now describing the violence as a new “wave of Palestinian terror.” Commentators have said that it’s not clear yet whether this is a third Intifada, indicating an organized uprising, since the attacks appear to have been perpetrated by individuals. But they are unquestionably acts of terror.

Israeli media tells a very simple story: the attacks are happening to us unilaterally and unpredictably, their arbitrary nature makes life in Israel terrifying and fragile. The only possible explanation for the uptick in Palestinian violence, observed Israeli officials such as Police Commissioner Yochanan Danino and Defense Minister Moshe Ya’alon, is that Palestinian extremists hate the peace negotiations currently underway.

Consider the main violent events over the last week. The IDF ambushed and killed two Palestinians on Thursday, December 19, in separate incidents that took place in Jenin and Qalqilya. The army told news agencies that the men were wanted for shooting at soldiers, which Palestinians dispute in at least one case.

The next day, Friday, December 20, IDF shot and killed a Gazan civilian and wounded his brother, both in their 20s. Ynet quoted the IDF spokesman saying the two had approached the fence in an attempt at sabotage, and did not respond to warnings. Haaretz later reported that the wounded brother said the two were collecting plastic and metal scraps. The report added that they were known in the neighborhood as having made their living collecting plastic and metal shards from the dumps. Garbage scrounging is a familiar source of income for some Palestinians, in the West Bank as well, so this is not an unreasonable prospect.

On Sunday, an Israeli passenger noticed an unattended bag on a municipal bus in Bat Yam, a working class suburb of Tel Aviv. He alerted the driver, who ordered everyone off the bus and called the police. Ten minutes later, the bag exploded. The bomb was apparently mid-sized, blowing out windows and injuring the eardrums of a policewoman due to the noise. There has been no definitive information on the perpetrators, nor claim of responsibility; as of Wednesday evening, Israeli television reported that authorities are still exploring possible criminal as well as “nationalist” motives. Hamas and Islamic Jihad expressed support for the attack via Ma’an news but stopped short of claiming responsibility.

The next day an Israeli policeman in the West Bank was directing traffic when he was stabbed; he phoned his brother while the knife was still in his back, and told him to tell their mother, gently, what had happened. He underwent surgery to remove the knife and is recovering.

On Tuesday, a Palestinian sniper in Gaza shot and killed an Israeli worker contracted by the Defense Ministry who had been repairing parts of the wall separating Israel from Gaza that had been damaged by the recent storm. Saleh Abu Latif was a young Bedouin man from the town of Rahat, and his family claims that he was sent to work in the dangerous area without a mandated bullet-proof vest.  In response, Israel launched airstrikes on six different targets in Gaza, accompanied by ground fire, killing two Palestinian civilians, the Times of Israel reported: a father and his three-year old daughter – and nine wounded. I wasn’t able to find out how many people in Gaza had injured eardrums. But Haaretz reported that in a totally separate incident the same day, a man was shot and wounded by IDF forces in the northern part of Gaza strip, apparently for approaching the security fence. Wednesday night, the IDF said it killed two people who it claimed were in the middle of planting a bomb along the Gaza/Israel border intended to strike Israeli army forces.

This roster highlights several things. First, it’s pretty hard to pinpoint anything resembling a starting point for the violence. Prior to last week, 19 Palestinians had been killed since July, compared to four Israelis. Second, if the general definition of terror involves violence against civilian targets for political aims, the “wave” of Palestinian terror is not an accurate description unless Israel counts Palestinian attacks on soldiers and police as terrorism, and discounts its own attacks on civilians. Third, the violence is neither unilateral nor arbitrary, if one follows events on the ground.

Finally, announcing yet another settlement expansion during peace negotiations as Netanyahu is expected to do will not only crush any trace of Palestinian President Mahmoud Abbas’s credibility – it is sure to encourage further violence. That Israeli President Shimon Peres argued “Gaza is not under any occupation,” implying that there is no fathomable reason for discontent in Gaza, is simply baffling. It means that the Israeli head of state has completely failed to grasp Palestinian political consciousness. Occupation in the West Bank is occupation in Gaza. It’s not that hard to understand.

Related:
‘Israeli troops shoot Palestinian teen in back near Ramallah’ 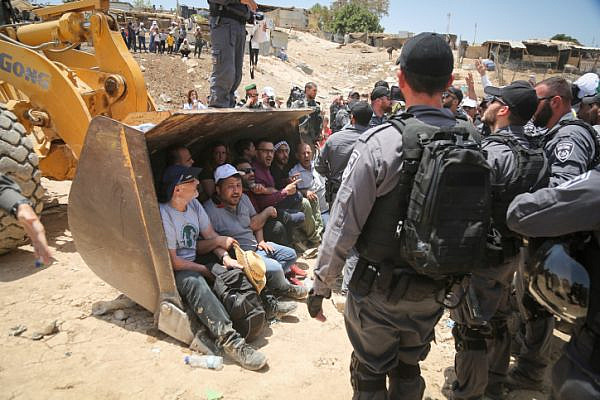 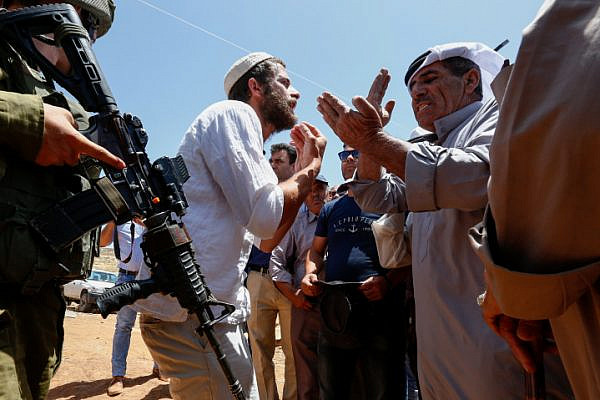